With just a little over two weeks until the 2017 NFL Draft, I thought it would be a good time to examine some of the prospects the Dallas Cowboys brought in for their allotted 30 pre-draft visits. Today I thought I would start with the Cowboys draft target running back\wide receiver Curtis Samuel and the reason why they would be interested in him to begin with.

I honestly found it a little strange the Dallas Cowboys would use one of their coveted 30 pre-draft visits on Curtis Samuel. Running back, and wide receiver for that matter isn't one of their bigger needs they need to address in the draft, especially with someone who is likely going to get drafted early on Day 2.

To me, Samuel would be a luxury for Dallas. But, since they did bring him in for a pre-draft visit let's take a closer look at the potential Cowboys draft target. 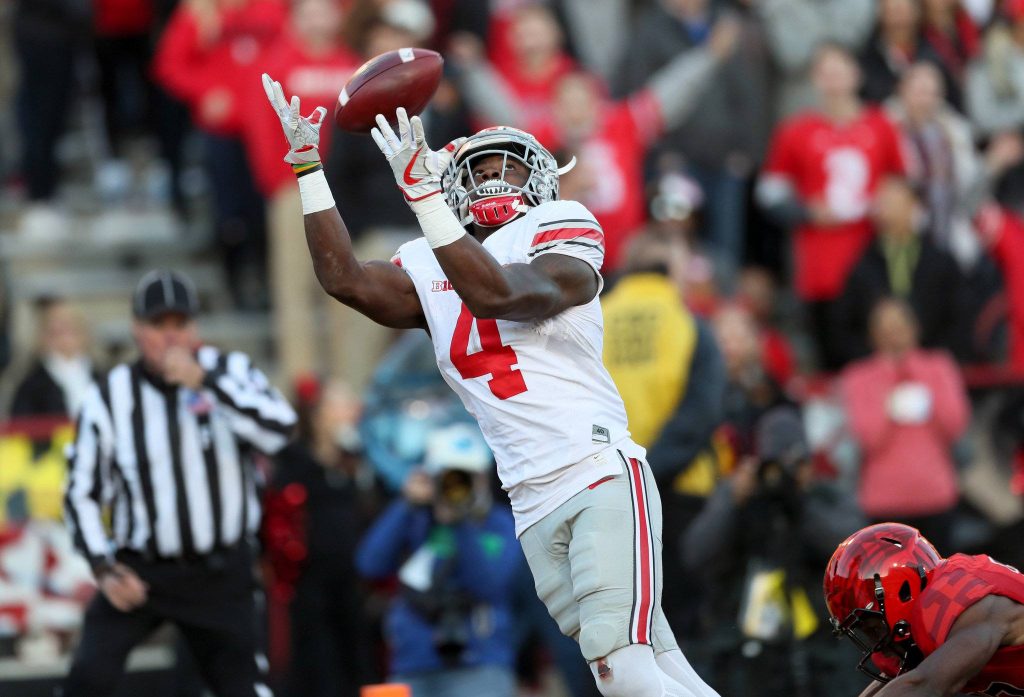 Curtis Samuel is a versatile offensive weapon that can be used in a variety of different ways in the NFL. Some of the “draft analysts” believe he is a better running back, while others believe he will make a better wide receiver in the NFL. He was also utilized on special teams as a kick and punt returner at Ohio State. It's that versatility that has probably piqued the interest of the Dallas Cowboys.

Samuel is a fluid athlete that has really balanced stop/start quickness in tight spaces. He has really good vision as a runner and can hit top speed almost instantly. He is a home run hitter nearly every time he touches the ball and possesses deceiving strength to fight off would be tacklers.

Samuel also possesses strong natural hands to be a threat out of the backfield as a receiver, which is why quite a few people are projecting him as a WR at the NFL level. He is a solid route runner and knows how to find open zones in coverage. 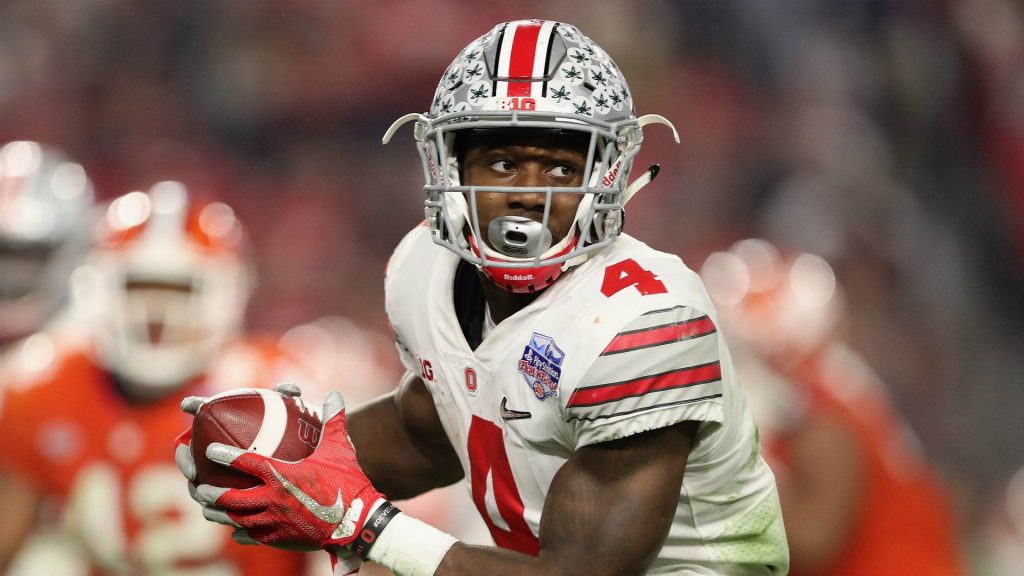 Curtis Samuel's biggest weakness is something that he has absolutely zero control over, his size. He is a bit of a tweener. He really doesn't have the size to be in every down RB in the NFL and would likely have to play out the slot as a WR. His lack of size also limits the amount of power he can run with between the tackles.

As a RB, Samuel needs to work on his patience. He needs to learn to let his blocks develop in front of him before making a move. He could also stand to improve his ball security. It's not a glaring need, but there is always room for improvement.

As a WR, Samuel has lapses in focus at times, which needs to be cleaned up if he wants to become a reliable target in the NFL. He also has a bad habit of letting the ball get into his body instead of making the catch with his hands. He has little experience with the jam against press coverage and will need to develop that skill set.

Overall, there is a lot to like about Curtis Samuel and the skill set he would bring to the Dallas Cowboys. He actually reminds me a lot of Percy Harvin and Christian McCaffrey.

The Cowboys can use him as their change of pace/third-down back and also find creative ways to get him involved in the passing game. He is a matchup nightmare for opposing defenses  and a home run threat every time he touches the ball.

Unfortunately, I think he is going to fall in no man's land for the Cowboys. I don't think they will consider him at 28 and I think he will be off the board when they are on the clock again at 60. I think he is a top 50 selection with first-round consideration.

Honestly, I don't think the Cowboys will draft a RB in the first three rounds of the 2017 NFL Draft, which means Curtis Samuel isn't likely going to end up in Dallas. Although, he could be a consideration if they are able to trade down into the early parts of the second round.

What do you think of Curtis Samuel as a potential Cowboys draft target?

I too found it a bit odd they used one of their 30 visits on him but there is a part of me that gushes about having him as n this offense. I think Morris is going to be cut and this could be McFadden’s last year so having Zeke and Samuel going forward puts us in a strong position going forward. However that’s a bit of fantasyland. I don’t know how many teams use any of their 30 visits as a smokescreen but he could be a smokescreen voice visit. Any player that is a fringe first round pick that Dallas can get someone to take in front of them at 28 just leaves more defensive players on their board to pick from. That might be a strategy, though perhaps a weak one.