The 2017 draft class is full of promising offensive players who could make an impact in their first season in the NFL. Like we saw with 2016 standouts Ezekiel Elliott, Jordan Howard, and Michael Thomas, sometimes being drafted by the right team can lead to a breakout earlier than expected.

During their rookie campaigns, some of the 2017 draftees will make some noise and, like their 2016 counterparts, the right landing spot can help tremendously.

Where are the ideal fits for this year’s top offensive rookies? 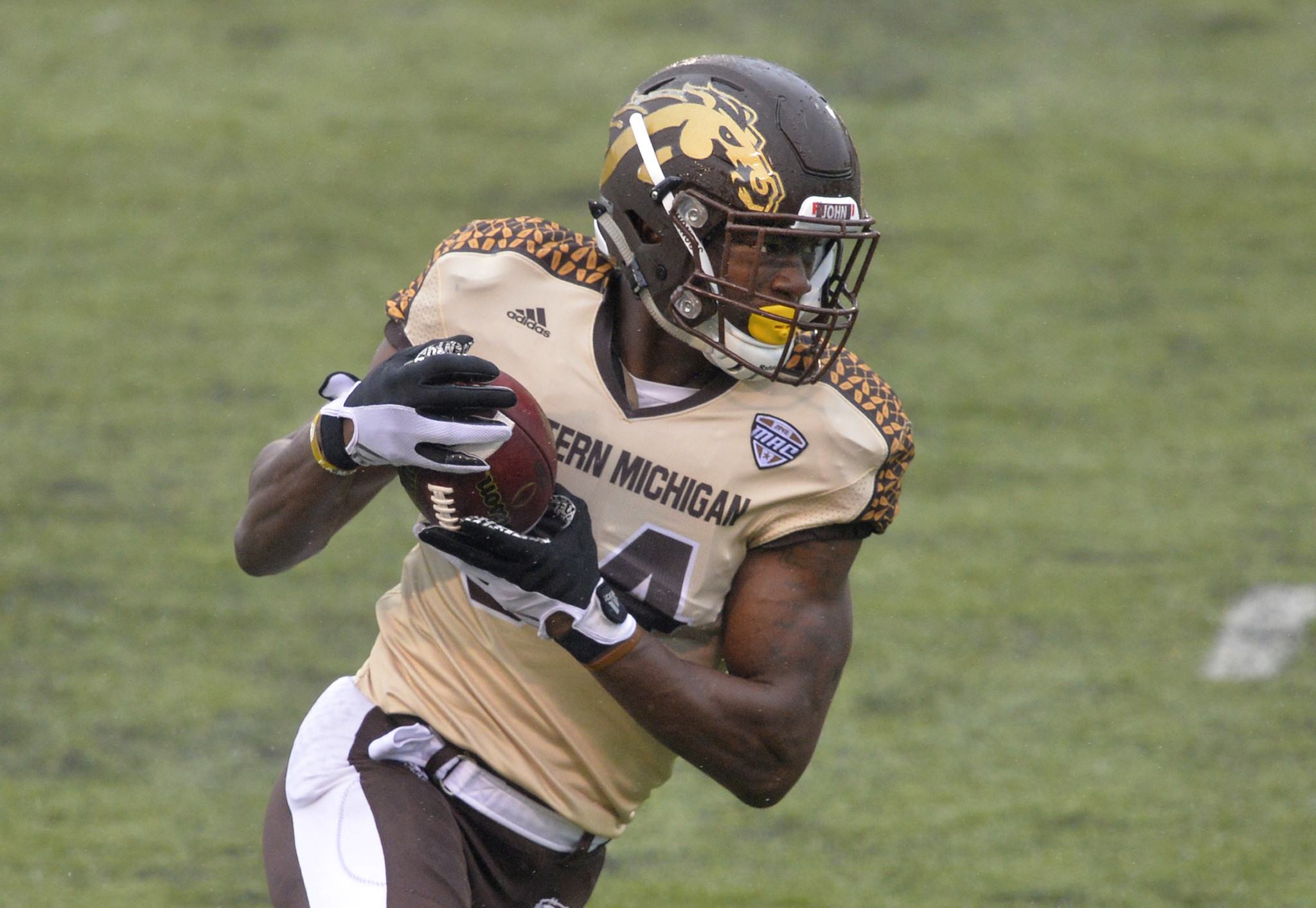 There is another wide receiver in the NFL who went to Central Michigan University; Antonio Brown.

Now I’m not saying that Corey Davis is going to be Antonio Brown, but that’s just a fun fact.

Corey Davis is by — most people’s estimation — the WR1 in this NFL Draft class. He runs all the routes, was a high-volume receiver, and he could win against man or zone coverage.

The knocks against Davis are his level of competition and current injury situation.

What might have been a top-10 lock prior to the scouting process has now become a question of “will he go in the first round?”

He has first round talent, but his inability to workout for teams has left many wondering about his health as we are now 10 days away from the draft.

It would surprise me to see him slide past a team like the Baltimore Ravens, who could really use a spark on the outside. When your leading receivers in 2016 were; 30-year-old Mike Wallace, 37-year-old Steve Smith, and 31-year-old Dennis Pitta, you need an injection of youth and play making ability in your offense.

Corey Davis checks all the boxes.

The Tennessee Titans have done a good job of building an offense that is friendly to their budding franchise quarterback, Marcus Mariota. They have a really good offensive line, solid depth at running back with DeMarco Murray and Derrick Henry, and have a decent, if not game changing, wide receiver group.

He’s a go-get-it wide receiver who was very productive and played well against one of the top defenses in the country in the National Championship game.

Pairing Williams with Marcus Mariota would pay huge dividends for the Titans and for fantasy owners who invest in him in fantasy drafts this season.

Tennessee currently holds two picks in the first round. If they don’t want to use number five, they could try to wait on him at 18 or trade up to get him. 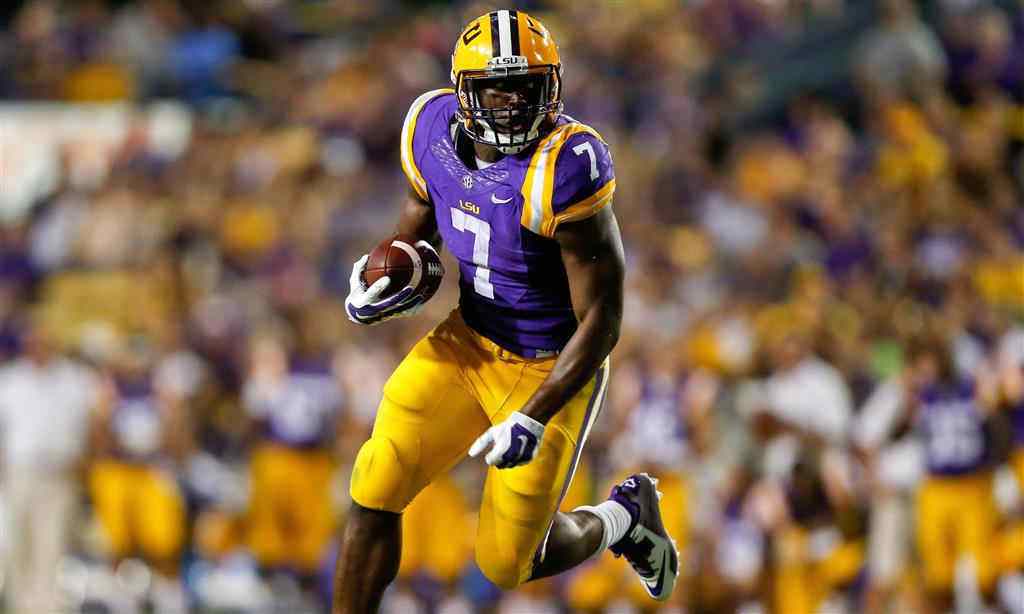 A lot of people have linked the former LSU Tiger to the Carolina Panthers and with an aging Jonathan Stewart and an underwhelming Cameron Artis-Payne, and that could make sense.

The one thing that troubles me is the Panthers heavy use of shotgun/pistol formations.

I know that the NFL is a shotgun league heading into the 2017, which makes Fournette’s ideal landing spot a tricky one.

Jacksonville seems to be a place where many people have linked Fournette. He has the size and speed to be at least an early down back for a team that has struggled to find a running game.

With neither TJ Yeldon or Chris Ivory able to eclipse 500 yards rushing in 2016, the Jaguars need to upgrade the running back position as well as the offensive line.

If you can’t fix both, you can get a runner who can get downhill fast, break tackles and pick up the dirty yards. They need to find a way to open things up for Blake Bortles to really give him a chance to succeed. With the defense they are building in Jacksonville, a solid run game could make them playoff contenders in 2017.

Other Fits: New England Patriots (Though not likely to be in position to draft him), Carolina Panthers (8), Cleveland Browns (12), Cincinnati Bengals (9), Indianapolis Colts (15). 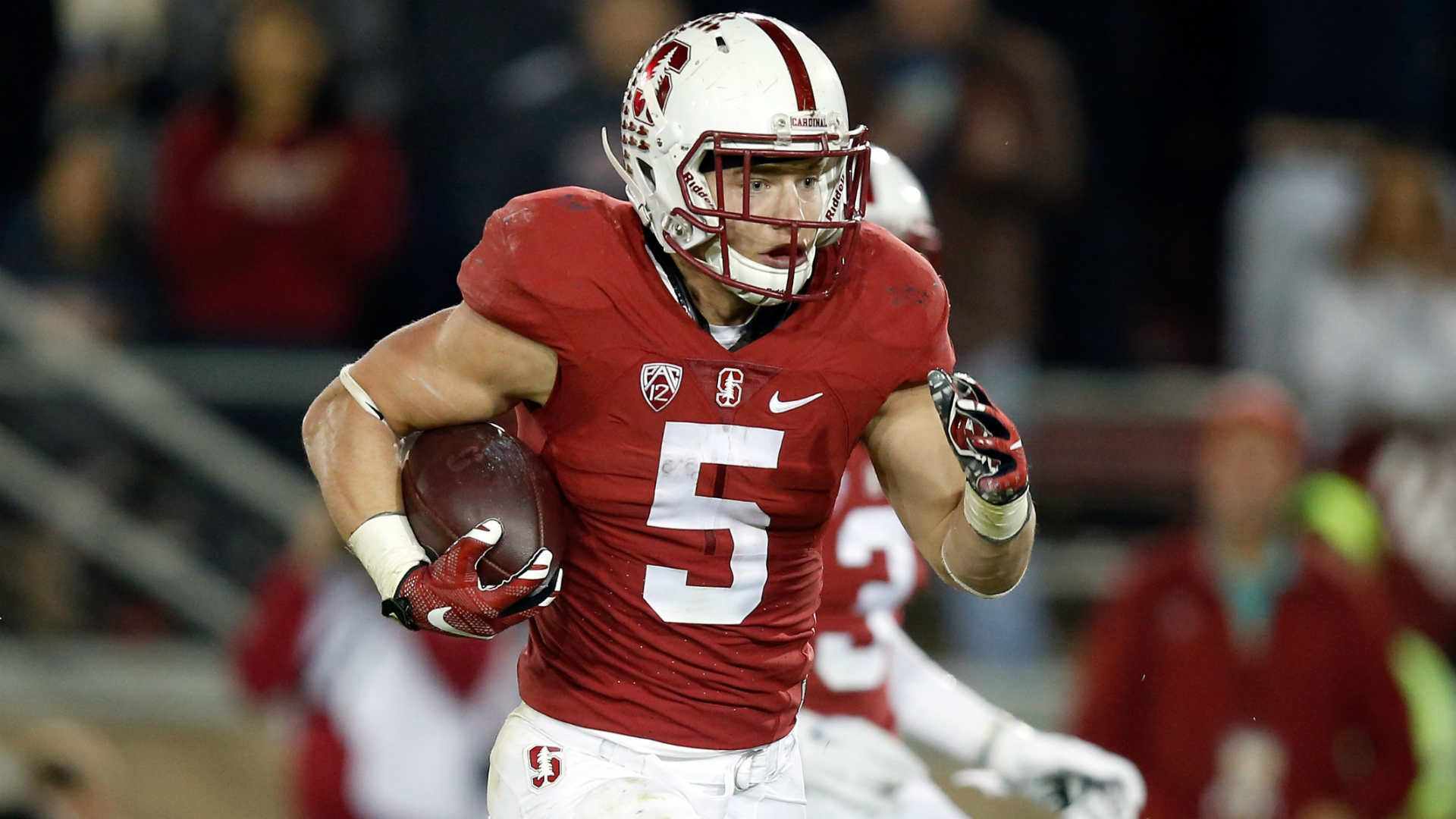 While another big name running back has been linked to the Carolina Panthers, I think Christian McCaffrey might be a better fit.

With quarterback Cam Newton, Carolina loves to play out of the shotgun. While McCaffrey was more likely to take a handoff from a quarterback under center, he has the quickness to get up-field and create momentum for himself after taking the shotgun handoff.

At Stanford, the 2015 Heisman Trophy Winner, McCaffrey was able to run with power between the tackles, make people miss in space, and hit the big play.

With defenses forced to be aware of Newton’s running ability in the run-pass option, McCaffrey will get some big holes to run through as defensive ends have to set the edge to account for Newton.

His receiving ability would also give the Panthers a big boost as they are limited at the wide receiver position. 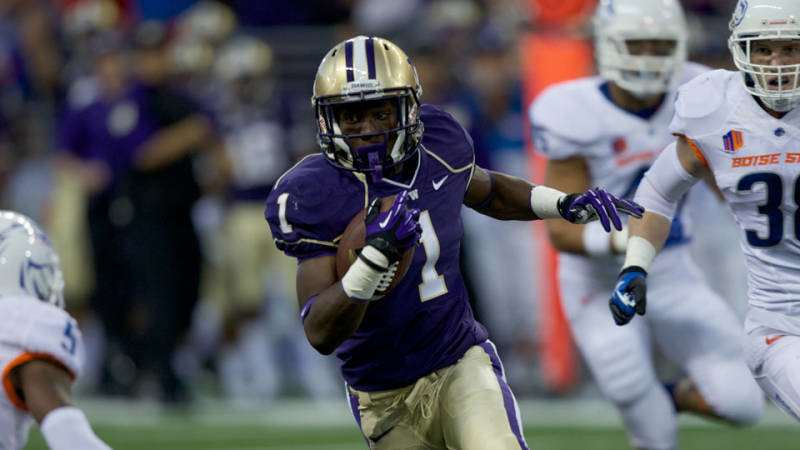 The fastest football player on the planet (not an official nickname) is a controversial subject. Some see John Ross as a DeSean Jackson prototype, and others think he has the ability to do everything asked on the football field.

It’s difficult. His speed is amazing, but his size leaves a lot to be desired.

I see him as someone who could have an Antonio Brown like arch to his career. Start off as a secondary option for a team as a deep threat guy and with some development to his game and body, could eventually take over as a team’s number one.

His best asset is one that teams covet; speed.

With the departure of DeSean Jackson from the Washington Redskins, there is a hole left for a guy who can put pressure on the back-end of secondaries like Ross can.

Yes they signed Terrell Pryor, but he fits more of an all around WR role for the Redskins and is only under contract for one season. Jamison Crowder is more of a slot type, and Josh Doctson needs to prove he can stay healthy and is more of a Terrell Pryor type than a take-the-top-off-the-defense type.

Dalvin Cook has become a controversial scouting report this NFL Draft season. People who evaluate players say the tape is round one draft worthy. People who are into the testing that gets done at the NFL Scouting Combine and the Pro Days are not as enthralled with Cook.

As our guy Sean Martin likes to remind us, “trust the tape.”

Rumors have Dalvin Cook falling out of favor with teams because of some off-field difficulties, troubles with his shoulder, and his poor testing.

Currently being rumored to be a second round option for teams, I think the Tampa Bay Buccaneers would be a great fit for the former Seminole.

The offense is loaded, led by another former Seminole in Jameis Winston, and has an elite player in Mike Evans, a rising star in Cameron Brate, and recently signed DeSean Jackson. This offense is ready to win now.

If Dalvin Cook does slide to the second round, as is being projected, he would be an excellent asset to this offense.

Doug Martin is nearing that age threshold for running back production, Charles Sims is more of a change of pace guy, and Jacquizz Rodgers isn’t a bell cow.

His testing may not be that great, but Cook is a good football player.

The accounts of his assault have been told countless times. Terrible. Awful. There’s nothing really that I can add to that fact.

Another fact at play is that Joe Mixon is going to get drafted. While several teams — including the Miami Dolphins and New England Patriots — have taken him off their draft board, there will be several teams that keep him on it.

The team that takes him needs to have an established front office with skins on the wall (i.e., Championships) that can absorb the potential public relations hit that looms with selecting the talented but controversial running back.

One such team that can withstand the controversy because they have a strong locker room, strong front office, and coaching staff; the Green Bay Packers.

Mixon won’t be asked to be the face of the franchise in Green Bay. Aaron Rodgers is that. Mixon proved he is a versatile back who can catch the ball out of the backfield, lineup in the shotgun, as well as run with power, speed, burst, and agility.

With Ty Montgomery currently the top running back listed on the Packers depth chart, they have room to add Mixon.

It’s likely that Mixon won’t be drafted in the first round, but how long he’ll have to wait is the big question. I predict it will be somewhere in the middle to late second round.