2017 NFL Combine: Tony Romo Could Steal The Show As QBs Look To Stand Out

There are many great things to say about the 2016 Dallas Cowboys, but the most factual yet awkward thing about this team was that they had – without question – the best backup QB in the NFL. Tony Romo conceded the starting quarterback job to fourth round rookie Dak Prescott, and now the best QB in the history of the Cowboys is looking for a new home.

While any Romo “news” that we have gotten to this point is mostly speculation, there will be plenty of actual NFL news coming this week from the 2017 Scouting Combine. Draft fans everywhere will not only learn about the prospects we've been studying for weeks. but more about who their team is actually targeting.

If your team is in the market to potentially target a new starting quarterback in this upcoming draft, I offer my nearest Dak Prescott content.

You can see how I have some of the QBs in this draft graded so far on my draft board, and the outlook for this class is a dark as ever.

Drafting a quarterback is rarely the safest pick any team can make in the first round, and Tony Romo is a proven commodity sitting on the market ready to either turn a franchise around or land a contender in the Super Bowl.

A Tony Romo trade is still unlikely, but one way or another the groundwork for his future could be laid out at this Combine. Last year, the NFL Combine was the stage for the Titans and Rams to pull off a blockbuster that landed Los Angeles the #1 overall pick and eventually QB Jarred Goff.

Any number of teams can have similar conversations to the Cowboys about Romo, all while potentially watching this 2017 class of quarterbacks – the cheaper, and much more long term alternative to Tony Romo – underwhelm on the field in Indianapolis.

What makes this story even more interesting is the fact that, at least publicly facing, the Cowboys are coming off with no sense of urgency when it comes to dealing with the elephant in the room that is Tony Romo.

The reality of this news is that the Cowboys' message to teams around the league may be that they're are all-ears on Romo trade talks, which can occur more privately without Dallas prefacing the Combine as an auction for their star quarterback.

The last thing teams want to do before the draft is sell out their draft strategy, and until you put in the assets required this offseason to land Tony Romo, every QB-needy team will be in the market for the Mitch Trubisky's or Patrick Mahomes of the world.

The Cowboys do the NFL Combine on another level. pic.twitter.com/jwueSdZtpn

If you're living in a world that hasn't accepted that Tony Romo isn't going to be part of America's Team in 2017, then you might as well get ready for Adrian Peterson and Jamaal Charles to both back up Ezekiel Elliott.

The future for the Dallas Cowboys is still as bright as ever though, thanks in large part to their haul in the 2016 Draft – with that process beginning as always at the Combine.

This year's Combine will not only be an opportunity for Dallas to evaluate prospects that could land in the silver and blue, but to attempt (maybe for the last time) to also get something out of Tony Romo. 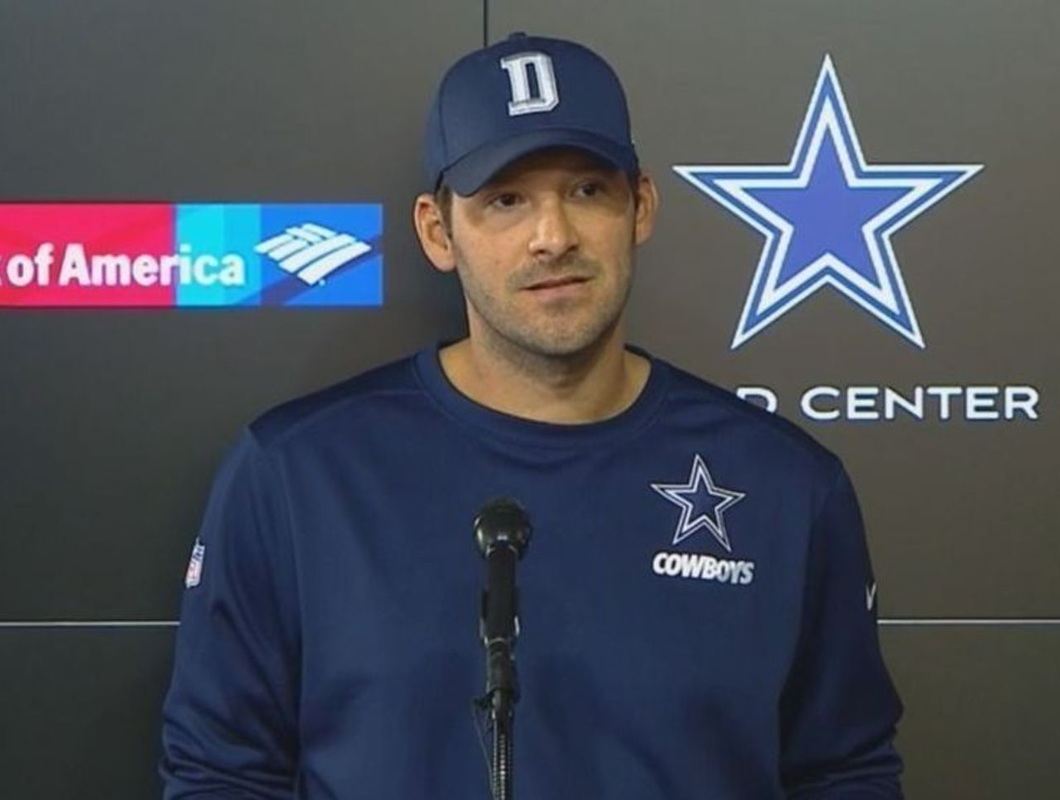 The National Football League never sleeps, and the biggest story coming out of the 2017 Scouting Combine may very well involve a ten-year NFL starting quarterback instead of the prospects that will continue to make their own headlines up until April.

Tony Romo's saga, and the constant roster build 32 clubs go through during this time of the year, is absolutely fascinating.

On another subject… All the rather sobering news coming out in the last two days on Jaylen Smight’s knee NOT firing. Should we just accept he might be a good linebacker but never a great one? How big a setback is this?

Bret, everything is still so hard to say definitively about Jaylon Smith. Your expectation should be that he is going to attempt to do something very difficult by playing with this brace, and the results of doing so in terms of impacting performance aren’t really known.

With all the talent in the world, let’s just hope we see a “good” Jaylon Smith on the field soon.