2017 NFL Draft: 5 Players Cowboys Should Avoid In Round One

With some serious holes to address in the 2017 NFL Draft, the Dallas Cowboys still have a good shot at improving on their roster despite having such a late first round pick.

Considering both the depth of this draft class at positions of need and the Cowboys' ability to draft impact players since Will McClay effectively took over, Dallas should feel confident going into the final weekend of April.

If they are going to make the most of their first round pick, however, there are a few consensus first round players which I believe the Cowboys should avoid taking if possible. 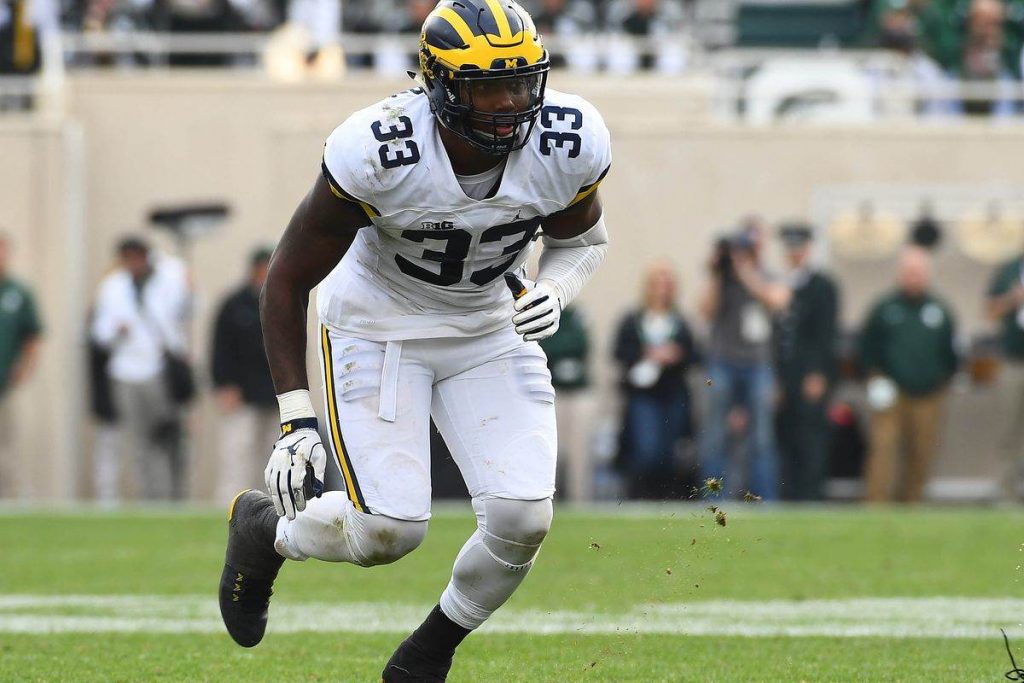 Defensive end Taco Charlton was a seriously productive pass rusher in college, and in my opinion will be a solid left defensive end at the next level. I currently have a second round grade on Charlton, and believe he can be a effective defensive lineman if in the right system and asked to do the right things.

With all that being said, there's no way I want the Cowboys to draft Taco Charlton with their first round pick.

Essentially, adding Charlton would be like adding another DeMarcus Lawrence. While I like Lawrence as a left defensive end, he is not the explosive edge rusher the Cowboys need right now. 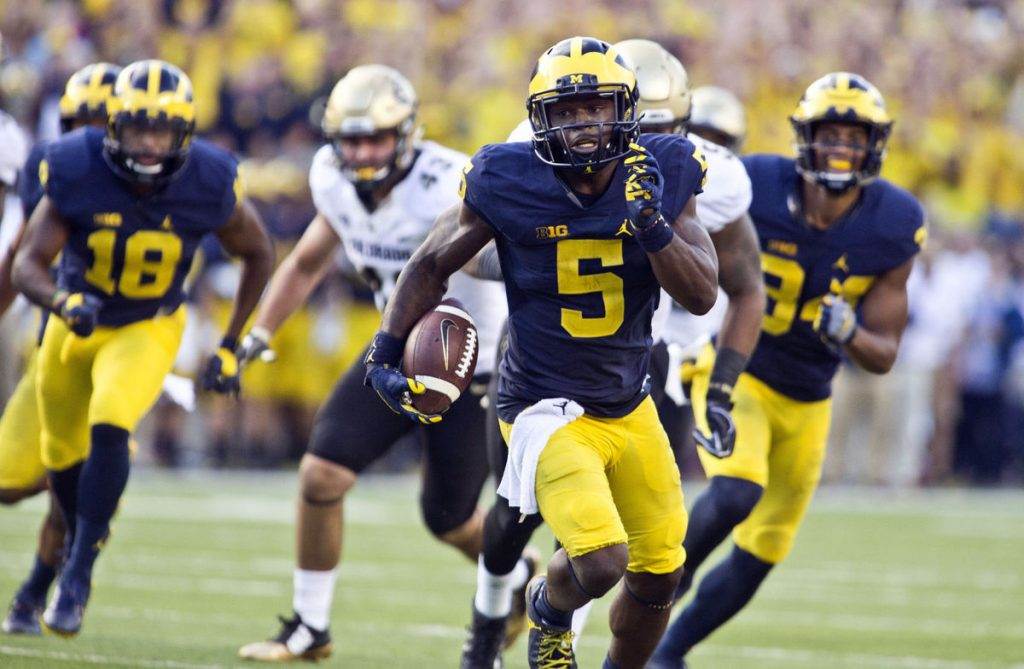 Similar to Charlton, I actually like Jabrill Peppers as a player/athlete. He is a fun watch, and with time may be able to develop into a starting safety in the NFL.

He simply doesn't have it yet, however.

As a pure safety, Peppers has not shown enough to warrant a first round pick from any team, let alone a team like the Cowboys who would like to win now. He was successful playing in the box in college, but he doesn't seem to have the build or strength to do so in the NFL.

Basically, he's a tweener who doesn't have a true position at the moment. Given that, I wouldn't spend a first round pick on Jabrill Peppers, especially not with other talented safeties on the board.

Oh how the mighty have fallen…

Teez Tabor seemed to be a sure-fire first round pick just a few months ago, but after absurdly poor testing at both the combine and his pro day, Tabor has fallen far down draft boards.

While fellow staff writer Sean Martin is still willing to die on the Teez Tabor hill, the fact that it's nearly impossible to find corners which deserved to be taken in round one with a 4.7 40 time, makes me think it's fair to have reservations about Tabor at 28.

With the abundance of talent this year's cornerback class possesses, I think we can find a corner who's tape matches better with their testing than Tabor's does in either of the first two rounds. 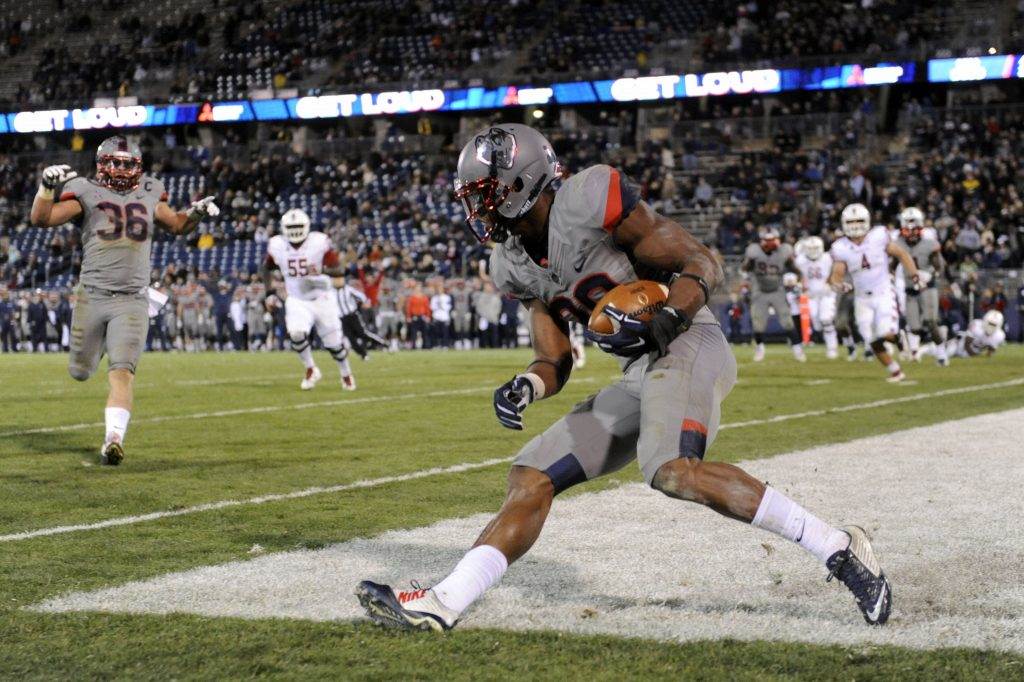 Once again, I like Obi, I really do. I just don't like him enough to take him at 28. I currently have a late second round grade on Melifonwu, but if I was grading just on tape, he would slide back into the early third for me.

While his combine testing and athletic profiles are off the charts, Melifonwu simply doesn't show enough consistency as a safety to merit a first round pick.

Of course, he has drawn comparisons to current Cowboys safety and his former UCONN teammate Byron Jones based off their athletic profiles, but there is one big difference between the two.

Byron Jones had first round tape. I don't think Obi Melifonwu does. 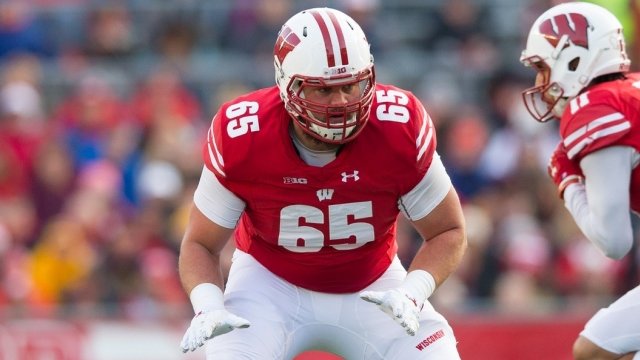 This is less of an indictment on Ryan Ramczyk as it is the fact that I don't think the Cowboys should go offensive tackle in round one. But still, if they were to go tackle, I'd rather see Alabama's Cam Robinson be the pick here.

Ramczyk's draft status has been elevated a ton over the last few months, but his injury history and lack of experience really do worry me if I was going to take him in the first round.

I currently have a second round grade on Ramcyzk, and would not be opposed to selecting him with the 60th overall pick, but I don't believe the Cowboys need to reach for a tackle in round one considering all of their pressing defensive needs.

Kevin Bradyhttps://kevinrobertbrady.wordpress.com
Die-hard Cowboys fan from the Northeast, so you know I am here to defend the 'boys whenever necessary. Began writing for a WordPress Cowboys Blog, and have been with ITS since 2016.
Previous article
Film Room: Why Have Cowboys Defensive Backs Failed To Create Turnovers?
Next article
5 Players the Cowboys Should Target Immediately After the Draft

Last night, Cowboys Twitter was gifted with a welcomed distraction from the ongoing debate about what to expect during tonight's Wild Card playoff game...
Cowboys News

Malik Hooker joined the Cowboys this offseason after his rookie contract with the Indianapolis Colts expired. But had he not been such an attractive...

I agree with just about everything you say here. I’d add Takk McKinley to this list. His lack of agility is worrying. I’d put a 2nd round grade on him as well. His 3-Cone and Shuttle times were very concerning.

Takk McKinley is an interesting case. He is so raw that I think Marinelli could help teach him how to rush the passer and use all of those athletic tools to his advantage. At the same time, his lack of agility and shoulder issues do worry me in round one.

I thought this was a good scouting report on Jabrill Peppers, thoughts?

To be honest, that video is the best case for Peppers I have seen so far. Still, I have significant questions about him being a top 50 player in this class.

I don’t understand the Obi love. They have fallen in love with the way he looks and his combine performance and everybody just jumped on the buzz about the guy. I think Brugler has about 9 safeties in front of him. He is definitely not a round 1 guy. There have not been many 6’4 safeties that were successful.

I agree, Randy. He is an incredible athlete and could be an interesting day two prospect, but I can’t endorse taking him in the first round.