Every year there are a certain amount of NFL Draft prospects that come with a ton of talent, but just as much baggage as well. These players, labeled with “red flags” often fall on draft day well below where there talent would dictate they’d be selected.

The Dallas Cowboys have been known to take chances on “red-flagged” players.

In 2015, the Cowboys took a chance on defensive end Randy Gregory, who fell to the second round due to a failed drug test at the NFL Combine. The Cowboys, coming off a 12-4 season, believed they had a strong enough locker room, and stable enough leadership to make it work with the ultra-talented Randy Gregory.

Up until this point, they have been proven wrong. Gregory missed all but two games in 2016 due to suspension, and is now facing a full year suspension through the 2017 season.

All because of failed drug tests.

The Cowboys have hit on these chances at times, too. In 2010, stud wide receiver Dez Bryant fell towards the end of the draft due to some off the field issues. Teams were afraid to take a chance on Dez, especially at the top of the first round. Seeing an opportunity, the Cowboys moved up to snag Bryant, who has been a consistent beast for Dallas since that draft day.

Needing a pass rusher, the Cowboys may have a shot at my second-highest rated EDGE rusher, Alabama’s Tim Williams. Williams, who was arrested in 2016 for carrying a pistol without a permit, is expected to fall in this year’s draft by many experts.

While I believe he is a top ten talent who should be taken early on, it is quite possible he will slide in the draft as far as the end of the first round due to these off the field troubles. In fact, I have seen Williams mocked as late as 32nd overall to the New England Patriots. 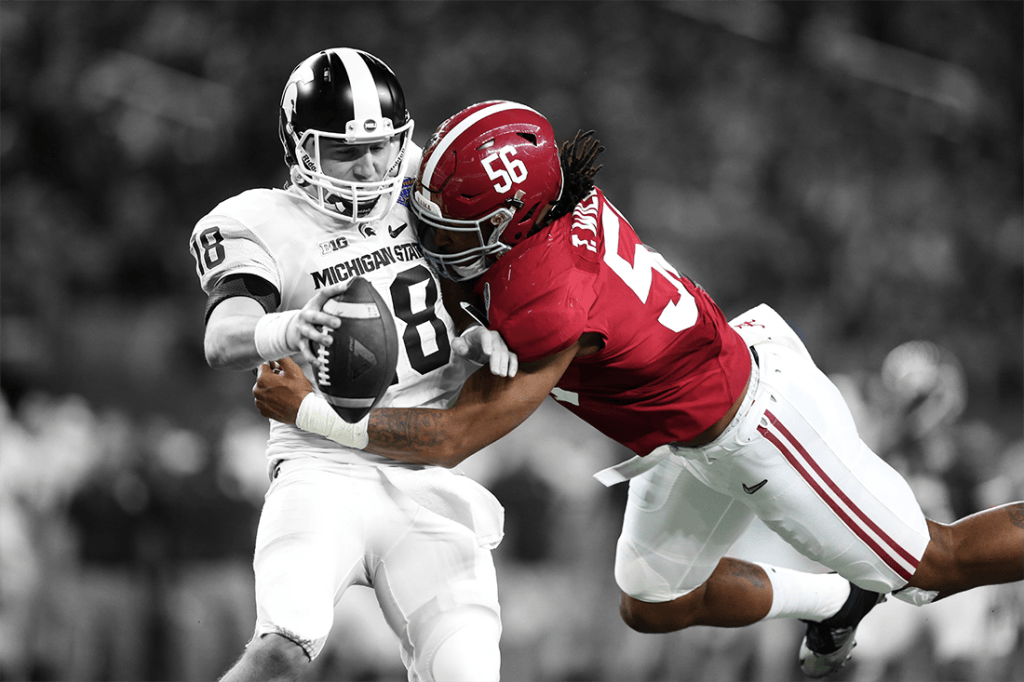 Dallas desperately needs a pass rusher, someone with explosion off the edge who can hunt quarterbacks from their blindside. Tim Williams fits that bill, and could be the perfect pass rushing specialist the Cowboys need.

The question is, however, would Dallas even be willing to take a chance on a player like Williams who is riddled with red flags? The Cowboys have been burned in the past when taking chances like these, but they have also hit it big at times.

I know most fans will probably be vehemently against taking a chance on a red-flagged player due to the troubles Dallas has had with Gregory over the past few years. But if the front office does their homework, and truly believes that the prospect has bettered himself and won’t be a repeat offender, then I see no reason why a chance shouldn’t be taken.

Regardless of their final decision, I do believe the Cowboys have earned our trust. Of course, they are not free from criticism and we should not exercise blind faith, but if a chance is taken this April it will be done with good reason.

The Cowboys must be extremely calculated and careful in their drafting this year.