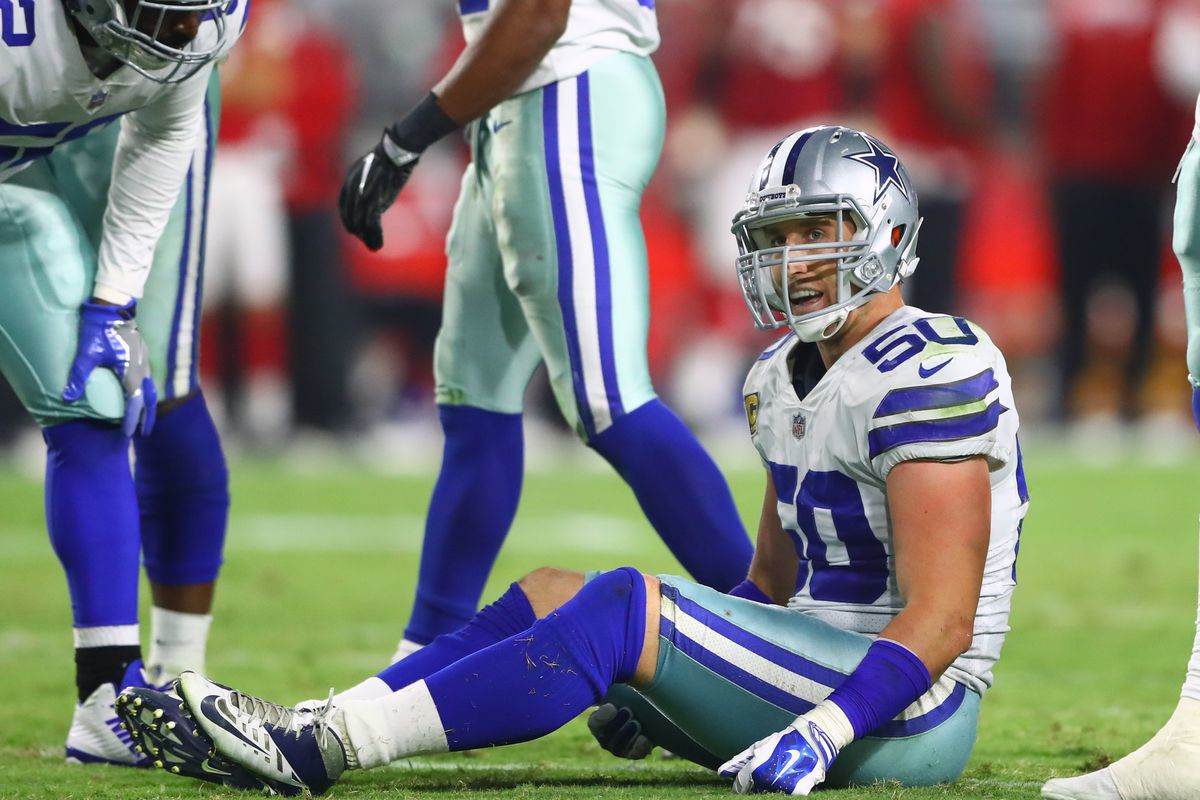 The 2017 NFL season has certainly been full of ups and downs for the Dallas Cowboys. Injuries and suspensions have been at the forefront of the Cowboys problems this season, but despite that they still have a chance to make it into the postseason. It's strange isn't it?

Cowboys Nation has been taken on a roller coaster ride in 2017, and strangely enough the ride isn't quite over yet. There are still two regular-season games left on the schedule this year and a possible playofff berth. But despite everything that has already happened, the off-season evaluation process should be much easier.

You see, the Dallas Cowboys and the coaching staff should have a better understanding of their “true needs” because of everything that's happened throughout the 2017 season. They have had to deal with multiple suspensions and injuries, which has caused them to dive deeper into their depth chart than they probably would have liked. Fortunately though, this could end up being a blessing in disguise.

The roster depth on both the offensive and defensive side of the ball has been exposed this season in particular probably more than any in years past. The Dallas Cowboys have had to depend on their backups more than usual, which has really exposed their off-season needs. Let's dive into this a little deeper and try to determine some of the Cowboys off-season needs.

The Dallas Cowboys wide receivers have been a huge disappointment this season and I think it's time to insert some new blood. Opposing defenses have found ways to pretty much take Dez Bryant and Cole Beasley out of the game and unfortunately nobody else has really stepped up. This became an even bigger problem without Ezekiel Elliott in the lineup.

I wouldn't at all be surprised if the Cowboys decided to draft a wide receiver early. Dez Bryant isn't getting any younger and it might be time to find his eventual replacement. Dak Prescott needs more help from his WRs in the passing game, and a young new weapon might help improve the team more than any other position.

Four out of five of the Dallas Cowboys offensive line is pretty much set in stone, but the left guard position is still up in the air. Jonathan Cooper finally won the starting job in 2017, but he is a free agent after the season. The Cowboys could choose to re-sign him once again, but finding a long-term solution would probably serve them better.

Zack Martin will without a doubt receive a contract extension after the season, which means the Cowboys already have a lot invested in their offensive line. This probably means they won't draft an OG early, but you never know how things will play out. But regardless, the LG position could stand to be upgraded.

Tyron Smith and La'el Collins should be the starting tackles for the Dallas Cowboys for years to come, but both players have dealt with back problems in 2017. Smith has even had to miss a few games because of injuries, which exposed the Dallas Cowboys lack of depth at the position.

Not a single Cowboys fan wants to see Chaz Green or Byron Bell on the roster next season. Both players have been exposed as an extreme liability, which means this is definitely an area in need of upgrading in the off-season. Again, like OG, I doubt they draft a player early with so much already invested in the OL, but never say never.

Honestly, having Ezekiel Elliott available for an entire season makes the running back position less of a concern, but one slip-up could put that availability in jeopardy. With Alfred Morris set to become a free agent after the 2017 season, the Dallas Cowboys could use another young RB capable of becoming Elliott's backup.

We can argue that Rod Smith might be able to handle that role, but we really haven't seen him be the primary back in 2017. There are still questions how he would be able to hold up, which means finding an upgrade might be more of an off-season need than we think. 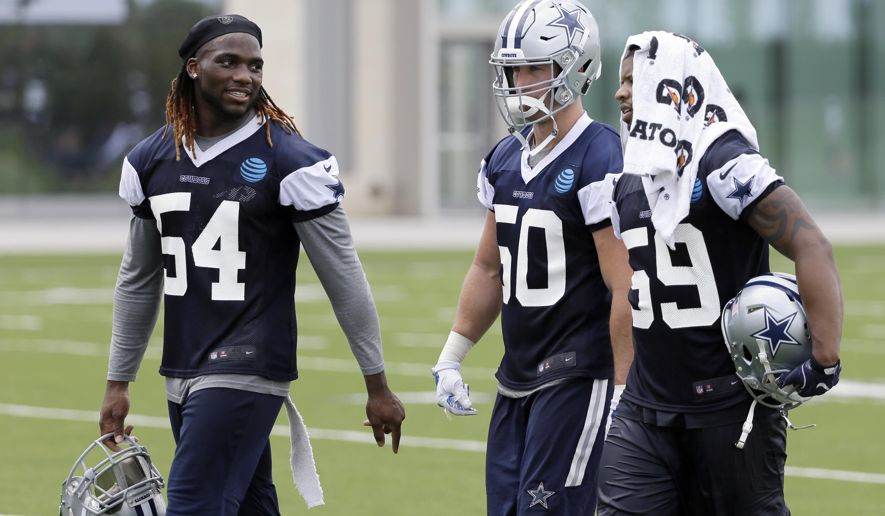 The linebacker position might just be the Dallas Cowboys biggest off-season need. Sean Lee has proven time and time again that he is incapable of staying healthy and Anthony Hitchens is set to become a free agent after the season. There are also still questions about whether or not Jaylon Smith is capable of becoming a starting caliber LB.

The Cowboys are without a doubt in need of depth at the position, but they need to start to prepare themselves for life without Sean Lee in the lineup. Unfortunately, we have all witnessed how production dips without him in the lineup and it's probably time to find his replacement.

The Dallas Cowboys don't really value the defensive tackle position very much, but that kind of came back to haunt them this season. Right now, they are depending on players they have called up from the practice squad and the lack of talent there is really hurting them.

They could really use a big bodied/space eating 1-technique, someone who would command double teams and clog up the middle. They haven't really had that type of player in some time now, and it might be past time to address the position.

The Dallas Cowboys defensive end position is a huge question mark after the 2017 season. I don't think they will let DeMarcus Lawrence getaway, but I'm not sure they can afford to sign him to a long-term contract. He will likely receive the franchise tag, but the depth behind him is concerning as well.

Taco Charlton has continued to improve throughout the season, but he still relatively unknown. The Cowboys will have Charles Tapper and Randy Gregory returning next year, but they are still young unproven players, much like Charlton. Pass rushers are hard to come by, so drafting one early might be a top priority.

The Dallas Cowboys pretty much had a complete makeover in their secondary this season and for the most part it has paid off. But, they probably took a step back at the safety position. Byron Jones has seen his playing time recently decreased and he might be better as a CB from here on out. Jeff Heath on the other hand has continued to make plays, but is probably still best as a reserve player.

Finding a difference making safety is just about as hard to do as finding a dominant pass rusher. They are a rarity in the NFL and typically drafted early. That is what the Cowboys will likely have to do if they want to upgrade the safety position, but it has become a need based on the way their players have performed this season.

Which positions do you think have been exposed in 2017? 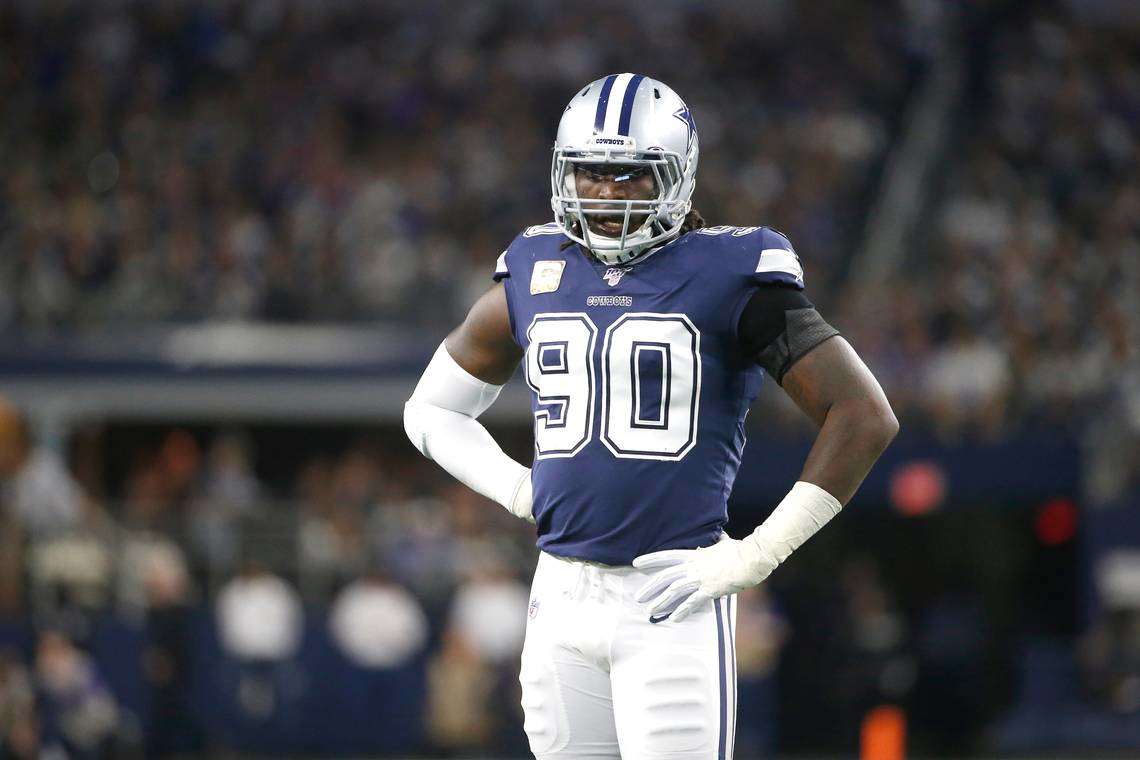 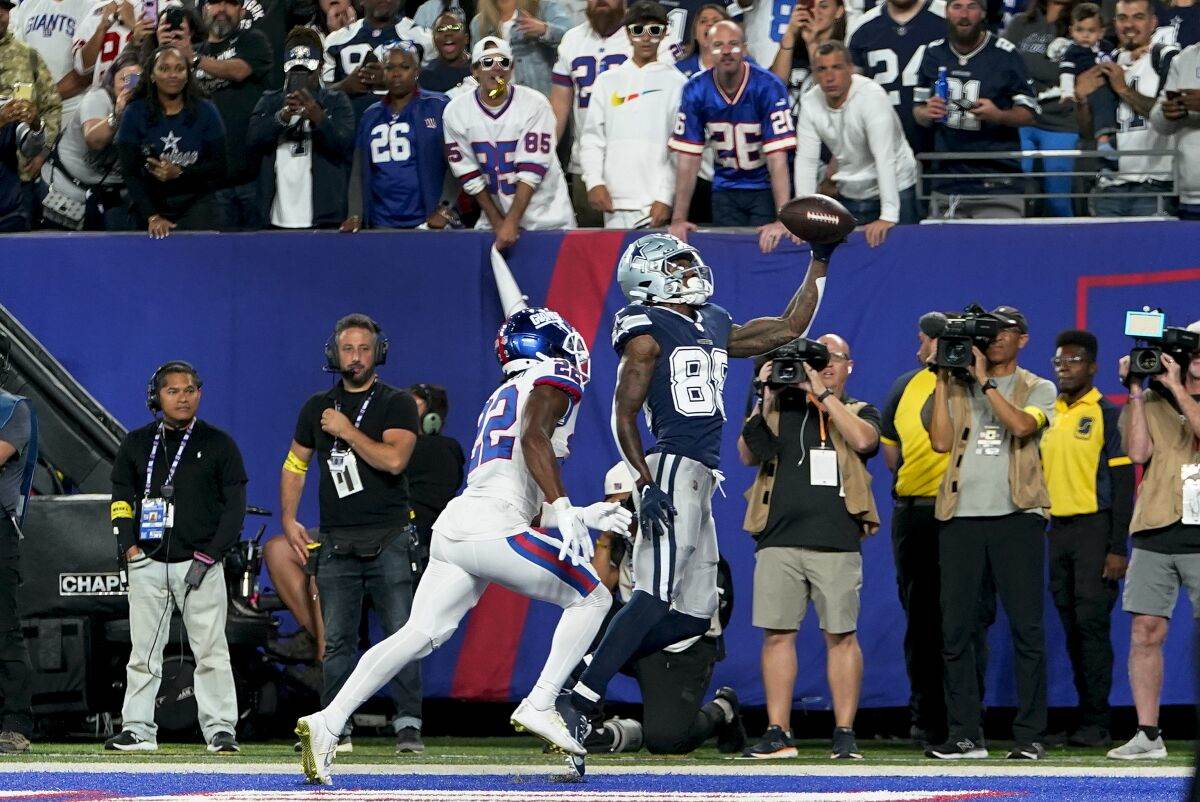 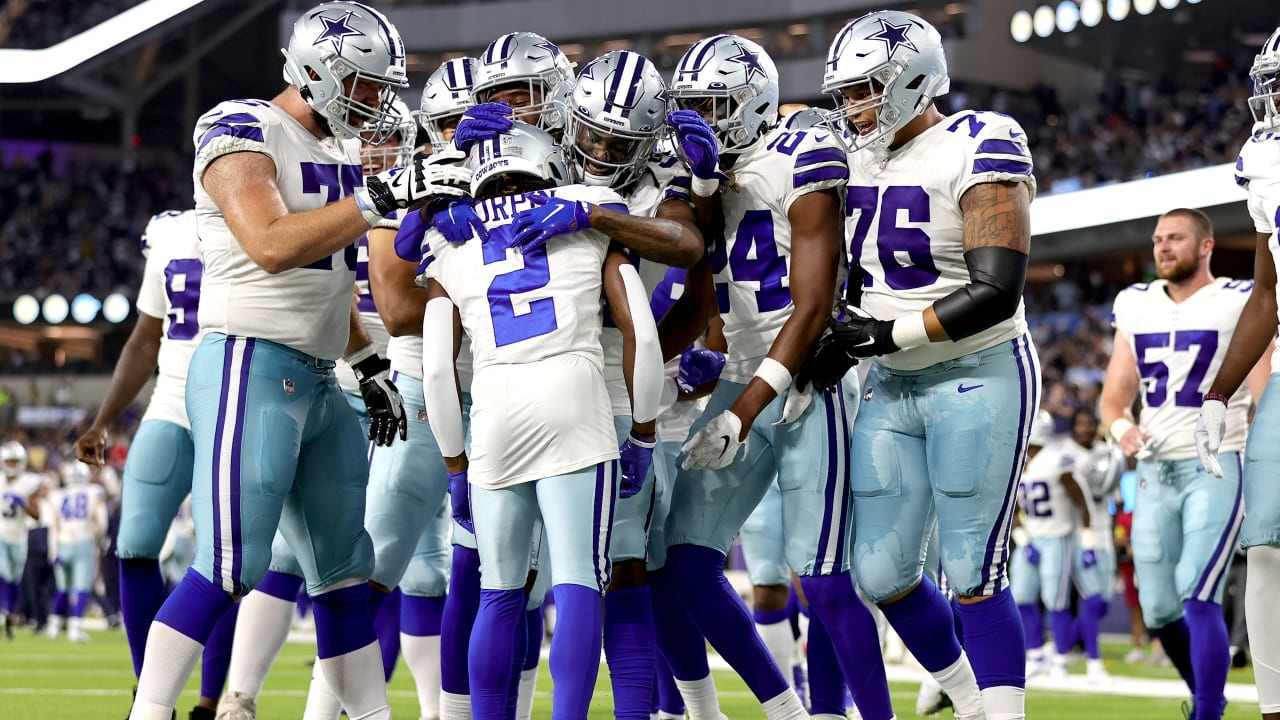 It’s a shame about the weak side DE still being an issue. They could have addressed that in the last draft with T.J. Watt.

Dallas already has a potential replacement for Bryant in Noah Brown. He’s raw, but he definitely has the ability. It will take about 1-2 more seasons, but he could definitely replace Bryant. Still, if an amazing player is on the board and he’s a WR, I’d still want Dallas to take him.

What’s odd about the LB situation is our weak side that Lee plays. We don’t have a potential replacement on the roster for him and it’s time we start looking. Wilson was talked about as a weak side LB, but he’s been moved to the strong side and doesn’t appear to be in the coach’s confidence enough to try him on the weak side any more. If Hitchens signs elsewhere because another team offers him stupid money, a backup MLB will need to be addressed, but Jaylon Smith will be your starter next year most likely. One more thing in Hitchens camp is he can play some weak side linebacker, but he doesn’t have the speed you’d prefer at the position.

I’m fairly sure that Cooper will stay in Dallas, but he could bolt if the money elsewhere is just too much to turn down. That would move that position to the top of the list for Dallas and based on where they are drafting, they could still get a top-flight guard around the middle to back-half of the first round. That would still leave the backup tackle position up for grabs. Green obviously regressed this year and I’m not sure Dallas has a ton of respect for Bell’s ability to be the long term answer. I could see a tackle being drafted in the top three rounds.

Safety and running back would be much lower concerns. We will still have Jones, Heath, Woods and Frazier on the roster next year. We will also have Elliott and Smith on the roster and I would not be surprised if Morris is resigned. So unless a player drops to them in the draft, I don’t expect to see either of these positions being looked at before the fifth round.

Sure yes! And not having a backup for Lee is scary.

Conservatively speaking, I believe we could have 9 or 10 picks – 4 compensatory( 4th, 4th, 5th, 5th) plus 5 or 6 regular picks. I know we gave up our 5th round for Xavier Wood, but I’m not sure if we lost our 7th round for Benwikere. I’m curious how you see the priority by round. Last week I was sure we should go after a Roquan Smith(ILB/Georgia) to strengthen our Linebacker core, even after we resign Hitch. Then after the Raider game with Tyron going down, I had visions of Chaz Green covering for him again (OMG!) I gave serious thought to Connor Williams( OT/ Texas) in the 1st, As hard as this is for me to say, I think it is OT may be the priority in the first.The O line is what makes this whole thing go. Now go LB in the 2nd or 3rd. RB in the 2nd or 3rd. DT &WR with the 4th round picks.The two 5th round picks used on OG and S. We may use the 6th to move up. I think CB is covered if we move Byron out of Safety to CB, plus we still have White on the practice squad. I don’t think we need to go after a DE either. We have Tapper and Gregory on the back burners, so to speak. Let’s see if either fits before using a pick on another DE. How do you see it breaking down/

I’m honestly not sure how big a need WR is. It’s important that they be more consistent, but they aren’t going to be able to invest heavily there unless they release Beasley, and he just might be a cap casualty.