The Dallas Cowboys haven't been very active in free agency over these past several years, but you never know when that will change. There are several positions that will need to be addressed after the season, and they all can't be filled through the draft. Free agency is there for a reason, which is why I decided to put together a wish list of the 2018 free agents for the Cowboys.

There is no way of knowing how active the Dallas Cowboys will be in free agency or which position they might like to target, but below are some of the players I think they should target. As always, please feel free to share your own thoughts and opinions in the comment section at the end of the article.

The odds are Josh Gordon becomes a free agent after the 2017 season. But, the Cleveland Browns could decide to place a tender on him making him an exclusive-rights free agent because Gordon doesn't have enough accured seasons. Depending on his availability, I believe he should be at the top of the Dallas Cowboys wish list.

There has never been any denying that Josh Gordon is one of the more talented wide receivers in the NFL. Unfortunately, his downfall has been his off the field issues that has kept him off the field. Gordon would be an immediate upgrade to the Cowboys receiving core and likely step in as the #1 WR. Due to his checkered past, Gordon likely wouldn't break the bank to bring in. Sounds like a win-win for the Dallas Cowboys.

Davante Adams is another WR that could come in and upgrade the Cowboys receiving core. He has been stuck behind Jordy Nelson in Green Bay, but is likely looking to be the top dog wherever he ends up. The Dallas Cowboys might not be his top choice because of that, but that could depend on Dez Bryant's future with the team.

Adams has developed into one of the top WRs and would be looking to be paid like one. The Dallas Cowboys have shied away from spending big money on free agents, but it certainly looks as if Dak Prescott could use another toy at his disposal in the passing game. Plus, signing him away from the Packers would weaken a conference opponent who has been a thorn in the Cowboy side.

Unlike Davante Adams, Sammy Watkins might end up being in the Dallas Cowboys price range due to his history of injuries since entering the NFL. But, despite his injuries, Watkins is still considered to be one of the most talented WRs in the NFL.

Watkins is able to take the top of the defense with his speed, something the Cowboys offense is lacking right now. He also possesses the talent to high point the ball and win the majority of the time in those contested catch situations. The talent is there to become a true #1 WR, but he has to remain healthy first.

The Dallas Cowboys were high on Paul Richardson coming out of Colorado, but the Seahawks snatched him up first. Richardson isn't what you would really consider a #1 WR, but he has elite speed that scares opposing defenses. He would likely be a compliment WR in Dallas, but would definitely be an upgrade over what is currently on the roster.  He should be able to be acquired at a favorable price.

The Dallas Cowboys will be extremely thin at the RB position after the 2017 season. Both Darren McFadden and Alfred Morris will be gone, leaving Rod Smith as Ezekiel Elliott's primary backup. That is why I believe Rex Burkhead should be at the top of the Cowboys wish list. In fact, I wanted to bring him to Dallas last off-season.

Burkhead to me is the ideal backup. He is capable of running the ball successively between the tackles and also has the speed to capture the corner. He is also an excellent receiver out of the backfield and a core special-teams player. Those are exactly the kind of tools you look for in a backup RB. I personally believe he would be an upgrade as a backup RB. 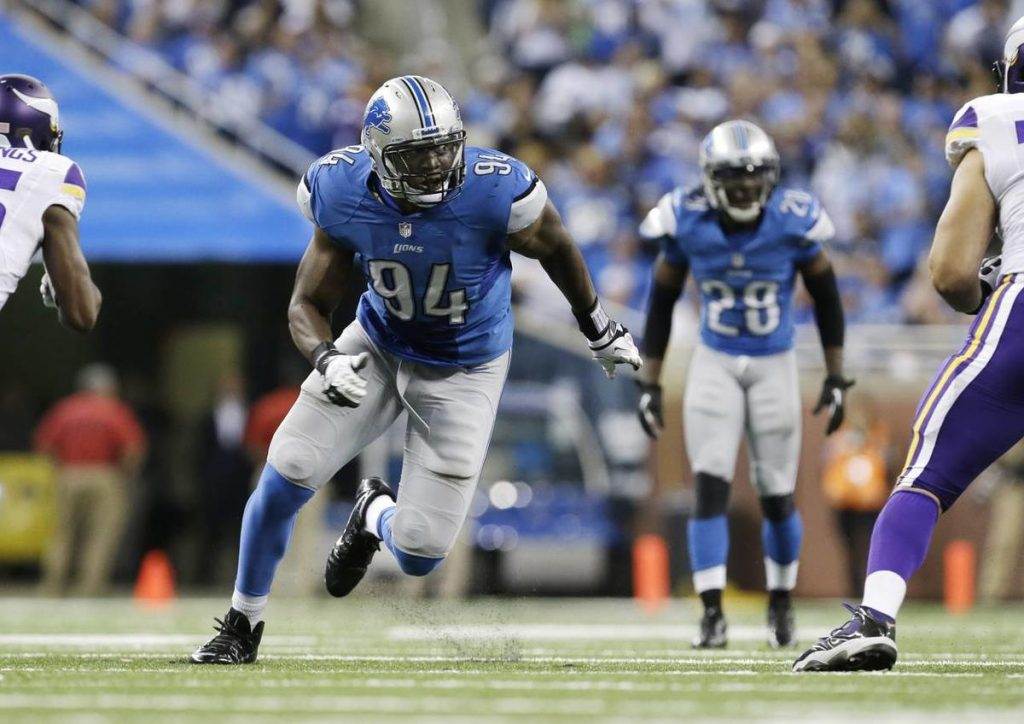 DeMarcus Lawrence is a free agent after the 2017 season and it's unlikely the Dallas Cowboys let him get away, but nevertheless, Ziggy Ansah should still be on their wish list. Pairing Lawrence with Ansah would give the Cowboys a dynamic pass rushing duo and immediately upgrade the defense. Of course, it all comes down to the price tag which could be out of the Cowboys range. But, Ziggy likely won't be in the top tier of FAs because he is never quite developed like many believed. That could work in the Cowboys favor.

It's no secret that the Dallas Cowboys need more help that the linebacker position. It is probably the top draft need, but going after the best FA LB should be examined closely. Zach Brown would immediately step in and upgrade the LB position for the Cowboys and provide some much-needed depth. Sean Lee simply can't stay healthy and no one really knows what to expect from Jaylon Smith yet. Of course, the Cowboys could choose to resign their own and keep Anthony Hitchens.

Last off-season one of the biggest needs was at the safety position, and nothing has really changed nearly a year later. The Cowboys hoped Jeff Heath could improve and lock down the other starting safety position, but that has been a failure to say the least. Eric Reid comes with baggage and hasn't quite lived up to his draft pedigree, but a change of scenery might be all he needs. He has the talent to start in the NFL and be a difference maker, which is why I believe the Cowboys should have him on their wish list.

The Dallas Cowboys could use some veteran experience in the secondary and Kyle Fuller could definitely provide that. I kind of doubt Orlando Scandrick remains with the Cowboys after the 2017 season, so that would leave a lot of youth at the cornerback position. Fuller is a talented player but has never really lived up to his potential. I think he would come in and start on the outside for the Cowboys, while also providing valuable depth/leadership at the position.

The Dallas Cowboys definitely need to upgrade the defensive tackle position. Out of necessity, Maliek Collins has been playing at the 1-technique, but that's not really his best position. The Dallas Cowboys need a big bodied, space eating DT and Dontari Poe fits the bill. Poe has the size 4-3 defensive teams look for in their DTs, but he has rare athletic ability that most players his size don't. He could be a difference maker on the interior of the Cowboys defensive line.

Will any of these players end up in Dallas?

Here we go again, another offensive tackle story to be told. This time it's Jason Peters from the Chicago Bears. A lot of you...
Read more
Cowboys News