The other day, Staff Writer Jess Haynie gave you 3 Cowboys Making Cases for Roster Spots. It's right on the money and likely those players will make the roster. Today I'm going to bring you an opposite take. Let me apologize in advance if I mention your pet cat, but the reality is that the Dallas Cowboys have a long way to go before they make their 37 cuts on September 3rd.

With his poor play and the excellent play of Cooper Rush, Kellen Moore isn't giving Scott Linehan a lot to defend.

Linehan has been the biggest #KelMo proponent for as long as Moore has been in the league, yet there isn't a lot to go on in his NFL career.

He's 27 years old now and has only played in three games since coming into the league in 2012. All we have to go on is his preseason play, which has been average to below average.

With Cooper Rush playing well, it would not surprise me to see the front office move on for a younger quarterback to back up Dak Prescott. Similar to how the New England Patriots use the quarterback position.

With experience as a starter at tackle and guard, it was thought that Byron Bell could come in and compete with Jonathan Cooper or Chaz Green at either left guard or right tackle.

Now with the team 100% committed to La'el Collins at right tackle, that has left an open competition at left guard.

Byron Bell got the start on Saturday night, but failed to impress. On one drive alone he was called for two holding penalties. There were times as well that he struggled with movement to the outside on running plays.

Not a single player who has received snaps has really asserted themselves at left guard. At the moment, he still has a shot, but if he continues to play as poorly as he did against the Rams, it could be a short stint for Bell as a member of the Dallas Cowboys.

Signed in the offseason to be a veteran presence in the secondary and compete with Jeff Heath at strong safety, but Robert Blanton has been darn near invisible. He's been completely overshadowed by Heath who has started each game of the preseason along side Byron Jones and been outplayed by rookie Xavier Woods. Kavon Frazier has even been notable as an in-the-box safety and on special teams.

Once thought to be in the mix to start at strong safety, Blanton will now be fighting just to stay on the roster.

With the roster squeeze that is bound to happen by cut-down day, it's unlikely to me that the Dallas Cowboys will keep more than four safeties.

Little is decided after two preseason games, and these players have three more games to make their case for a roster spot. When it comes to the NFL and especially Jason Garrett's Dallas Cowboys, performance matters.

Moore, Bell, and Blanton will need to perform better if they want to keep a job.

What do you think? Any players you think have played their way off the roster?

John Williams: Lets look at the facts regarding K Moore and Rush. First of all K Moore is getting the 2nd team reps in practice and 2nd team playing time in preseason games. Rush is getting the 3rd team reps in practice and 3rd team playing time. There is a significant difference especially in preseason games. K Moore is more likely to play against defensive players who will make the 53 man roster and Rush is more likely to play against defensive players that will be working in a hardware store in a month. So comparing their play in preseason games is difficult. K Moore as best I can tell has scored an “A” in training camp. As a little data point, I think Prescott has about seven interceptions and K Moore has one. I am not sure about Rush. The QB coach said he has looked really good in games and implied not as well in practice. K Moore for his first preseason game scored an “A” as best I can tell. He was outstanding, especially if the interception which could have gone either way and Brown didn’t seem to play it quite right, would have been a touchdown. Rush also looked really good. In the second preseason game, K Moore did not look good. However, I am not sure what the defense had to do with this. He seemed to check down all the time which means either a receiver further down field was not open or K Moore was afraid to throw it down field. There also seemed to be a lot of pressure coming especially from the left side of the Dallas line. I haven’t heard from the coaches as to what they thought of K Moore’s play. Rush looked really good again in the 2nd preseason game. Again you have to remember he is playing third team. K Moore may have been playing against 1st and 2nd team defenses and Rush primarily against 3rd and 4th team defenses. A significant difference. So it is difficult to compare. Another issue is K Moore is a veteran even though he hasn’t played much and knows a lot at this point. Rush is a rookie and is drinking from a fire hose at this point in terms of learning and adjusting. Big difference. Your comments indicated you don’t like K Moore. Probably because he does not look like an NFL QB and can’t run and doesn’t have a real strong arm. I will remind you what S Linehan, one of the top QB coaches in the world, has said (paraphrased): He said K Moore can play in the NFL. He said his arm is strong enough. Linehan has said K Moore compensates for his physical limitations with his outstanding pocket passing skills/abilities. He has also said he is very accurate and uses uncanny anticipation. Recently he called him a machine. He has said he knows his limitations and gets the job done in his own way. He said he is like having a veteran on the team because of his QB knowledge and knowing exactly what to do.

As it stands, I’d rather have to put Moore in a playoff game than Rush. Or McCown. Or Cassel…

But Rush is one of the preseason standouts so far, and I hope to see that continue. He won’t get past waivers in that case, so you’d have to keep 3 QB’s. Hanna might be on the bubble with the emergence of Gathers, and I won’t be surprised if they roll dice there and just keep Witten, Gathers and Swaim. If they are going to more spread sets on long downs and using the WR talent, then TE is a place to pinch a roster spot.

I’m not sure how we can describe Kellen Moore as a veteran having only played in 3 NFL Games in his 5 year career.

Please tell me you watched the Colts game last night. I hope you did. Because Moore looked lost.

If he’s doing anything good in practice, he’s not showing it in games. Kellen Moore looks like a rookie playing his first football in several years.

Rush looks poised, composed, gets the ball out of his hands quickly and is decisive in his reads.

I don’t care what the quarterback looks like or what his tools are. Cooper Rush by all indications doesn’t have a strong arm as well, but he gets through his reads quickly, gets the ball out of his hands quickly, is decisive. He has good touch and accuracy. If Kellen Moore was effective with the tools that he had, I wouldn’t care what the tools are. Joe Montana wasn’t tall or didn’t have a strong arm, but he was able to get the job done with the tools that he had. For all the talk about Kellen’s intelligence, it doesn’t show sometimes.

Kellen made a few decent throws, but he’s just not consistent enough. On the fumble, it looked like he had no idea what he was doing with the ball.

George,
It’s nice that Kellen M. has supporters. However, pro football is merit driven and Kellen hasn’t been producing in the preseason games. Cooper Rush has. Kellen has been around for several years but last year he broke a bone and was out for the season. It could be that he hasn’t fully recovered or he may never completely recover. Either way, the most important time is during a game with the available resources. He has to produce or his career in pro football is over. 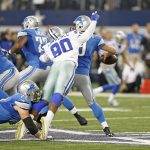 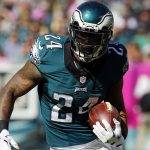