“Why can't the NFL offseason be more like the NBA's?”

If you follow any sports besides football, you've probably heard this statement before. Or, you might have even thought it yourself.

No matter what you think of the NBA, there is no doubt that each day of the Free Agency and Draft periods are filled with excitement, as big names and star players are both rumored to, and actually do, switch teams through trades and signings.

Last July 4th, former Oklahoma City star Kevin Durant left the Thunder to join the Golden State Warriors after visits with multiple NBA teams. Durant, the consensus second-best player in the world, shook the entire landscape of the league with his one decision.

Imagine, for a second, if someone like Von Miller was courted by almost every other NFL team before deciding to join the already stacked defensive line of the Houston Texans?

That would be absolute madness, and a ton of fun to watch unfold.

But instead, we get the rather mundane NFL offseason stories, mostly due to both the nature of the sport and the salary cap. So, let's go into fantasy land for a little bit and imagine up some NBA-style trades that would cement the Dallas Cowboys as Super Bowl favorites in 2017.

Disclaimer: Yes, I know none of these could/would actually happen.

Everything Is Bigger In Texas

Let's first go back in time to make this first trade work. Tony Romo has not announced his retirement from football yet, and CBS has not already acquired our former franchise quarterback.

We all know Dak Prescott is the Cowboys quarterback of the future, and Dallas has to do something with Romo's contract. They would also like to get something back for Romo, while still doing “right” by him.

The Houston Texans won the AFC South in 2016, and did so mostly without JJ Watt. When healthy, Watt is the best defensive linemen I have ever seen, but maybe they aren't so sold on him coming back fully healthy ever again.

Plus, with Jadeveon Clowney and Whitney Mercilus emerging as incredible pass rushers, one of these three could potentially become expendable. Especially if they are looking to fill their desperate quarterback need.

So, the Cowboys give up Tony Romo and their 28th overall selection for a chance to strengthen their weak pass rush with JJ Watt.

Well, everyone says no, but that's okay for now.

Get John Elway On The Phone

Once again, we are going back in time to complete this trade.

In the NBA, we often see sign-and-trade moves made. For example, the Los Angeles Clippers completed a sign-and-trade with the Rockets to send point guard Chris Paul to Houston just a few weeks ago.

Here, the NFL borrows from the NBA, as the Cowboys complete a sign-and-trade with the Denver Broncos. 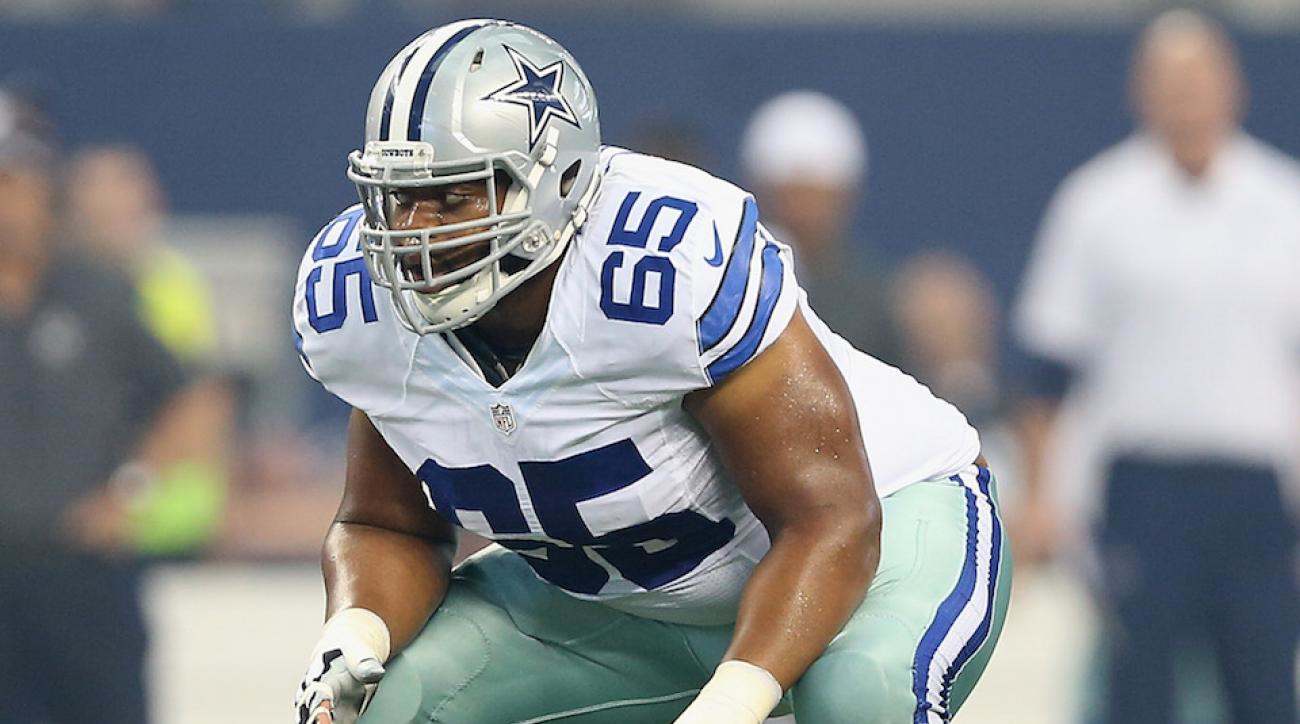 We all know how badly the Broncos need to upgrade their offensive line, and adding Ronald Leary would be a fantastic move for them (that's why they signed him in real life). So in this scenario, the Cowboys sign-and-trade Leary to Denver, packaging him with two future first round picks to land pass rush help in Von Miller.

The Cowboys obviously give up a ton here, but this is the type of deal we see teams make in the NBA in order to “go for it” in that particular year.

Anyone who reads my draft coverage knows how protective I am of draft picks, however, which leads me to my next trade proposal.

Take a Page Out Of The Boston Celtics' Book

I know this looks ridiculous, trust me. But here's the NBA-rationale.

The Seattle Seahawks are close to another championship, but have not had the weapons on the outside, or the offensive line to protect quarterback Russell Wilson. Because of this, the Seahawks have faltered in the postseason the last couple of years.

Now, Seattle is watching their chance at another title fade away, and making a blockbuster move like this to add both Dez Bryant and Tyron Smith would open that window once again.

In reality, the Cowboys have no reason to tear it down and start over. Though they do have nice young talent to build around already in place, Tyron Smith is too young to be included in a veteran salary shed such as this one.

Still, the Cowboys would get three first round picks, two second round picks, and a first round pick swap out of this deal in order to re-build their roster through the years. This is a deal similar to that which the Celtics made when they fleeced the Brooklyn Nets a few years ago.

Of course, not a single one of these trades are realistic whatsoever, but isn't it fun to leave reality for a bit and imagine the impossible?

Luckily, the offseason is finally almost over, and the Cowboys reality is about to be really fun too.

Kevin Bradyhttps://kevinrobertbrady.wordpress.com
Die-hard Cowboys fan from the Northeast, so you know I am here to defend the 'boys whenever necessary. Began writing for a WordPress Cowboys Blog, and have been with ITS since 2016.
Previous articleDallas Cowboys “Sauce Bros” Will Take Offense To Next Level In 2017
Next articleCowboys en Español: LB Damien Wilson Arrestado, ¿Ahora Qué?

The Cowboys improved to 2-1 this preseason with a home win, edging the Seattle Seahawks 27-26 in their final preliminary game. But the real...
Read more
Game Notes

It's amazing how fast this preseason has flown by. We are already in the final week before the regular season starts. The Dallas Cowboys...
Read more

Super fun read, Kevin. Hell, I didn’t want it to end.
It would be so much fun if something like were to actually happen in the NFL. Back when the Osweiller trade happened in Cleveland, I was hoping to watch them trade him again, that would’ve been NBA-ish.

If we could get Von Miller who when drafted in 2011 wanted Jerry to jump from 9 to 2 to draft him, we’d break the internet with that move lol

Yall must play Madden, thats the only time you see trades like this in football lol. I love the article. Wait till Madden come out, Ima have Von Miller next to Sean Lee & Jaylon Smith. Yall got me pumped lol!!!