3 Players Who Could Disappoint Cowboys Nation in 2017

I like optimism, I really do. I'm an optimistic person myself. When it comes to football, it's not hard to look at a certain player and think he'll have a breakout season during July. But there comes a time during the NFL offseason that you have to stop and look at things realistically. The “This Player Looks Younger Than Three Years Ago” and “This Other Player Feels Better Than Ever” headlines can become pretty exhausting.

Every year, there's at least one player who doesn't live up to these optimistic offseason expectations, and ends up disappointing fans.

That is why today, I try to identify three Cowboys players who could end up disappointing Cowboys Nation in 2017.

Before we begin, it's worth mentioning that I avoided both rookies and free agents who've just joined the team. 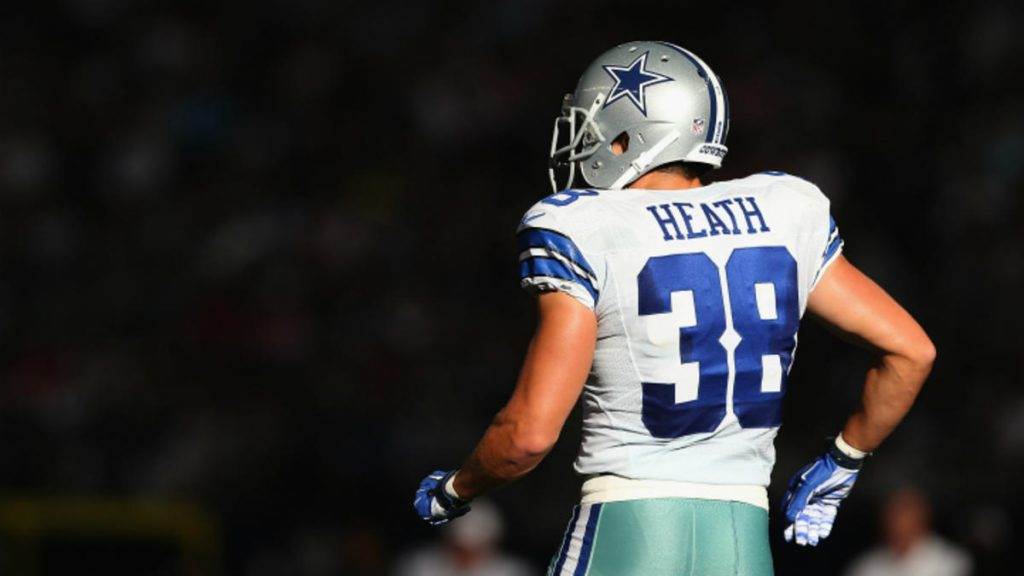 Safety is a position that will be up for grabs this year, and with multiple decent players fighting for the starting job, Jeff Heath has a chance to get more snaps this season. Heath has shown promising flashes when on the field, and naturally, expectations have grown for him.

Throughout the offseason, Jeff Heath has been one of the main topics for Cowboys fans.

Problem is, we haven't seen Heath play on a consistent basis.

Sometimes, he can look like a playmaker. But he probably hasn't shown us enough from a coverage perspective. Out of the three players on this list, he may be the least likely to live up to expectations. 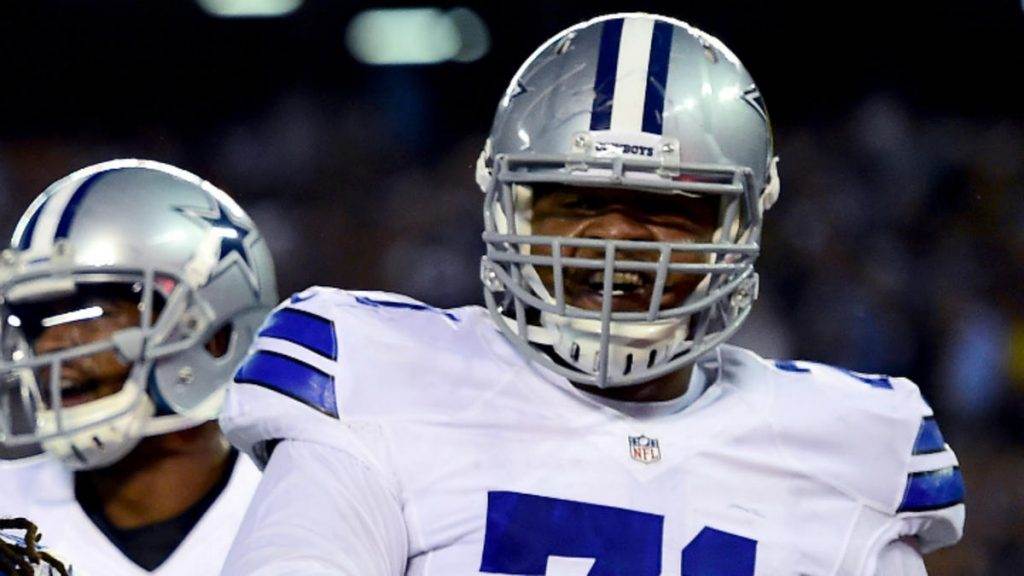 Collins did a good job as a LG during 2015. He never stopped throwing defenders around. But we didn't see him as much in 2016. After suffering an injury against the Chicago Bears, Ron Leary took his place.

Before that though, Collins didn't seem to have progressed much. After Leary took over, the offensive line worked better. In my opinion, the only player who can replace Ron Leary without being a downgrade for the position is La'el.

But it doesn't look like Collins will be the left guard this year, as he has practiced as the starting right tackle this offseason. Some consider it a mistake, some consider it the right call.

The last we saw from Collins as a left guard was barely above-average. He hasn't played a single snap at RT. He has the traits, but how good will he really be?

It's only fair to recognize he might fail to have an above-average performance as a RT in 2017. 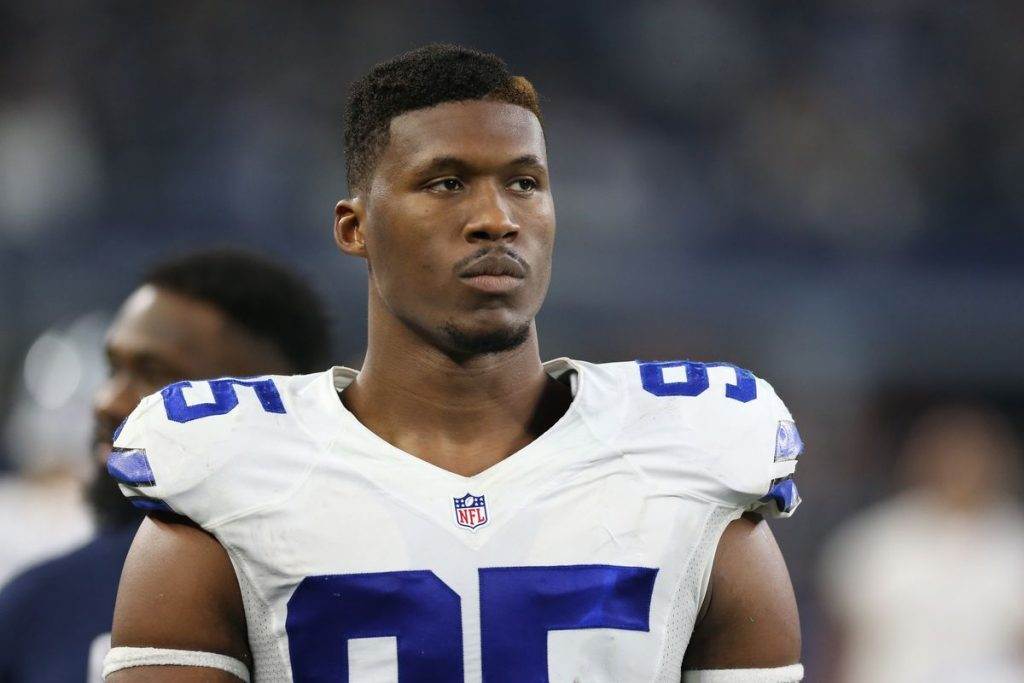 The main reason I chose Irving for this list is his four-game suspension. 2017 won't be the first season we will be thinking pass rush reinforcements are coming week five.

Irving is perhaps the most promising DL on the team right now. He's always shown flashes of a great pass rusher and late last year he had several premium performances. It was just a matter of getting him more snaps. There doesn't seem to be a reason to think he won't be as good or better this year.

It wasn't until the Cowboys final three games that we saw Irving most of the time on the field. Before that he didn't have a very big role.

Will he be able to have a breakout year after being out for the first four games? Or will he fail to meet expectations?

Mauricio Rodriguezhttps://www.facebook.com/PrimeroCowboys/
I love to write, I love football and I love the Dallas Cowboys. I've been rooting for America's team all the way from Mexico ever since I can remember. If you want to talk football, I'm in... You'll find me at @MauNFL.
Previous articleRotation at Left Guard Could Be the Cowboys Best Option
Next articleIs Daryl Washington An Option For Cowboys After Damien Wilson’s Arrest?

Welcome to another edition of the Countdown to Kickoff Series! We're officially 38 days away until the Dallas Cowboys take on the Tampa Bay...
Read more
Cowboys News

Few former Cowboys have been bigger cheerleaders for the organization than Michael Irvin. But even "The Playmaker" can't find much to praise in Dallas'...
Read more

Way to be a buzzkill, Mauricio.

You did pick a good three, though, as all of them are being expected to fill big roles without a lot of supporting evidence. Perception changes so much once a player’s workload increases; flaws are more likely to be exposed and he’s more likely to have mistakes/failures with more fatigue.

Of the three, I have the most confidence in Collins. While I don’t think he’ll ever be as good at tackle as he could’ve been at guard, he still played it very well in college and in the SEC. At worst, he’ll be a solid starter.

Sorry to be a buzzkill, Jess. I did feel bad writing this, but I think this is something Cowboys Nation needs to read. That’s exactly why I picked these three.
Out of these three, I’d agree with you on Collins. He won’t be bad. Hope none of them ends up being bad.

These three don’t have a whole lot of tape to go on to project that they will be major contributors in 2017.

Even prior to the David Irving suspension, I was concerned that he was the guy to be relied upon to improve the pass rush.

Heath will either be the GOAT that we all thought he was, or he will be the goat o the defense.

La’el at RT has me super pumped for what the offense could do running right.

Honorable mention to this would be Any of the players make their debuts with the team. Jaylon, Tapper, Chido, Lewis, Woods, Switzer, Taco. The hype is getting big surrounding those players who have yet to play a down yet.

Exactly. That’s why I decided to avoid rookies. Any of them can end up being a bust, whether we like it or not. They´re rookies. Sorry to derail the hype train, John!

Lol. You’re arguments were strong. There is no guarantees from anyone that’s being hyped. Like You I take a more optimistic view for sure.