3 Potential Draft Targets Who Shined In Their Championship Games

We still have to wait a long time before it's Draft season, but after watching college football's conference championships yesterday, it is inevitable to start talking about some prospects who could help the Dallas Cowboys next year.

The Cowboys still have four football games left, but the college football season is coming to an end. This week, some of the best teams in the country played their respective conference championships. Here are some players who shined in their championship games and could help the Cowboys at positions of need. 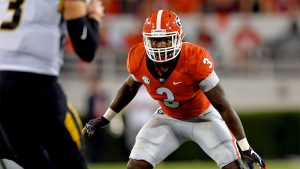 Out of everyone on this list, Smith is perhaps the player who made the most noise on championship weekend. As Georgia absolutely destroyed Auburn, Smith made his presence felt on the field.

His stats were outstanding, including 13 tackles (10 of which were solo), one sack, two tackles for a loss and two fumble recoveries. The 2017 SEC Championship Game MVP will definitely be in the “top LB of the class” conversation.

Roquan might go too early for Dallas, but a lot of things can happen between now and April, so he's still worth keeping an eye on. Who knows, maybe we even get to see Dallas trading up. Just picture a LB group with Sean Lee, Anthony Hitchens, Jaylon Smith and Roquan Smith.

It's no secret that Jason Witten's career is coming to an end soon, and his perfect replacement may be coming out of Oklahoma this year. The Sooners TE is arguably the best at his position this year and a key piece of the Baker Mayfield-led offense.

He's not only good as a receiving threat, but also as a blocker, which does nothing but help his draft stock.

The Cowboys may be reluctant to target a tight end in the first round, but it wouldn't be a surprise to se a TE's stock falling just because of his positional value. It's still to early to say, but Andrews could be a second-round target for Dallas. At least, he should.

We may have hopes on Rico Gathers, but it should be time to start looking at other – more viable – options. Mark Andrews would be a nice addition to the Cowboys offense.

In a game in which more than 100 points were scored, Memphis' WR Anthony Miller's draft stock skyrocketed. There're a lot of reasons to believe he won't be a first-round pick, including the conference he plays in and his lack of size. 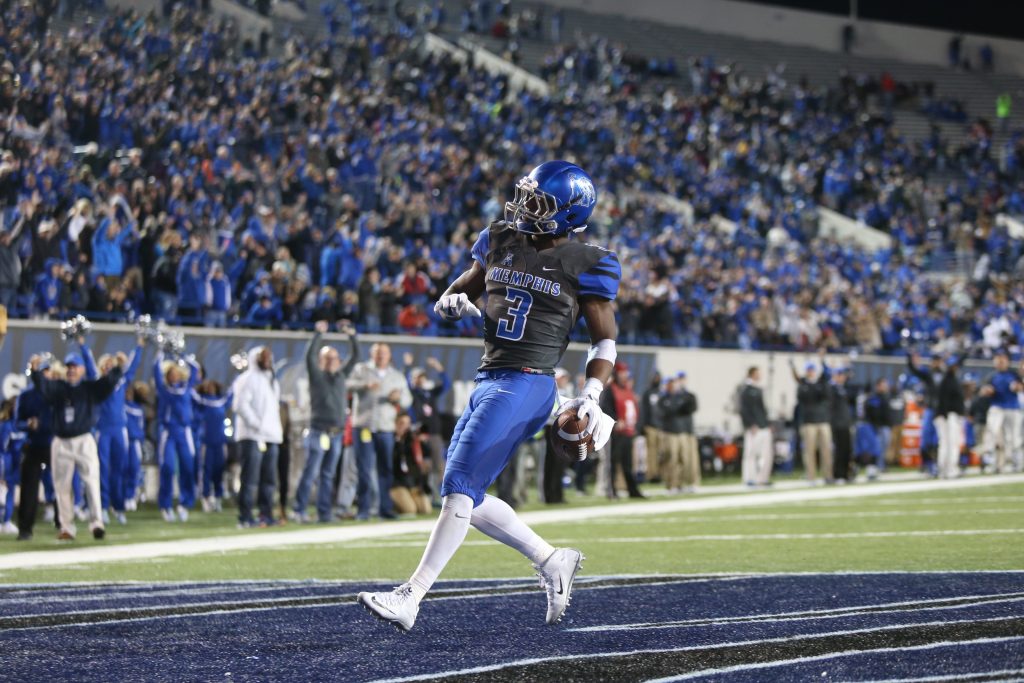 But don't underestimate this guy. He truly is a game changer. During his championship game versus Central Florida, he caught 14 passes for 195 yards and three touchdowns.

The Cowboys really need to take a look at WR as a top need. Even with names like Dez Bryant and Cole Beasley, this is a group that has really struggled creating separation and opportunities for the offense.

As draft season gets closer and closer, we'll be taking a deeper look at all of the Cowboys' prospects. For now, I thought of pointing out these guys who had excellent performances in their championship games.

It may not be the best Draft class ever, but I bet it will be a fun one for the Cowboys.

Mauricio Rodriguezhttps://www.facebook.com/PrimeroCowboys/
I love to write, I love football and I love the Dallas Cowboys. I've been rooting for America's team all the way from Mexico ever since I can remember. If you want to talk football, I'm in... You'll find me at @MauNFL.
Previous articleDallas Cowboys: Could Thursday’s Win Spark A Run?
Next articleGiants May Have New Head Coach for Cowboys Game

With back-to-back clutch performances against the Cincinnati Bengals and...
NFL Draft

Most of the 2018 NFL Draft class is heading into their fourth seasons, and for most of those the final year of their original...
Read more

I’ve been talking about Anthony Miller and Roquan Smith all season, I may have to start writing because the only ones that know is my family and friends but it’s cool.

Haha, I’ve been there. At the very least, make sure to tweet, that’s always a good way of keeping track of your takes. Thanks for reading, man!

No, problem keep up the good work!

For ( Line backer) I would like us to go after Micah Kiser and or Josey Jewell. (WR) I like James Washington’s ability to make big plays and also Simmie Cobbs or Courtland Sutton. A safety for middle rounds maybe someone like Andrew Wingard. (TE) I like Andrews to and Adam Brenneman. 1st Rd we need to see who is there, like if Derwin James or a Arden Key are there then they should be targeted . For anyone who likes mock drafts, fanspeak have a simulator you can use. It is a lot of fun.

I think Micah and Josey could be found in the 2nd and 3rd rounds. I also think Anthony Miller is a 2nd rounder. Dallas will probably end up between #16 -#18. I have been saying that we need to draft an OT and tILB or vice versa. If Roquan Smith is available, then we should run to the podium with our pick.He reacts like Sean Lee and has great acceleration to the ball carrier. We should still sign Hiutch, BTW. Still, I think OT should be our 1st round priority.