3 Reasons To Remain Optimistic About The Cowboys

Because of their 2-3 start, things are feeling pretty dim around Cowboys Nation.

And, of course, I get it. The Cowboys defense has given up more than 30 points three of their last four games, and the team has lost all three of those same games. The only wins for the Cowboys this year came against the New York Giants and Arizona Cardinals, who both appear to be bad football teams.

Entering the bye week, I want to help the mood of all the fans. Here are three reasons why we should remain optimistic about the Dallas Cowboys going forward this season and beyond.

This Offense Is Elite.

I mean, is there any doubt about this?

The Dallas Cowboys offense has finally hit it's stride, looking like it's old self during their week five game against the Packers. After struggling a bit to start the season it now looks like the Cowboys offense is back to where we expected them to be.

Dak Prescott is the quarterback of the future in Dallas, and has played arguably the best football of his career over the last ten quarters of the season.

This offense strikes fear in the hearts of their opponents, and they've reached the point where holding them to 28-30 points is a “win” for most defenses. Let's be grateful for Dak Prescott and this Cowboys offense, as they will give this team a chance every week.

Sacks Appear To Be Coming. 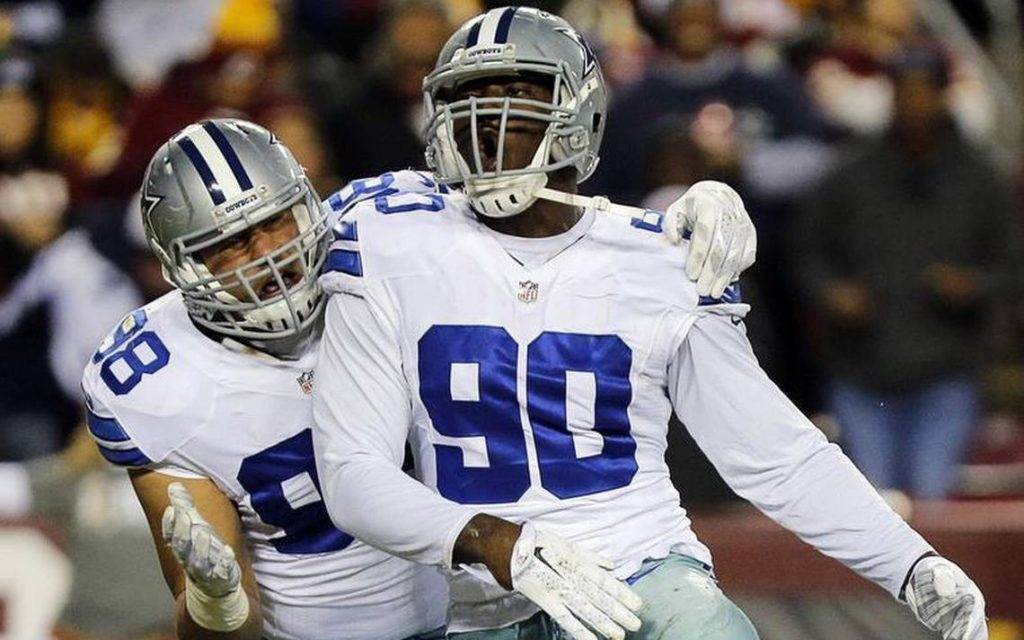 For the first time since DeMarcus Ware's departure to Denver (or maybe the Greg Hardy year), the Cowboys have a legitimate pass rusher off the edge in DeMarcus Lawrence. Leading both the team and the league with 8.5 sacks, Lawrence is beginning to dictate protections and force extra blockers his way.

The problem has been that there is no one else to rush beside him, but with David Irving coming off suspension last week and coming away with two sacks in his season debut, sacks are officially coming in Dallas.

There is still reason to worry about the rest of the Cowboys defensive line and pass rushers, but with Lawrence and Irving, they will always have a chance upfront.

To be honest, neither the secondary nor the defensive line has been that bad for the Cowboys thus far. The real problem lies with their linebackers, who have been abused in coverage and against the run the last couple of weeks.

Listen, I realize that depending on a 31 year old injury prone linebacker to save your defense isn't the best strategy, but it's the one the Cowboys have right now. Lee is the best player on their defense, and was great against both the Giants and Cardinals early this season.

His return will help the defense tremendously, and should make the unit look a lot better over the course of the season. Plus, these young defensive backs are playing pretty well already, and should only improve as we progress through the year.

Kevin Bradyhttps://kevinrobertbrady.wordpress.com
Die-hard Cowboys fan from the Northeast, so you know I am here to defend the 'boys whenever necessary. Began writing for a WordPress Cowboys Blog, and have been with ITS since 2016.
Previous article
Sean’s Scout: Raw LB Justin March-Lillard Shows Potential
Next article
Who Will Replace DT Stephen Paea?