To say that the Dallas Cowboys were fortunate enough to find their future signal caller in the fourth round of the 2016 NFL Draft would be an understatement. Dak Prescott had arguably the best season for a rookie quarterback in the history of the NFL, but there are reasons to believe why he will be even better in 2017 and thrive as the Cowboys signal caller.

Dak Prescott finished his first year in the NFL throwing for 3,667 yards, 23 touchdowns, four interceptions, and an impressive 104.9 passer rating. He also accumulated 282 rushing yards and six TDs on the ground. Those numbers alone have him among the best rookie QBs to ever play in the NFL, but they also earned him a trip to the Pro Bowl and made him the NFL Offensive Rookie of the Year.

It’s hard to imagine that he will be even better in 2017, but that is exactly what I’m predicting. Continue reading below to see the three reasons why I believe Dak Prescott will thrive in 2017 for the Dallas Cowboys. 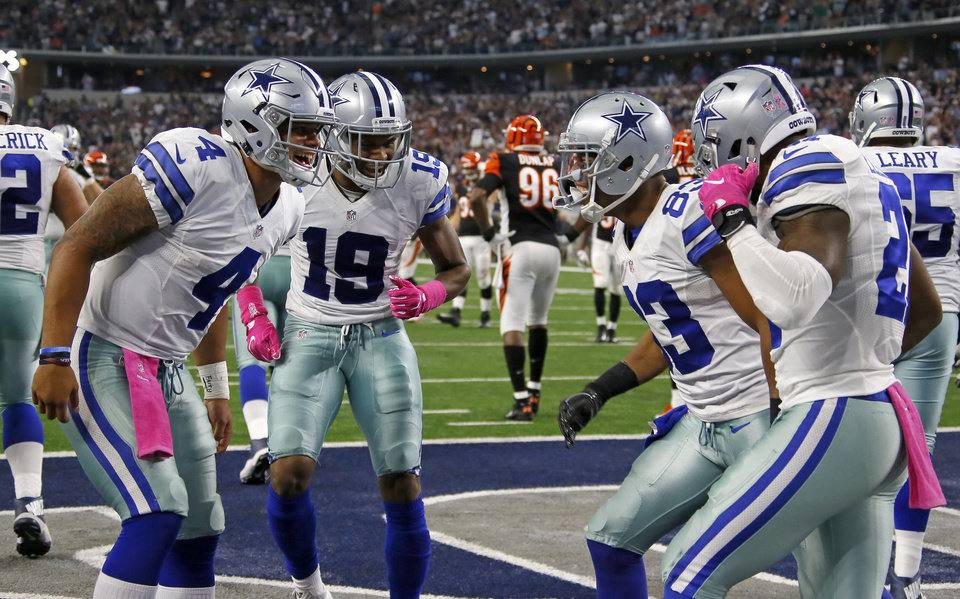 It’s a rarity in today’s NFL that teams are able to keep nearly all of their starters on offense or defense in consecutive years, but that is exactly what it looks like the Dallas Cowboys will be able do in 2017.

Doug Free and Ronald Leary are the only two starters on the offensive side of the ball that won’t be returning in 2017. But, Leary’s spot will be filled with La’el Collins, who was the starting left guard to kick off the season to begin with and Free’s spot could be filled from within as well. Everything else should look almost exactly the same as it did in 2016.

There’s a lot to be said about having continuity on offense, especially for the QB. Prescott should already have a really good understanding about the strengths and weaknesses of his offensive weapons and he can continue to build the bond with those players instead of having to start all over.

But, it’s not all about the players returning. I think Prescott will also continue to get better because he will have another year in offensive coordinator Scott Linehan’s scheme. The playbook should also open up more with a years worth of experience under his belt. 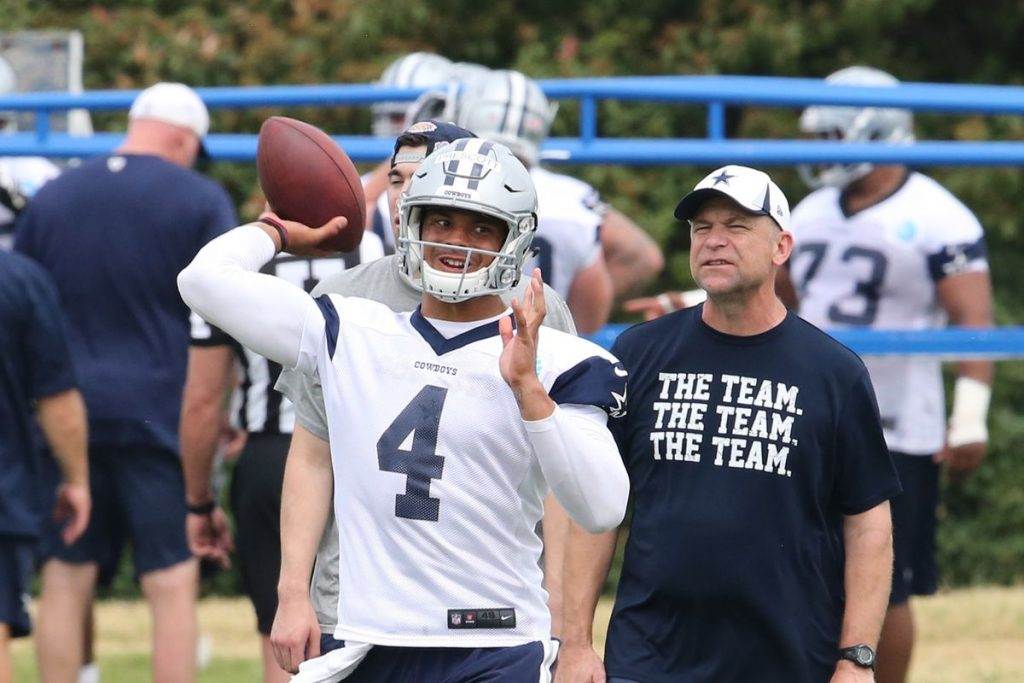 What was most impressive about Dak Prescott’s rookie season and what he was able to accomplish, was the fact he didn’t have the benefit of receiving the starters repetitions during off-season practices. In fact, he was nothing more than the third or fourth quarterback on the depth chart until Kellen Moore and Tony Romo both went down with injuries.

All of that will change now that he is the signal caller for the Dallas Cowboys. He is going to get to really strengthen the bond with all of his offensive weapons and get to know Scott Linehan’s offensive playbook even better.

Having a full off-season to prepare for the season could possibly be the biggest reason why I think he will thrive in 2017. Prescott is going to now get the coaching staff’s full attention and the organization now has the time to figure out exactly how best to use him.

We may have just seen a glimpse of what Prescott was capable of last year, but with a full off-season to put his stamp on the offense, things should only improve in his second year in the NFL. 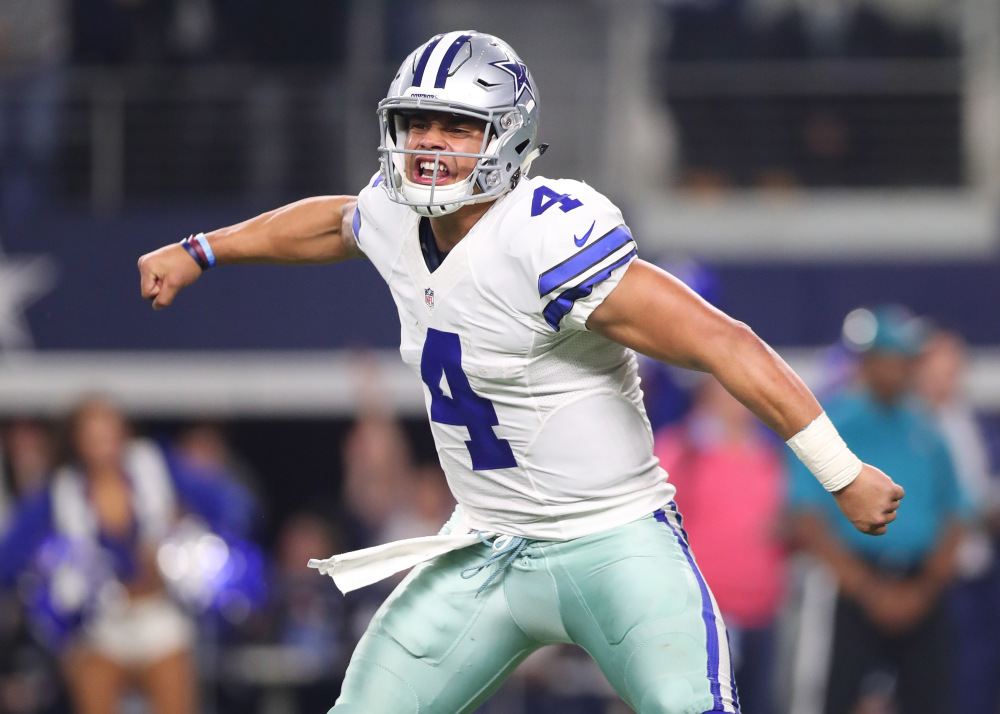 I’m personally a big fan of Tony Romo’s, so this is a little bit of a bittersweet moment for me. I love what I’ve seen from Dak Prescott so far, but I absolutely hate to see this is the way Romo’s career is going to end with the Dallas Cowboys. But, there is no denying that this is Prescott’s team from here on out as long as he continues to play at a high level.

Prescott no longer has to look over his shoulder and wonder if the coaching staff is going to reinsert Romo into the starting lineup. Romo will likely be continuing his career with an organization or joining the media side of the sports industry.

This is now Prescott’s team and they will only go as far as he is willing to take them. Yes, there are 10 other players that complete the offense, but it’s the QB that is asked to be the leader of the unit.

It was really impressive how he is able to step in as a rookie and get his teammates to rally around him. He is going to have to continue that leadership role if he is going to take the Dallas Cowboys where we all want to see them.

With Tony Romo gone, everyone will be looking to Dak Prescott to step up and take over as the leader.

Do you think Dak Prescott will thrive in 2017?