3 Things We Learned From The Cowboys Victory Over The Giants

The Dallas Cowboys put together an impressive performance against the New York Giants to kick off the 2017 season. They dominated both sides of the ball and controlled the game from beginning to end. If they continue to play the way they did against the Giants, they're going to be a tough team to beat.

Of course, not everything was executed to perfection Sunday night for the Cowboys. There are plenty of things they can still cleanup and get better at, but overall it was an impressive start. So, what have we learned or can take away from Dallas' Week 1 victory over the Giants?

Continue to read below to see 3 things I think we all learned from the Dallas Cowboys victory over the New York Giants. As always, please feel free to use the comment section at the end of this article to express your own opinions or thoughts. 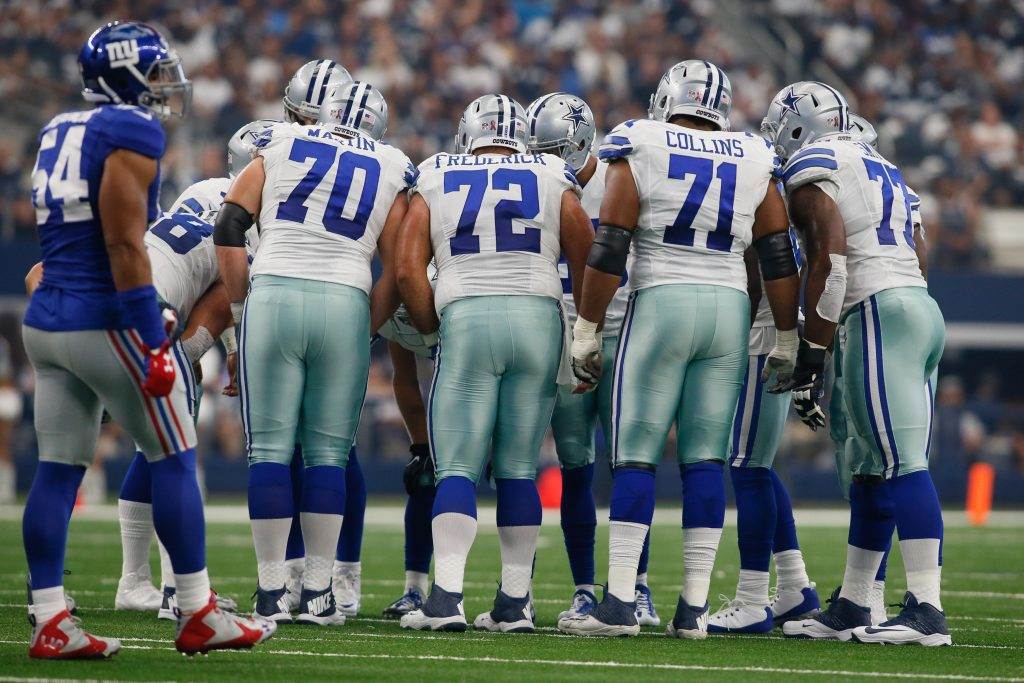 La'el Collins is already an upgrade at right tackle

I've been pretty outspoken about my belief that La'el Collins' best position in the NFL is on the inside at guard. I've always believed that his strength and agility was best served playing in a phone booth, giving him the advantage over opposing defensive tackles. But, the way he has played in preseason and now against the New York Giants has proven to not only me, but everyone else he is an upgrade at the right tackle position (no offense Doug Free).

We all knew Collins was going to have his hands full against the Giants. They have a pretty good duo at defensive end in Olivier Vernon and Jason Pierre-Paul, but Collins got the best of them the majority of the night. It wasn't a perfect performance by any means, but he is only going to continue to get better with more time and that's great news for the Cowboys offense.

One of the biggest unanswered questions heading into the first week of the 2017 season was who would be playing between Travis Frederick and Tyron Smith at left guard for the Cowboys? Well, a lot of people believed it would be Jonathan Cooper because he's remained healthy, but the coaching staff threw a curveball and started Chaz Green instead.

I've been a firm believer that Chaz Green is the Dallas Cowboys fifth best offensive lineman, but it's been a little difficult to argue that point since he can't manage to stay on the field. Green has not been able to stay healthy since joining the Cowboys, but he's proven he can be a starter in the NFL when he can get on the field.

I think the Cowboys went with Green because of his ability to block in both the zone and power scheme. The Cowboys rushing attack is versatile because they mix up their blocking schemes. One rushing play may be an inside or outside zone, the next a power attack. It really puts the opposing defenses at a disadvantage. That's why I believe Green got the call ahead of Jonathan Cooper. Cooper simply doesn't have the same playing strength.

The Cowboys pass rush is much improved

If the Dallas Cowboys defense can get this kind of performance from their defensive line week after week, then the pass rush is much improved from a season ago. The entire defensive line was active and disruptive the entire game. Giants QB Eli Manning never looked comfortable and it showed in his performance.

I know it's just one week, but a healthy DeMarcus Lawrence could be a difference maker this season. He has struggled with back injuries over the past few seasons, but definitely looked healthy Sunday night against the Giants. It's a good time for him to start getting noticed since he is in a contract year. It's funny how that happens isn't it?

Lawrence of course wasn't the only one getting to the QB. We saw Charles Tapper, Maliek Collins, Benson Mayowa, and even Stephen Paea put pressure on Manning. I think things will only continue to get better for Rod Marinelli's “rush men”, especially when they get reinforcements from David Irving and Damontre Moore when they return from their suspensions.

What did you learn in the Cowboys victory over the Giants?

Agree on all points, AND added bonus have been waiting for YEARS to see if Mgt/ownership could pair SEAN LEE with a stud middle LB since Carter & McClain never panned out! But…if JAYLON can put aside that almost career-ending injury and be 90% of what he’s physically capable of, plus Hitchens comes back stronger than ever… woa Nelly!!!

I completely agree with you Ethan. I wonder if the Cowboys are considering extending Hitchens after the season? I think they really like his ability to play all three LB positions.

Did anyone besides me see La’el put PP on his a55! He must’ve knocked him back a few yards before JPP landed on his butt. Impressive!

Collins did an excellent job Sunday night. He was a perfect, but he has already exceeded my expectations.

Good for you Travis. I wish I would have had your confidence in Collins. I personally never said he would be a bad right tackle or that he wouldn’t be an upgrade over Doug Free. But, I did state that I think Collins’ best position is on the inside at OG. I still think this is true, but he’s proving to be a good RT right now.

There is no way I’m going to predict where Jaylon Smith is now and where he will be at the end of the season LOL. Right now he is moving around really well and should continue to get better with more repetitions. He does however need to trust himself more. He had a chance to make a few big plays behind the line of scrimmage but hesitated. Also, we never know how the season may turn out. Too many variables to take into account, but I think you’re pretty close with your prediction.

Great comments below from Ethan and Brian!! Still say I would have loved to have seen TJ Watt at middle with Sean Lee on one side and Jaylon on the other!!! Send him up the middle often!! Would have been best linebacking group in football!! “Shades of Butkus…OR “MANSTER 2.0″!!! Number one pic ” TACO” has shown nothing!!!!