If there's one certainty in this league, it's that injuries will happen. There's really no way to get around it. Some may call it bad luck, some may use the phrase “injury prone” to describe consistently injured players, but with how the game is played today, there's no way that all 22 starters for the Dallas Cowboys' will play in all 16 games this year.

Whether it's a torn ACL, a high ankle sprain, or a pulled hamstring, it seems that every year the Cowboys end up missing a player or two due to injury. Dez Bryant has dealt with his fair share of lower body injuries over the last few years; Tyron Smith has dealt with some back injuries; Orlando Scandrick's hamstrings seem to give him more issues each year.

There are a few players on this 2017 Dallas Cowboys roster who most stay healthy in order for the team to have success.

This is the most obvious one.

When a team's starting quarterback goes down, the team normally struggles a great deal. Cowboys Nation witnessed that in 2015 when Tony Romo went down in week two of the season with a broken collar-bone.

2016 didn't look much more promising after Romo went down yet again in the third week of the preseason against the Seattle Seahawks.

That's where the team found out that their future would be safe in the hands of Rayne Dakota Prescott.

Dak Prescott is the heartbeat of this team. Whether by his poise, his ability to escape a broken down pocket, or battling his way into the end zone for a game-tying two-point conversion, Dak Prescott leads this football team. 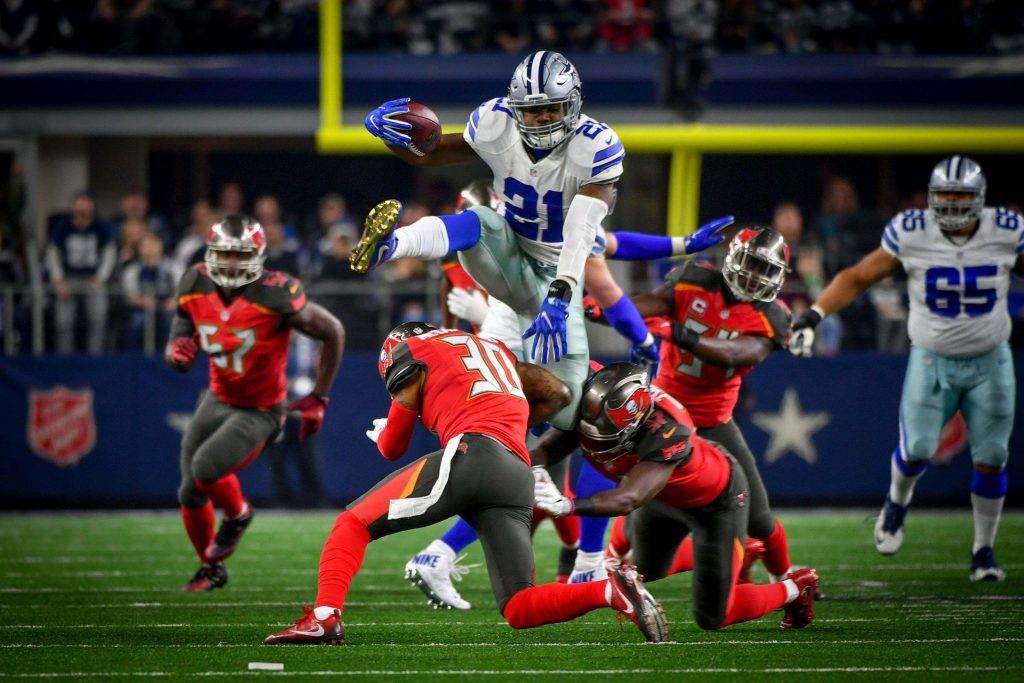 Again, this one shouldn't surprise many people. Any team in the league would be devastated if they happened to lose the leagues leading rusher for any extended period of time, but the loss of Elliott for the Cowboys would be soul crushing.

Zeke — like Prescott  — is a young and energized leader for this organization. He has the ability to really dominate a game. Elliott grew so much as a player from week one to the NFC Divisional Round game last year, that I can't wait to see his improvements from year one to year two.

Elliott's role will likely be expanded this year due to the departure of Lance Dunbar, who was the team's primary third down back last year. While that opens up opportunities for more touchdowns, yards, and awesome hurdles, it also raises Elliott's risk of injury.

Luckily, Ezekiel Elliott stayed healthy pretty much his entire rookie season. He did deal with a hamstring injury that kept him out of a lot of training camp and most of the preseason.

While I love the potential of Zeke's ability in an expanded role, the Cowboys would be smart to give him a play or two off here and there to keep him fresh.

Byron Jones doesn't get the credit he deserves; not from the fans or the national media. Not only has Jones already established himself as one of the better players on the Cowboys' defense, but he is also becoming a leader in the locker room.

Byron, entering his third year in the league, has grown as a player each year.

His versatility in Rod Marinelli's defense is one of his best attributes. He has the ability to play free safety, strong safety, cornerback, and has even played linebacker in certain situations.

Beyond his play, Jones is one of the smartest players I have ever seen play.

Byron seems to always be in position to make a tackle, knock a ball away, or line the defense up the way he wants because he see's something nobody else does. This is even more important for the team when you look at how young and inexperienced most of the secondary is.

While he isn't a flashy player and doesn't get the interceptions fans might want, Byron Jones is a key piece to this defense, and the whole unit would struggle tremendously if he were to miss time. 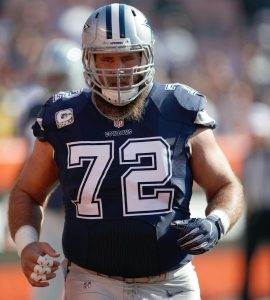 With the retirement of Doug Free, the Cowboys not only lost their starting right tackle, but they also lost one of the biggest leaders on the team. Doug Free may have been the weakest link on the offensive line, but the locker room respected Free more than anyone else.

That's where Travis Frederick comes in.

One thing you notice about this dominant OL is that none of these starters are very vocal leaders. Tyron Smith and Zack Martin are two of the best offensive lineman in the league, but they aren't outspoken enough to really take over as the head of the Cowboys' household. La'el Collins is still young and lacks the on-field and locker room experience to really step in and take charge. But Travis Frederick has all that.

Frederick is entering his fifth year and has been one of, if not the best center in the game since he was drafted. Travis has yet to miss a game, playing in all 64 games.

I see Travis Frederick taking on a leadership role this year, and when you look at the center depth on this team, it isn't the prettiest thing in the world. Frederick is a big reason why the running game and passing game have been so successful over the past few seasons.

To lose a guy with his skill set and ability to step in and be a leader would be a huge setback for the Dallas Cowboys.

Can The Cowboys Survive Without Dez Bryant?

I really went back and forth on whether to put Dez Bryant on this list. When Dez Bryant is healthy, he is one of the best receivers in the NFL.

The reason I left him off is this: I have seen this offense keep its normal pace while Dez was out with an injury. Dez missed three games last year. The Cincinnati game, the 49ers game, and the Green Bay game. The Cowboys beat the two better teams (CIN and GB) rather easily.

If these players stay healthy I have no problem believing the 2017 Dallas Cowboys will look very similar to the 13-3 2016 Dallas Cowboys, maybe even better.