Counting undrafted free agents, the Cowboys added 20 new players over the weekend – so basically Football Christmas is the best thing ever and we should all be excited about these new members of America's Team.

Equally as excited should be a few Cowboys that I think were given a vote of confidence by the team based on their roster status and the positions targeted in the draft.

Here is whose fan club in Cowboys Nation could be growing very soon. 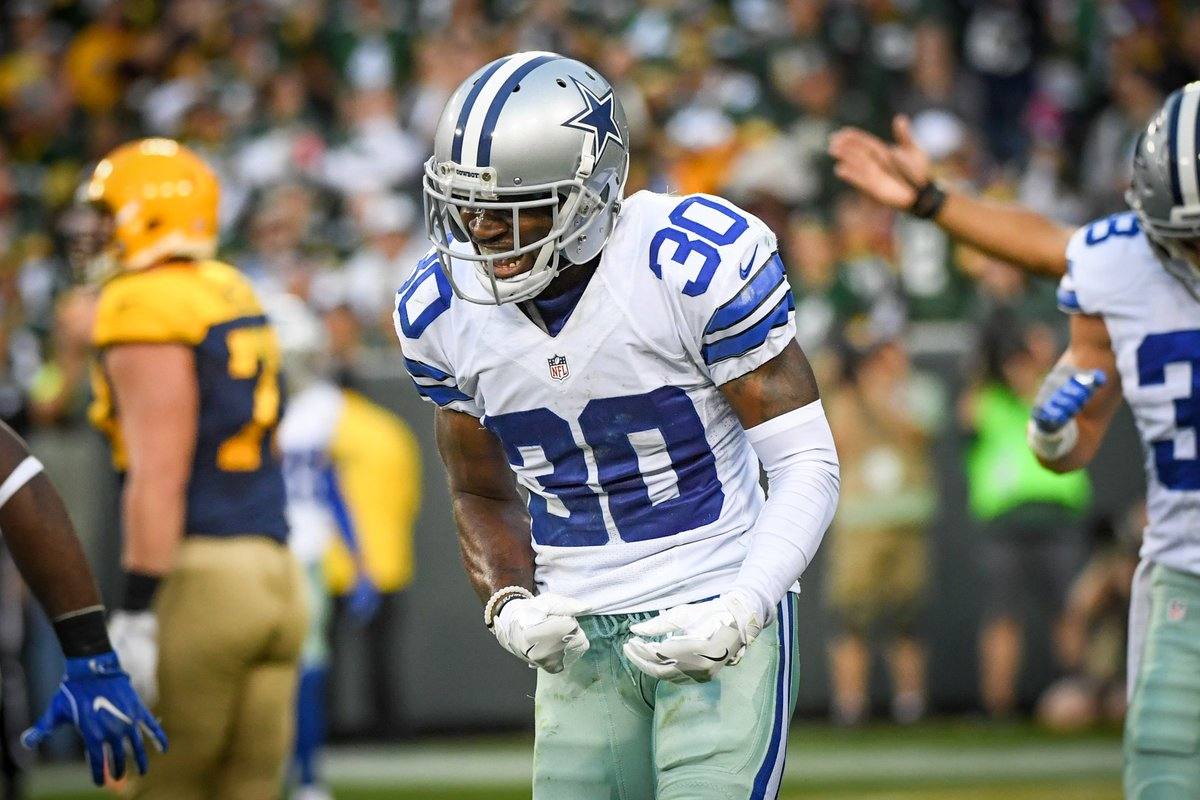 Sure, the Cowboys drafted three cornerbacks in this draft, but each was selected with a direct acknowledgement of the existing CB depth in Dallas. The highest defensive back drafted, 60th overall pick Chidobe Awuzie, is already being considered as a “chess piece” player with the instinctive cover skills to play both outside and in the slot as well as at deep safety.

Awuzie will join Byron Jones as the match up weapons for the Cowboys' secondary, but players like this can only go so far without solid starters locked into roles like Anthony Brown's. The second-year player may not dominate at multiple positions, but he proved an above-average starter at CB as a rookie sixth round pick.

The Cowboys are so committed to their youth at cornerback that rumors have even surfaced about trying to trade veteran slot CB Orlando Scandrick, a move that would only further bump Anthony Brown up the depth chart.

What Anthony Brown will bring to the back-end of Rod Marinelli's defense at cornerback in 2017 is invaluable, and the Cowboys realize that.

You've likely heard already this offseason that, “Dak Prescott was only good in 2016 because of his offensive line, Ezekiel Elliott, and wide receivers”, and these conversations likely took place with Eagles, Redskins, or Giants fans.

There is no question at all that the Dallas Cowboys are committed to Dak Prescott as their franchise quarterback, with a core in place ahead of the draft to feel pretty good about Prescott leading this offense to great things once again.

With that said, the NFL Draft should also be looked at as an opportunity to add to your existing strengths in addition to addressing needs. A case could have been made for an early pick to be used at RB, WR, RT, or TE.

Instead, the first of just two picks the Cowboys dedicated to Scott Linehan's offense came in the form of North Carolina WR Ryan Switzer at 133rd overall – followed by Ohio State WR Noah Brown in the seventh.

Excitement is already building for the role (or multiple of them) that Ryan Switzer could carve out in Dak's offense, but the point remains that Dallas' offense is ready to dominate so long as Prescott remains sharp entering year two. 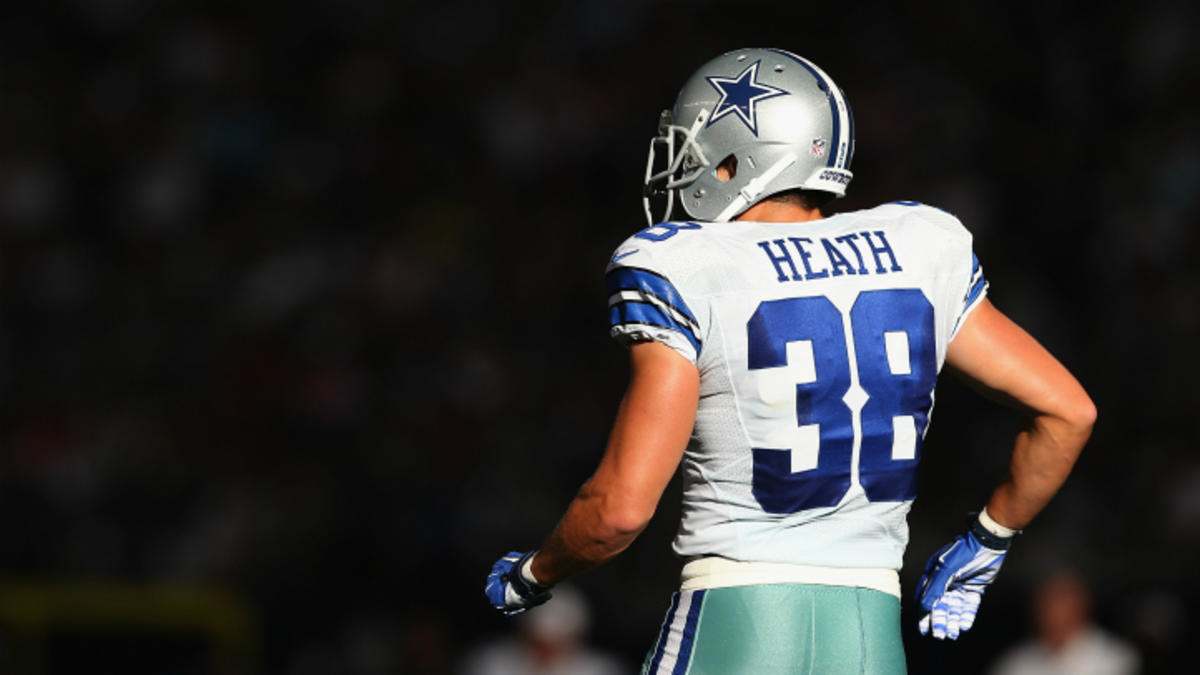 Instilling confidence in the greatest football player to ever walk the earth may have been an easy task for Will McClay and the Cowboys front office this weekend, but nonetheless the veteran safety and special teams ace still looks to enter 2017 with an expanded defensive role following a draft that brought in just one safety – Xavier Woods.

When the Cowboys' safeties were at their best a year ago, they were able to rotate in fresh legs with the likes of the now-departed J.J. Wilcox and Barry Church. This rotation included Jeff Heath, who most notably was all over the field in Dallas' home playoff loss to Green Bay.

Jeff Heath being a magnet for the football is something Cowboys Nation wants to see more of, along with rookie Xavier Woods. Both will have to earn their chances to play this summer in training camp, and you better believe these Cowboys coaches will be pushing to get the most out of Heath.

As somewhat expected, the Cowboys felt good enough with the job they did adding depth at RT following Doug Free's retirement to not use a draft pick on the offensive line. While Byron Bell and Emmett Cleary remain in place to add some solid depth, Chaz Green is certainly Dallas' preferred starter on the right side.

Green's biggest issue in the league since 2015 has been his durability, as he's proven on the field to fit in perfectly with the likes of Zack Martin, Travis Frederick, and Ronald Leary filling in for LT Tyron Smith.

Chaz Green will face competition to earn this key starting job, but it won't come from any rookie draft picks. 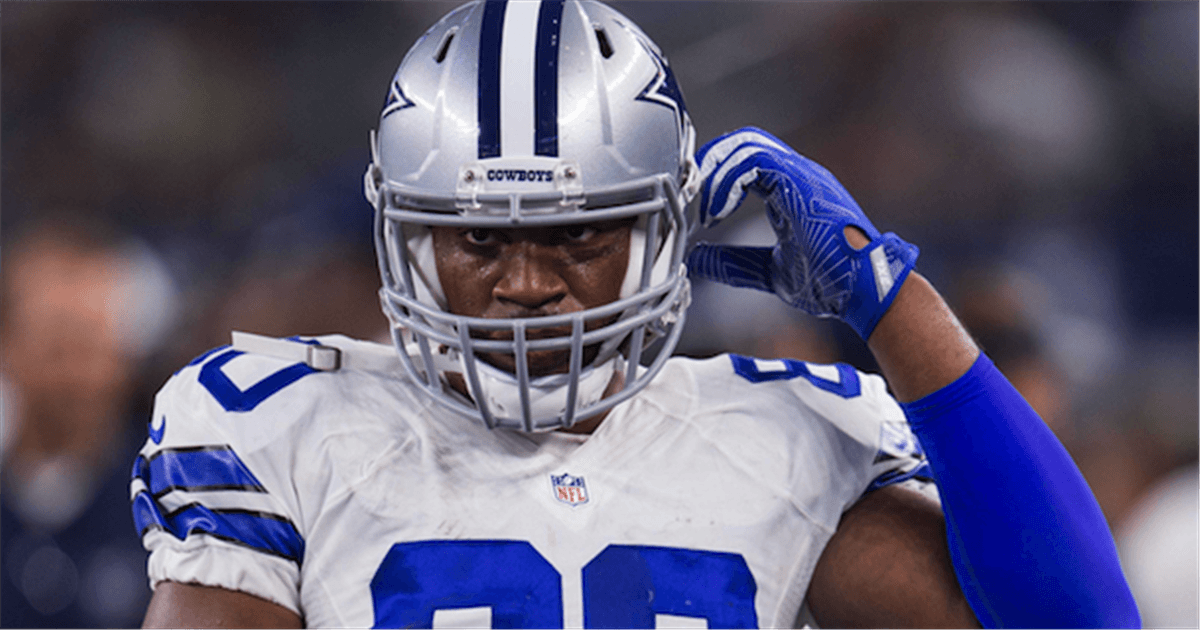 Another spot the Cowboys did not address in the draft was TE, despite having many more questions than answers at the position currently. For a short while, tight end was in the conversation for the 28th overall pick should an O.J. Howard or David Njoku slide, but even Njoku being available to them didn't prompt the Cowboys to let pass rusher Taco Charlton get away.

The TE spot doesn't need to be a focal point of the Cowboys offense thanks to their running game and presence out wide, but relying on two injured players in James Hanna and Geoff Swaim to backup Jason Witten is questionable team building.

Still a “secret weapon” to many, Rico Gathers could also be factoring into the Cowboys' plan at TE – as he has made strides to learn football ever since being placed on the practice squad for 2016. While there, Gathers was paid that of a full-time player, an early sign that the team was committed to seeing the end results of his transition from basketball to football.

Should this transition work out and Rico Gathers wears out the middle of the field in the passing game while using his frame as a blocker, the former Baylor hoops star will literally become a big part of the silver and blue's success moving forward.

These are five Dallas Cowboys that will have to live up to some heightened expectations following the last integral part of 2017's roster build – the NFL Draft. Where the Cowboys decided to allocate their draft assets shows confidence in some, and puts even more pressure on others facing job security questions.

That is a topic we will explore here at Inside The Star later in the week, but for now be ready to keep a closer eye on these five players over the summer. Every time Jason Garrett pushes the mantra “Compete”, the guys on this list should pay special attention.

Add another W to the win column, as the...
NFL Draft

Malik Hooker joined the Cowboys this offseason after his rookie contract with the Indianapolis Colts expired. But had he not been such an attractive...
Read more