The biggest concern for the Cowboys going into the 2017 offseason was needing to upgrade their pass rush. They have yet to make any moves, and one potential helper was lost when DeMarcus Ware announced his retirement yesterday. As such, it's become an even more dire concern.

While no other signing could have the novelty of a reunion between Ware and the Cowboys, there are still other free agent options out there for a veteran pass rusher. One of them, the Eagles' Connor Barwin, was discussed yesterday by one of our other writers.

Along with Barwin, here are some other free agent pass rushers that Dallas could consider. The ages provided are based on how old they'll be when the season begins:

After having at least 9.5 sacks every season since 2009, Dumervil's production has declined in recent years. He had just six sacks as a 16-game starter in 2015. Last season, playing in eight games and starting three, Elvis had just three sacks.

That doesn't sound great, obviously, but Dumervil's per-game production was still better than most Dallas Cowboys in 2016. Benson Mayowa led the team with just six sacks but played far more than Dumervil did for the Ravens.

Personally, I don't like Elvis as much as some of the other options on the list. However, beggars can't be choosers. If used strategically, Dumervil could still provide help to the Cowboys as a sorely needed edge rusher. 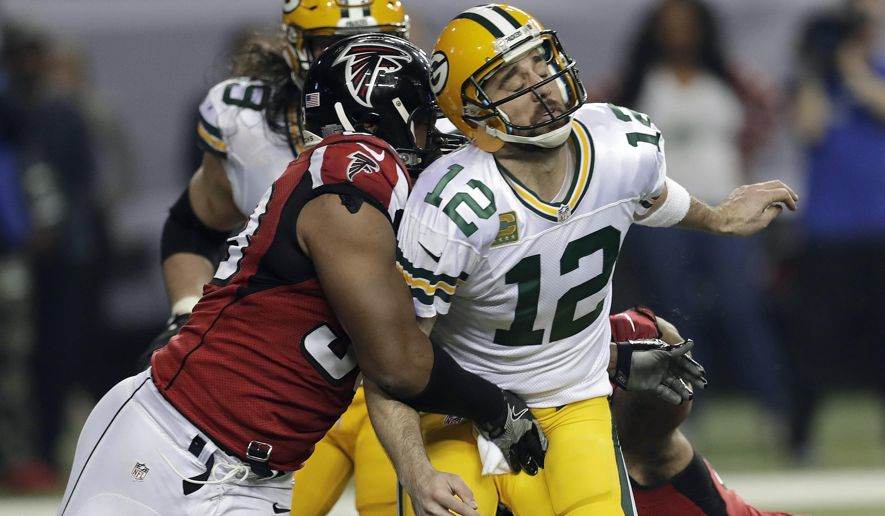 The oldest guy on the list, Freeney had three sacks in a reserve role for the NFC Champion Atlanta Falcons. Like Elvis Dumervil, he is far from the player that used to terrorize opposing quarterbacks on a regular basis. Still, he may be able to help the Cowboys.

If you were interested in Dallas re-signing DeMarcus Ware, it would be hypocritical to dismiss guys like Freeney or Dumervil.  They were all about equally productive last season. The red flags are the same but so are any potential gains.

After finally getting a Super Bowl ring in a part-time role with the Patriots, Howie's boy is looking to be a starter again. He isn't quite as aged as some of the other veteran options but his declining production in recent years is a concern.

Long's last “good” season was 2013 with 8.5 sacks as a full-time starter. His last two years with the Rams saw him get just four sacks, thanks largely to injury but also a reduced role. He totaled four sacks in 2016 with New England as a situational pass rusher.

Dallas' scheme should offer Chris Long a good chance to succeed. It's similar to what he did with St. Louis for many years. However, Long's best work came as a strong-side defensive end and that's where the Cowboys already have a lot of bodies.

Unlike the other guys on this list, Smith is still at a prime age but has had several injury issues. From 2014-2015 he recorded 13.5 sacks in 27 games, 18 as a starter and nine as a backup. He had ankle and hamstring issues that limited his availability.

Last year, Jacquies suffered a knee injury in Week One that ended his season. As a Restricted Free Agent in 2017, Smith received the lowest RFA tender from Tampa Bay that only gives them the right to match any contract he receives. With Smith being undrafted in 2012, a team trying to sign him wouldn't owe the Bucs any draft pick compensation.

Given that they weren't willing to put up an extra million or two to protect Jacquies Smith more, Tampa Bay may not be willing to match any offers. Dallas could try and get Smith for a low-priced deal, perhaps similar to the 3-year, $8.25 million they gave Benson Mayowa last year. Smith has already proven way more in the NFL than Mayowa had, but the injury concerns should drive the price down.

Jess Haynie
Cowboys fan since 1992, blogger since 2011. Bringing you the objectivity of an outside perspective with the passion of a die-hard fan. I love to talk to my readers, so please comment on any article and I'll be sure to respond!
Previous article
Dak Prescott Trains With Top Mississippi State WR Fred Ross
Next article
Is The Dallas Cowboys Future Strong Safety Already On The Roster?

Well maybe there is some one in Dallas with a brain. Re-signing WR Terrance Williams was a very good thing because along with Butler the entire WR corps will return intact. CB Nolan Carroll is an upgrade for the secondary, but they still need to look at the S position, and they still need a certified pass rusher. I am really hoping they don’t draft a TE in the 1st. Rd. like the rumors going around suggest. Also they may want to look at RB again this year with all of the stupid antics that Elliot is doing. He is going to mess around and get suspended. He really needs to grow up and act like a professional football player.