One week down and the Dallas Cowboys head into week two with a perfect 1-0 record. That's something that is so sweet to type out after eight long months with no Dallas Cowboys football. But as Jason Garrett likes to say, “the past is the past, we are looking ahead to Denver.” We all must move on and prepare for the 1-0 Denver Broncos.

La'el Collins' first start at right tackle in a Dallas Cowboys uniform couldn't have gone much better for the third-year mauler out of LSU. Collins had a tough matchup against one of the best 4-3 defensive ends in the NFL. In Sunday night's game against New York, La'el didn't allow a sack and was a force against the run as well.

This Sunday, Mr. Collins has an even tougher matchup. Standing across from La'el this Sunday will be one of the league's best 3-4 pass rushers, Von Miller.

In 2016, Miller finished his Pro Bowl season with 13.5 sacks and three forced fumbles. The Broncos' pass rusher will move around and rush from both sides, but will likely line up over Collins for a majority of his snaps.

La'el Collins versus Von Miller will certainly be a matchup I keep a close eye on Sunday. 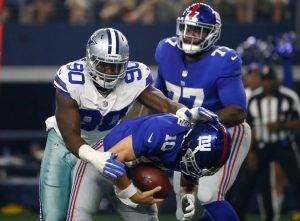 DeMarcus Lawrence had a fantastic start to the 2017 season after registering five total tackles–three of them for a loss–and two sacks in the home opener to the Giants. Lawrence has another good matchup Sunday against veteran Menelik Watson.

After watching the film from Denver's Monday night game, the one thing that stood out was how much Watson struggled against Chargers' pass rusher, Melvin Ingram.

Lawrence is slated to have another big game this Sunday, adding to his already impressive start to the season. 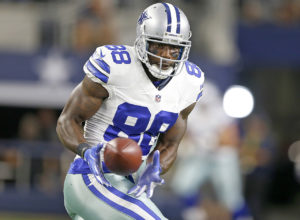 Dez Bryant wasn't perfect in week one against Janoris Jenkins, but he definitely made an impact in the game.

Dez finished the night with only two catches for 43 yards, but drew a long defensive pass interference penalty that set the offense up with great field position.

Bryant has another tough matchup this week against Aqib Talib.

Talib, a veteran in the league, is still one of the best outside corners in the NFL. One thing Aqib Talib does very well is get in the opposing wide receiver's head early in the game. Bryant must keep his composure and not try to be a hero.

I expect Dez Bryant to have a much bigger game in Denver, and with a lesser role.

The Dallas secondary was absolutely fantastic against the New York Giants, but the matchup gets much tougher this weekend in Denver.

Nolan Carroll and Anthony Brown had very nice games manning their sides of the field in week one, but both corners have another tough matchup this week with Demaryius Thomas and Emmanuel Sanders across the line of scrimmage.

A key player in the Dallas secondary this week will be rookie Chidobe Awuzie.

Chido had a very strong first game and is looking to build off that in his second career NFL game. Awuzie will likely play both in base and nickel defenses and have cover duties on all of the Broncos' receivers.

The 2017 second round pick will not be asked to lock down Demaryius Thomas, but he will be asked to keep his side of the field free of big plays. 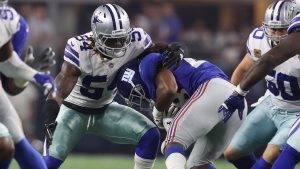 The Dallas Cowboys run defense held the Giants running backs to just 35 yards in week one, but has a much tougher matchup against Denver this Sunday.

C.J. Anderson finished Monday night's game with 81 yards on 20 carries. Along with Anderson's impressive night, Jamaal Charles looked like his old self in his first game as a Bronco.

Charles finished the night with 40 yards on 10 carries. The Cowboys will need Jaylon Smith and Sean Lee to have another big game at the linebacker spot, and Maliek Collins and Stephen Paea at the defensive tackle spot.

One big factor in this game is former Cowboy, now Bronco, Ronald Leary. Cowboys Nation is very familiar with Leary and how good of a run blocker he is. Unfortunately, Leary is in the league's concussion protocol and looks like a long shot to play in Sunday's game.

If Ron Leary is inactive for the game, that is a huge advantage for the Cowboys defensive line, in both the running game and passing game. 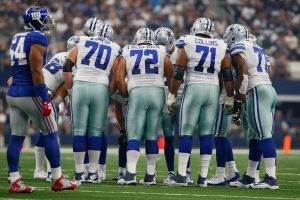 The Cowboys certainly do not want this game to be an air-battle between Dak Prescott and Trevor Siemian. Instead, Dallas should look to take advantage of playing against a 3-4 defense and run the ball hard at Denver's smaller outside linebackers.

The Cowboys defense looks to keep up the good work and put up another dominant performance against an offense that had no issues moving the football in their week one victory. The Cowboys secondary will be a man down with Orlando Scandrick likely missing the game due to a fracture in his hand, but look for Jourdan Lewis or Bene' Benwikere to step up and fill his role without any problems.

Connor Livesayhttps://insidethestar.com/
Born in 1995, loved Football but more importantly the Dallas Cowboys since day one. Living in Redskins Country flying the Blue and Silver flag as high as possible. Covering the Dallas Cowboys for InsideTheStar.com and CowboysNation.com. Catch me on twitter @ConnorNFLDraft!
Previous article
Sean’s Scout: Early Lack of Depth In Running Game Not A Concern
Next article
Scouting The Broncos: What You Need To Know About Cowboys’ Opponent