The recent signing of Ronnie Hillman was a little bit of a head scratcher for a lot of Cowboys Nation. The Dallas Cowboys RB position looked to be one the strongest units on the entire team, which only added to the confusion. That is why I thought it would be the perfect time to break down the Cowboys RB depth chart and hopefully clear some things up.

A lot of people believed the signing of Ronnie Hillman indicated that the Cowboys organization was a little worried Ezekiel Elliott could be slapped with some kind of suspension to start out the 2017 season. But, this would be untrue.

The decision to bring in Hillman was to provide depth to the Cowboys RB position so that they would have enough bodies to get through training camp and preseason. They simply didn’t want to overload their top RBs, which is smart considering they have an extra preseason game to play because of the Hall of Fame game.

Ronnie Hillman’s addition to the Cowboys RB depth chart doesn’t really change much right now, but it could end up shaking things up if he performs well. Let’s take a closer look at the Cowboys RB position and I’ll share with you who I think ranks where. 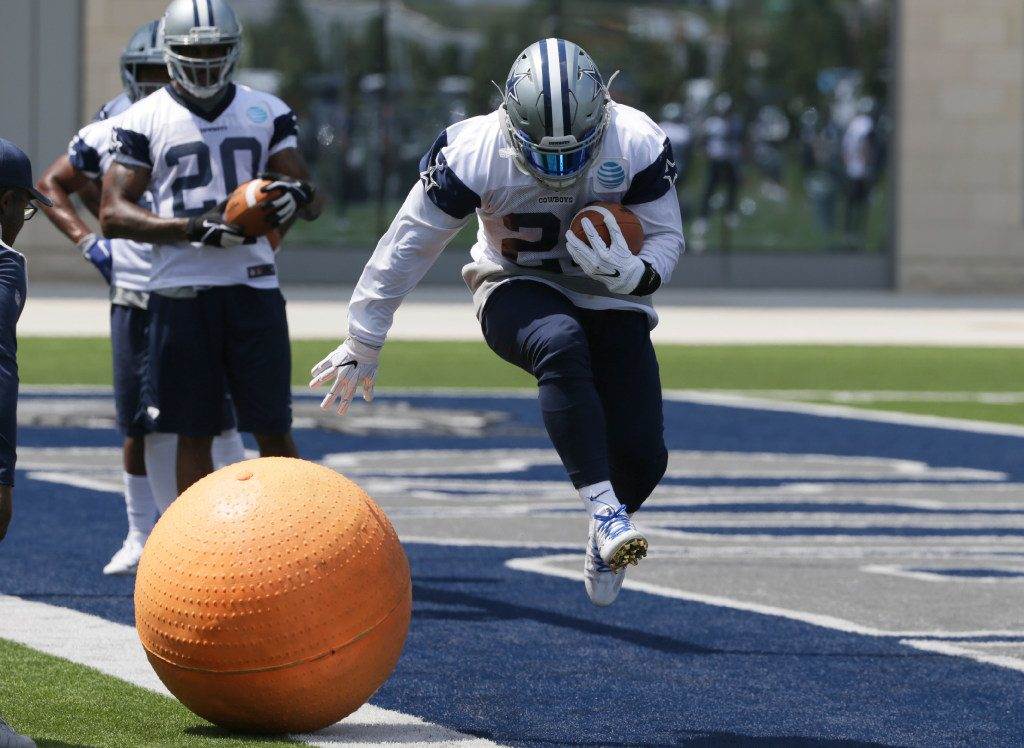 Zeke Elliott is without a doubt the top dog sitting atop the Cowboys RB depth chart. He had a fantastic 2016 season and put together one of the best rookie performances for a running back in the history of the NFL. He may be looking at a possible suspension to start off the 2017 season, but that won’t affect his spot on the depth chart at all.

Darren McFadden is clearly Elliott’s backup for the 2017 season and that shouldn’t change unless there is some unforeseen injury at some point down the road. The Cowboys coaching staff really value McFadden’s veteran leadership and his versatility as a RB. His value this season will likely be as a relief back to give Elliott a breather every now and then. It’s a role he accepts and embraces, which is one of the reasons the coaching staff loves him.

It may come to a surprise to you, but I believe Rod Smith currently sits third on the Cowboys RB depth chart. Smith is a versatile RB that can be utilized in several different ways. He is not only the Cowboys biggest RB, but he also plays fullback, and is on nearly every special-teams unit as well. He has a really good chance to make the Cowboys final roster, but Ronnie Hillman could threaten that if he performs well.

I personally think Alfred Morris is on the outside looking in. I wouldn’t be surprised if he doesn’t make the Cowboys final 53-man roster. He is honestly the least versatile RB the Cowboys have on the roster. The Cowboys like there third RB to be able to contribute in several different ways, but that’s simply not Morris’ game. I think he will be playing somewhere else in 2017.

I started to place Ronnie Hillman ahead of Alfred Morris on the depth chart, but since he just joined the team I decided to give Morris the benefit of the doubt. Hillman is the type of RB the Cowboys currently don’t have on their roster. He has the elusiveness and quickness to be the change of pace kind of back, which could prove to be valuable if he performs well in training camp and preseason. He could find himself sitting behind McFadden on the depth chart and take on that Lance Dunbar type role in 2017.

Thomas was a longshot to make the Cowboys 53-man roster as an undrafted free agent to begin with, but his recent injury really hurts his chances even more. He will likely see plenty of playing time in the preseason once he’s fully healthy, but his best bet to stick around is likely going to be on the practice squad.

Do you think Ronnie Hillman’s addition changes anything?