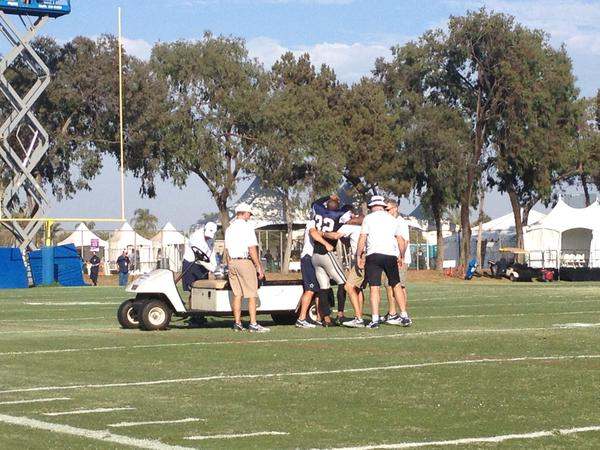 While not much is known about his condition so far, Orlando Scandrick is feared to have torn his ACL after a collision in practice with WR Lucky Whitehead. Scandrick is getting an MRI to determine the extent of his injury.

Witnesses say that Scandrick immediately said it was his ACL, that he could feel it was gone, but the team is still awaiting MRI confirmation at this time.

Cowboys will hold their breath on scandrick but judging from his disappointment and his teammates .. Doesn't look good. We will see

Orlando Scandrick has emerged as the #Cowboys best cornerback. If the MRI confirms fears of a torn ACL, significant, significant loss.

While the Cowboys have greater depth at cornerback than in recent years, losing the guy viewed as their top corner and the presumed starter is a frightening prospect. But it's important to remember that the Cowboys are prepared for this kind of stuff. Should it turn out to be a torn ACL then Scandrick is done for the year, but much like when Sean Lee went down last year during the offseason, the next guy will step up.

Jason Garrett and Rod Marinelli are well aware of the potential for this sort of thing and will be ready to move the next guy up.

Let's see the results of the MRI and how the team responds before rushing into a frenzy.