Byron Jones saw a decrease in playing time last week against the Washington Redskins after the Dallas Cowboys coaching staff decided to shake things up in their secondary. I know a lot of you would say that it’s about time, but I would have to disagree.

A lot of Cowboys Nation have been calling for the demotion of Byron Jones for a long time now. I don’t know how many times I’ve seen or read that the Cowboys 2015 first-round draft pick is a bust and doesn’t deserve to be starting. This is something I would disagree with 100% and I’ll tell you why.

I personally believe that Byron Jones has the talent to become a Pro Bowl player, but the coaching staff for the Dallas Cowboys have done him a disservice. I would even go as far as saying that he has become a victim of poor coaching.

I don’t know about you, but I was really excited when the Dallas Cowboys drafted Byron Jones in the 2015 NFL Draft with their first-round selection. I believed Jones had the talent and athleticism to come in and become an immediate starter. Unfortunately, the coaching staff failed to utilize his skill set properly and have continued to do so.

The problem started from the get-go. The Dallas Cowboys didn’t have Jones focus on one position as a rookie, instead experimented with him at nearly every position in the secondary. In 2015 as a rookie, Byron Jones played cornerback, safety, and a little dime linebacker. He played well considering everything he had his plate, which left Cowboys fans wanting more.

In 2016, the Dallas Cowboys coaching staff decided to move Jones to free safety as the full-time starter next to Barry Church. Even though this was probably the right move at the time, the coaching staff still probably wasn’t playing to his strengths.

The Cowboys had Byron Jones play a lot of man-to-man against tight ends in 2016 instead of taking advantage of his range and athleticism as a deep safety. That is really Jones’ best trait as a defensive back, but we still haven’t seen him in that role.

That brings us to the present where Byron Jones just saw a decrease in playing time. And unfortunately, this season the Cowboys coaching staff are asking #31 to take over the strong safety role previously held down by Barry Church. 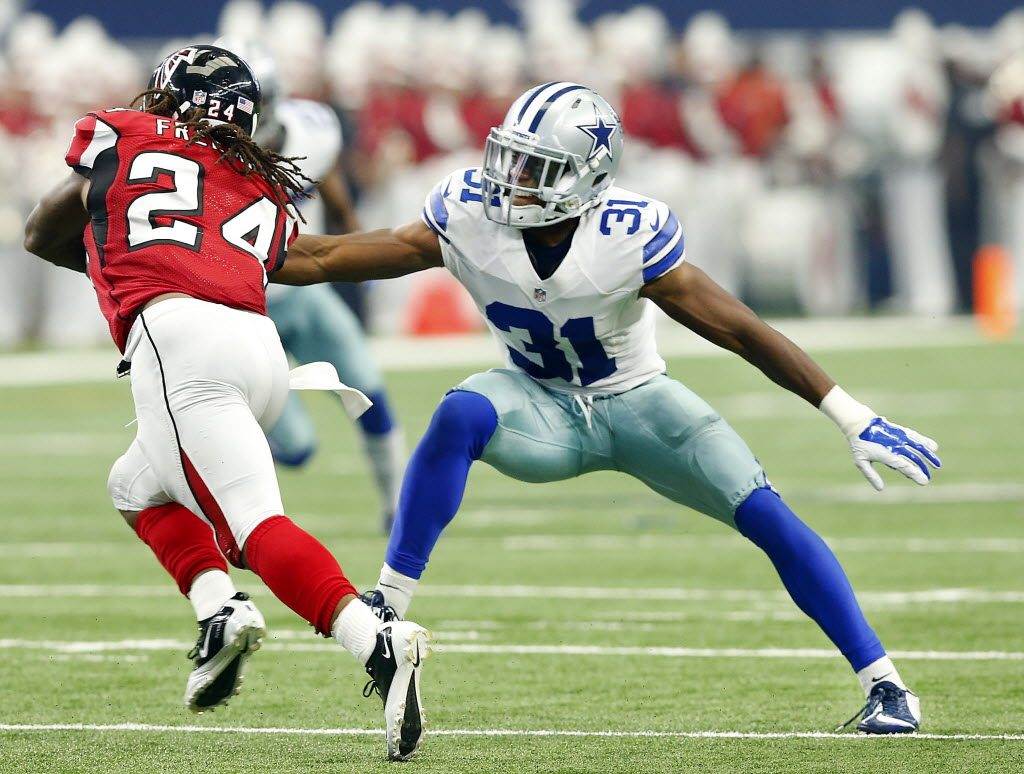 This is possibly the worst thing they could have done to Byron Jones. He is at his best when he is in coverage where he can use his rare athleticism to his advantage. As a strong safety, the Cowboys are asking him to play around on a scrimmage more and be a physical player, arguably his worst trait.

That is why we have seen Kavon Frazier receive more playing time at Byron Jones’ expense. Frazier’s biggest strength is his physicality. He is basically another linebacker when on the field.

For Byron Jones to finally live up to his draft status, the Dallas Cowboys coaching staff is going to have to use him correctly. They either need to move him back to cornerback full-time or make him a single high safety where he can use his range and athleticism. Until then, he will likely continue to be the whipping boy for the majority of Cowboys fans.

Do you think Byron Jones is a victim of poor coaching?