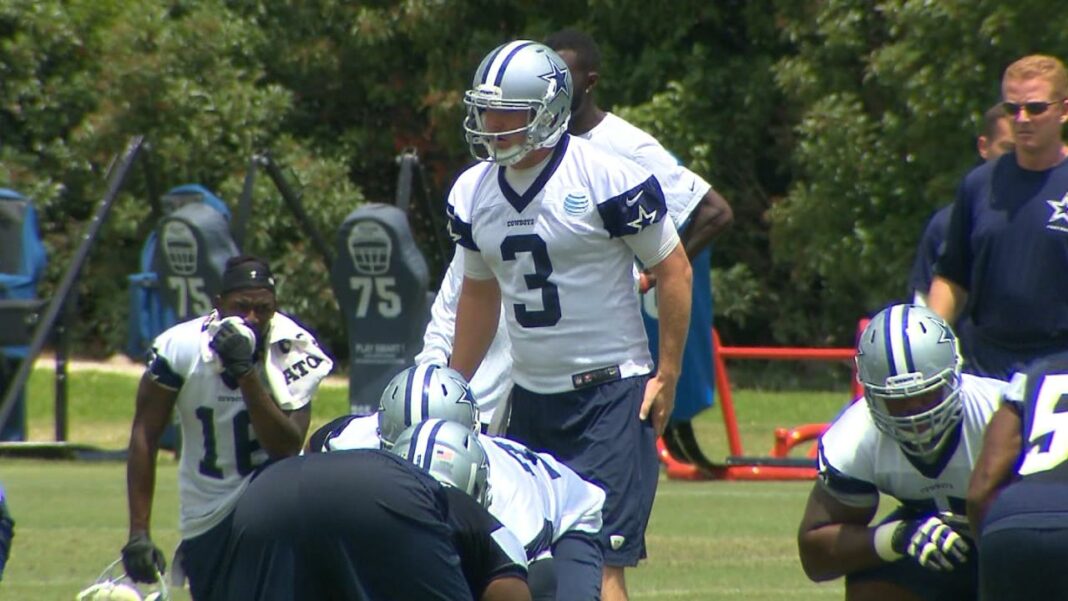 Finally, some Dallas Cowboys news to get us ready for training camp – Kyle Orton has been released. You had to figure that was coming, didn't you? I think for most fans this was inevitable. Orton didn't attend any offseason activities or mini-camps, and he hinted at retirement.

When Brandon Weeden was first signed many people scoffed.

[pull_quote_right]I feel like I have something to prove[/pull_quote_right]They poked fun at his age and his time with the Cleveland Browns, being that of a first-round bust. Although many thought the pickup was a smart move because of the low-cost, or should I say no-cost, of the transaction. The way the contract was structured, this would be a free look at a guy who threw for 3,385 yards as a rookie for 14 TD’s and 17 Int’s. Well, from the looks of it, he'll be your number two quarterback in Dallas this year and is that really a bad thing?

I liked the Weeden signing at the time but didn't think the Cowboys would carry three quarterbacks for the year. He got tons of reps during the off-season and it's a good thing he did. The coaches got to see him play and he got a feel for the players and some of the playbook. Good thing the Cowboys got him when they did because his role just got a lot more important for the team.

Sure, he's 30-years-old, just a few years younger than Romo, but he's hungry and excited about his opportunity in Dallas. In his interview with 105.3 The Fan back in March he said, “I feel like I have something to prove”. That’s a guy I want on this team, not someone pondering retirement and playing games with the front office.

[su_quote]“The Cowboys felt confident enough to jettison Orton, who skipped the entire offseason program and minicamp, in part because of what Weeden did in the spring. With Romo recovering from back surgery and being kept out of competitive drills and Orton missing, Weeden took all of the first-team snaps.”

Some decent quotes from Weeden are in this article that show he’s ready and eager to continue building on what he did in the off-season.

Let’s hope Tony Romo stays healthy for the year. Romo’s health is going to be the biggest factor if the Cowboys have any shot at a post-season. If Romo does go down, I feel that Weeden may be able to pull a game or two out of his hat, but then who knows.

Seems to me there are two schools of thought on Weeden. One, that he’s a bust because he flunked out of Cleveland and two, that he’s underrated because the program in Cleveland is shit. I’m of the latter mind so if Romo falls this year, I think Weeden might just surprise us.

Good stuff. We all hope he never sees the field because that would mean…….well lets not talk about that.

hopeful he doesn’t see the field ……. ever

I think Brandon Weedin will be a pleasant surprise to all of you nay sayers. He has beaten most of the “Great QBs” that came out the same year he did. Both RG III and Ryan Tannehill twice and Andrew Luck, not too shabby. All of you gloomy gus fair weather fans really know how to build confidence in a player. The Cowboys must have had a reason in picking him up.
Ed Stutsman