As things stand right now, the Dallas Cowboys will be without Ezekiel Elliott’s services for the next six games. It’s a huge blow to the offense, because Elliott has become the centerpiece/focal point and everything feeds off of his production. Without Elliott in the lineup, the Dallas Cowboys are now likely going to have to rely on the passing game, but are they good enough in this area to keep them afloat for the next six weeks?

Yes, I’m well aware that the Dallas Cowboys still have Alfred Morris and Darren McFadden to fill in for Ezekiel Elliott, but they are a huge downgrade. Personally, I think Rod Smith has looked the better of the Cowboys backup RBs, but it’s doubtful the coaching staff names him the starter over two proven veterans.

We are going to have to be honest with ourselves. Alfred Morris, Darren McFadden, and even Rod Smith can’t do what Ezekiel Elliott does. The offense for the Dallas Cowboys is going to suffer as a result of Elliott’s suspension and they are going to have to adapt in the meantime. I think that means the passing game needs to improve and quickly. 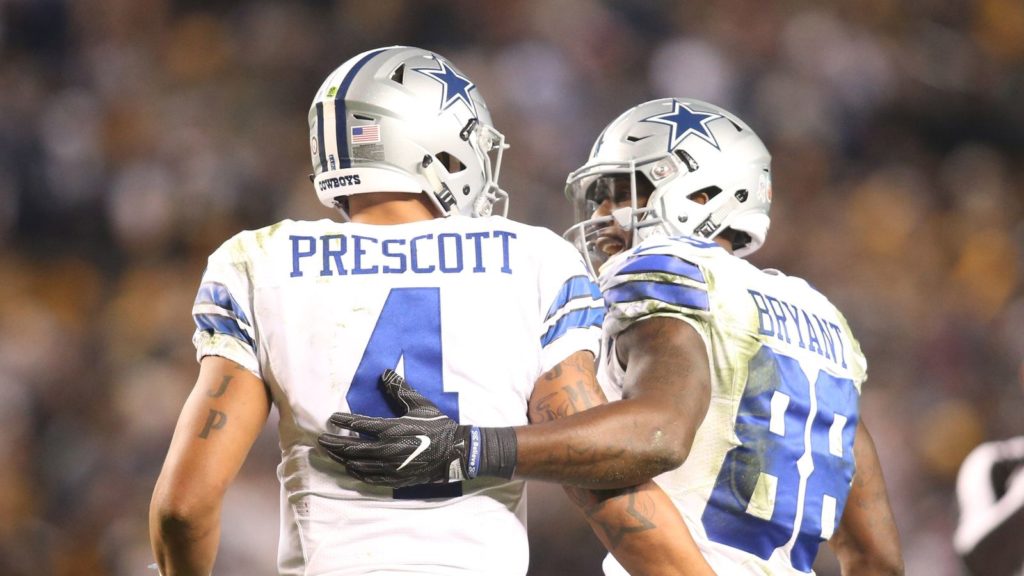 The passing game for the Dallas Cowboys hasn’t exactly been on fire so far this season. There have been far too many times where nearly every receiver has dropped a catchable pass or where Dak Prescott has been off target. That simply can’t happen anymore, especially since they don’t have Ezekiel Elliott to lean on anymore.

From what I’ve seen from the Dallas Cowboys passing attack, I don’t think they can carry this team in Zeke’s absence. That’s not to say that they don’t have the pieces in place to do that. They just haven’t been able to do it on a consistent basis yet.

If you read just about any of my articles pertaining to the Dallas Cowboys offense, then you know all too well my criticism of offensive coordinator Scott Linehan’s playcalling. I think he is way too predictable and doesn’t do enough to put his players in a good enough position to succeed. Life without Zeke is going to make things all that much more difficult for Linehan, but he absolutely has to step up his game.

The best way for the Dallas Cowboys to stay afloat in the NFC East division is for Linehan to figure out a way to make the passing game an extension of the running game. He needs to take a page out of the New England Patriots playbook to see how they utilize their WRs and figure out how to do that with the weapons he has at his disposal. 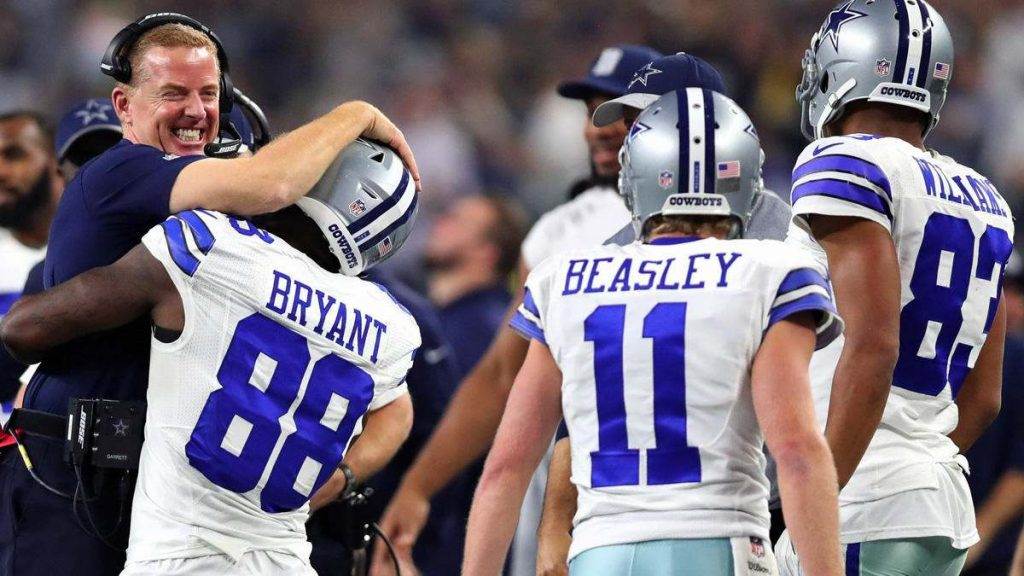 Luckily, Linehan has Cole Beasley and Ryan Switzer. Both WRs are exactly what the Cowboys offense needs to make the passing game an extension of the running game. Beasley and Switzer allow Dak Prescott to get the ball out quickly and pick up yards after the catch. Tom Brady is the master at utilizing his receivers this way and Prescott would be wise to do the same.

Unfortunately, the Dallas Cowboys offense is definitely going to take a step back without Ezekiel Elliott in the lineup. The good news however is they do have other playmakers who can hopefully replace some of Elliott’s production. But, it’s going to take a collective effort and I don’t know if they are up to the challenge.

This is a situation we are all going to be watching very closely over these next six games. We are all just going to have to hope that this team can come together and stay afloat until Ezekiel Elliott returns.

Do you think the Cowboys can stay afloat without Zeke?