Before free agency officially begins at 4:00pm EST, let’s set the table for the Dallas Cowboys. While not expected to be major players in this market, they still have to field a team of 53 players the same as everyone else. Moves will be made, players will leave, and new guys will be added.

To begin, here is a snapshot of our current roster. We’re going to go based on players who are under contract for 2017 and who have contributed something to the team before now. We’ll get to guys from the practice squad and reserve/future contracts shortly. 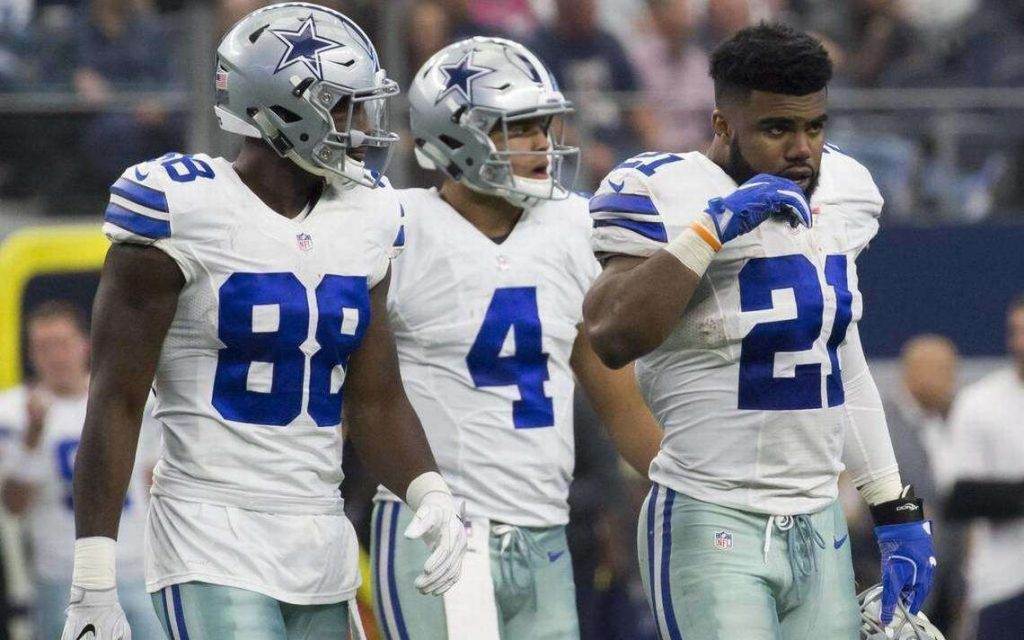 Also, even though they are technically under contract and counting against the roster at the moment, we’re going to move forward with two assumptions:

This roster reflects the most current news as of now. Receiver Brice Butler has signed a one-year deal to return. Dallas has also given a tender offer to David Irving, an Exclusive Rights Free Agent.

So, before we get into any other free agent signings or lesser-known players, that’s 41 roster spots covered by existing talent. That leaves 12 total spots open for a full roster.

There are several other players under contract right now. These are players who were signed to small two-year deals following time spent on the practice squad. Most of them were with Dallas, but a few came from other teams at the end of the year.

A few names jump out immediately. Rico Gathers, a sixth-round pick last year, reportedly had a great year in practices and is projected to make the team this season. Receiver Andy Jones, who was a training camp standout in 2016, also has raised expectations for his second year.

Obviously, these players don’t cover all of the team’s needs. There isn’t anyone to add to the depth charts at quarterback or running back. But these 13 players, plus the 40 we already mentioned, take us 53 total. Between now and the first round of cuts in late August, teams are allowed up to 90 players on their rosters.

As previously mentioned, Dallas re-signed Brice Butler and David Irving in the last few days. They still have close to 20 other free agents from last year’s team. Will anyone else be coming back? Let’s go position-by-position.

After his awful Week 17 appearance, it’s easy to dismiss Mark Sanchez returning. However, Dak Prescott spoke highly of Sanchez’s advice throughout the season and perhaps that’s enough to at least get him back for a competition. Kellen Moore could also be given a chance, given his system experience.

The prevailing theory right now is that Dallas will cut Alfred Morris for $1.6 million in cap space and use that to re-sign McFadden, who they like more. I would expect those moves to happen in the next few days.

As for Lance Dunbar, can the coaches really still have faith that he will emerge as a regular contributor? Other than the brief flash in early 2015, Dunbar has never assumed the Darren Sproles-like role that has been envisioned. With Ezekiel Elliott now demanding full-time touches, Dunbar is likely headed elsewhere.

With rumors out there that Williams will get anywhere from $6-$8 million per season in his next contract, he is well out of Dallas’ price range. The re-signing of Butler is likely their way of filling Williams’ spot, seeing not so much at the “second WR” position but more the fourth option behind Dez Bryant, Cole Beasley, and Jason Witten.

If not for James Hanna’s injury last year, Escobar might have not even made the team. He fell to fourth on the depth chart and only rose as Hanna and Geoff Swaim got hurt. Gavin is a goner.

Leary is expected to earn a starting job and the big contract he’s been waiting for, only with another team. Dallas has La’el Collins ready to return and don’t need to keep Leary at a premium. Ron more than deserves his payday and someone else will give it to him.

Dallas brought Jonathan Cooper, a former first-round pick, in for depth and a little tire kicking at the end of last season. Cooper may be hoping that his name value is worth something on the open market, but if not I could see him coming back on a minimal deal.

Jack “Of All Trades” Crawford is a valuable, versatile defensive lineman who was more than worth the $1 million he played for last year. Dallas would likely hope to bring him back on a similar deal, but reports are that other teams have finally taken notice and may be after Crawford’s services. He may quickly get too expensive for us.

As for Ryan Davis, Injuries prevented the former Jaguar from having a sustained impact in Dallas. He isn’t expected back.

News has just broken that McClain will sign with Washington, which is in keeping with the belief that he would find better-paying work outside of Dallas. The Cowboys already have starters with Tyrone Crawford, Maliek Collins, and Cedric Thornton, which would’ve made keeping McClain an unaffordable luxury.

Justin Durant’s one-year comeback wasn’t very impressive. He looked the part of an aging veteran and I wouldn’t be surprised if he retires in the coming months. Dallas will have other depth options with Mark Nzeocha and either Anthony Hitchens or Damien Wilson, depending on who wins the SAM position battle.

Andrew Gachkar could come back for veteran experience and special teams play, but he is up against the same younger prospects. He has a far greater chance of re-signing than Durant but I still think it’s less than likely.

As for Rolando, Dallas and 31 other teams are going to pass on his services. Enjoy fishing.

Of all the significant free agents, Carr is the one I think has the best chance to return. He provides leadership and reliability and should be had for a reasonable price. Dallas will likely be counting on Anthony Brown to be CB1 next year. Carr and Orlando Scandrick could then fill out the top three with veteran experience.

While he hasn’t created much free agent buzz yet, Morris Claiborne is expected to get a significant offer from someone. Even with his talent, which is still probably the best Dallas has at corner, all of the missed games and baggage is just more than I’d be willing to deal with. It’s time for a clean break.

Word is that Church will be signing with the Jaguars. Much like Terrell McClain, it’s been expected that he would get too expensive on the open market for Dallas to keep him.

The question now is if Dallas sees Wilcox as a capable starter or, at least, an upgrade over Jeff Heath. If they are interested, it will come down to how long Wilcox sits unsigned and how far down that drops his asking price. Because of Heath’s presence and lots of safety prospects in the coming draft, the Cowboys won’t overpay.

As you can see, Dallas will still have plenty of work to do this offseason to complete their roster. Several starters and significant role-players will be leaving in free agency. Even if Dallas re-signs the few that I’ve suggested, it will still leave important spots to be filled.

Thankfully, talent from across the NFL will be out there as free agency opens. Some will be available at discount prices and Dallas will likely pounce on a few. They also have the draft to look forward to, and then perhaps a few more free agent options after June 1st cuts.

You will probably be disappointed by the lack of Cowboys action early on in this free agency. While it can get frustrating, keep in mind that it’s part of an overall philosophical change. Dallas is trying to get out of the perpetual “salary cap hell” that it seems like they’ve endured for many seasons. A big part of that is not overpaying free agents in the NFL’s inflated open market.