The Dallas Cowboys’ pending free agent safeties Barry Church and J.J. Wilcox will be discussed at length throughout the 2017 free agency time period until their fates are ultimately decided. Everyone will debate which of the two — if either — should be brought back. But, I think the Cowboys would be wise to take a good long hard look at the Green Bay Packers former defensive back, Micah Hyde as the eventual replacement.

Micah Hyde isn’t a household name by any means, but he is a player that I believe the Cowboys should be interested in because of his versatility and playmaking ability.

We all know what Barry Church and J.J. Wilcox bring to the table as strong safeties for the Cowboys. Both players are better around the line of scrimmage as “box safeties” and struggle when they are asked to play in coverage. This limits what defensive coordinator Rod Marinelli can do with his coverages, and I for one think it’s time for a change.

Now, I appreciate what Church and Wilcox have done for the Dallas Cowboys during their time with the organization, but bringing in Micah Hyde to start next to Byron Jones on the back end of the defense would be an upgrade.

In his four years in Green Bay, Hyde has played every position in the Packers secondary. This is a testament to his versatility as a player and we all know how much the Cowboys value that in their players. 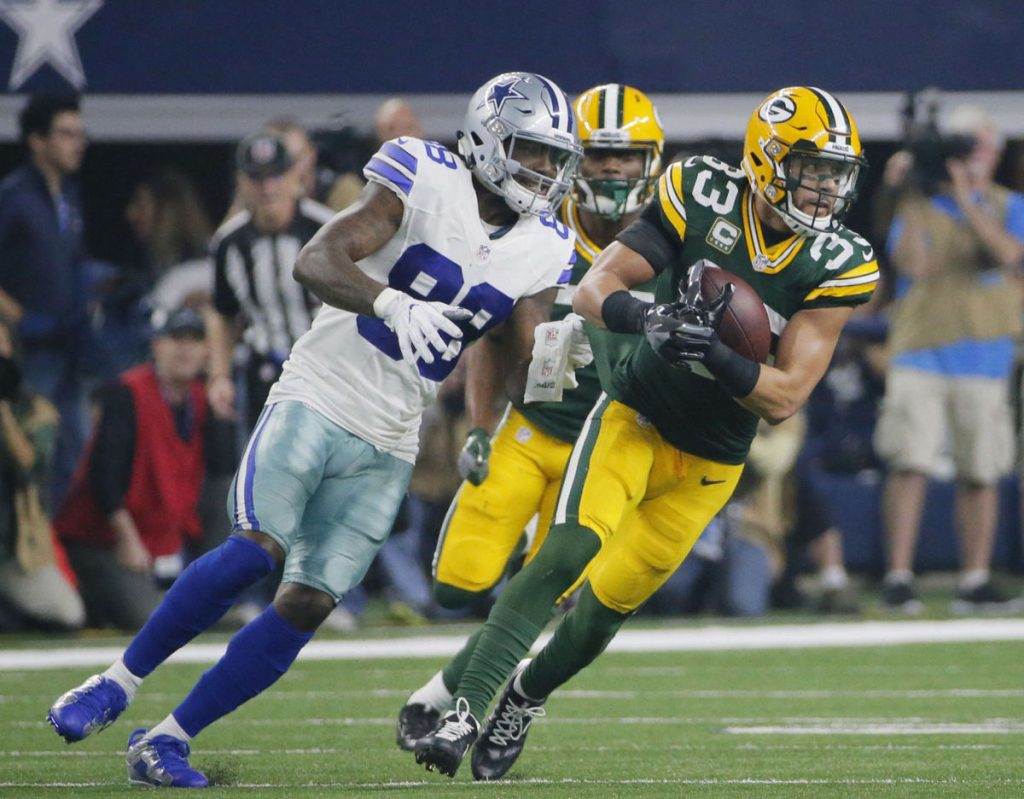 Hyde’s versatility was on full display during the 2016 season when the Packers secondary was dismantled by injuries. He played both safety positions, in the slot, and as an outside cornerback. In fact, you may remember it was Hyde who picked off Dak Prescott in the Divisional Round of the playoffs while playing in the slot.

Now, Micah Hyde has never really been a full-time starter for the Green Bay Packers, but that doesn’t mean he doesn’t have a knack for making game changing plays. He has averaged two interceptions every season in his four-year career in the NFL and has had a quarterback sack each year as well. Just imagine what he could do as a full-time starter.

Hyde is just 26 and isn’t likely to command as much money as Barry Church will once the 2017 free agency period officially starts March 9, at least that’s what I’m hoping anyway. He might however cost a little bit more than what the Cowboys could re-sign J.J. Wilcox for. But, you usually have to pay a little bit more if you want something better.

I just think the value of adding Micah Hyde to the secondary for the Dallas Cowboys is tremendous. He can play anywhere in the secondary and also be your primary punt and kick returner, something he’s been pretty successful at doing with the Packers.

Like with all available free agents though, it will come down to the type of contract he is seeking and whether or not the Dallas Cowboys believe he would make a good investment.

I would personally be 100% on board with bringing Micah Hyde’s talents to Dallas, but we’re going to have to wait and see how free agency plays out.

Does the addition of Micah Hyde sound good to you?

You know where I stand, but let me hear what you think in the comment section below.