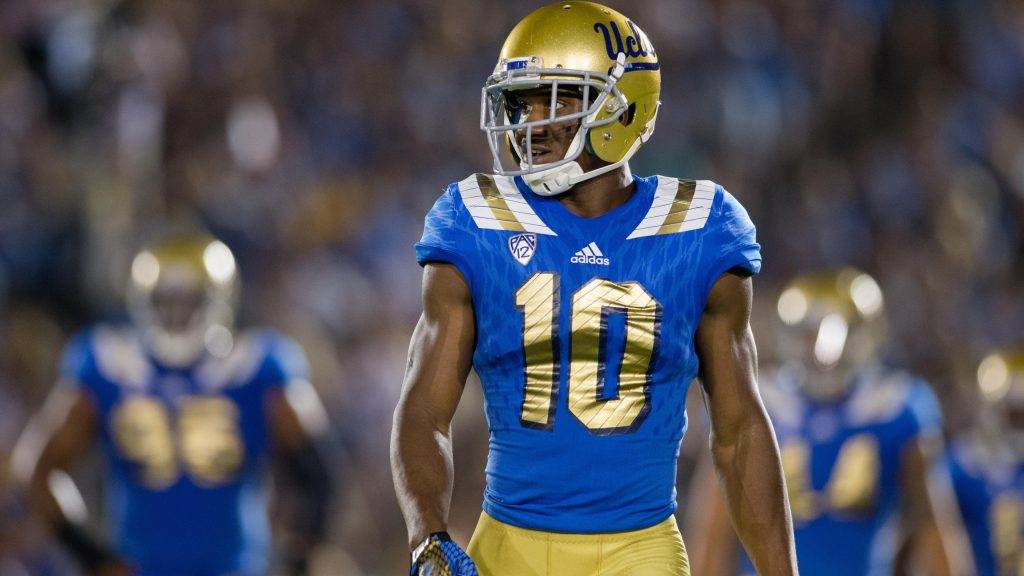 To be completely honest, I would’ve drafted Fabian Moreau in the first round for the Dallas Cowboys at 28. But, Matt Miller has him ranked 43rd overall, so trading down with the 49ers in this mock draft still netted me the player I wanted in the first place.

Moreau is one of the more talented cornerbacks in the entire 2017 draft class. He will only get better with more coaching because he is still relatively new to the position after making the transition from running back. He was one of the top performance in every event at the NFL combine, and has the size/speed NFL teams covet in their outside CBs.

He could be a day one starter for the Cowboys on the outside, but with the recent addition of Nolan Carrol, they could choose to bring him along slowly instead of just throwing him into the fire. Regardless of what they choose to do, he instantly upgrades the CB position and gives them more options about what they want to do in the secondary.