When the defense is on the field, all the offense can do is sit back and watch, hoping the defense will force a punt, create a turnover, or sack the quarterback. As much as he'd like to, Zack Martin can't get out there and rush the passer. He must rely on his defensive teammates to do that.

On the flip side, the defense can't get out there and block in the running game. They have to hope Martin and the offensive line are able to do their jobs; control the clock and get the football in the end zone.

The NFL is the ultimate team game.

That being said, there are key players throughout the team that will certainly have their say on the outcome of most games.

Obviously a lot of the 2017 season hinges upon the play of quarterback Dak Prescott. While it's a team game, the quarterback is the most important position. It's not even close. But players on both sides of the football are also key elements to a winning formula.

For the 2017 Dallas Cowboys to have the success we hope they will have — hello Mr. Lombardi — who is the offensive lynch-pin?

Now this may surprise you, but I'm going to say that Zack Martin — even more than Dez Bryant, Ezekiel Elliott, and Tyron Smith — is the most important player to the Dallas Cowboys' success on offense.

The three-time (!!!) All-Pro guard from Notre Dame has been a tremendous asset (understatement) along the offensive line in his three years in the league.

As you can see, the Dallas Cowboys running game was pretty putrid in the three years before the arrival of the 16th overall pick from the 2014 draft. And I want to take a moment to remind you that many fans wanted Johnny Manziel in that slot.

Now let's have a moment of silence in gratitude for that not happening.

2011 was Jason Garrett's first full season as head coach and the first time they had invested a first round pick in an offensive lineman in Jerry Jones' tenure as owner and general manager.

Since 2014, when Martin joined the Dallas Cowboys as a rookie, the team has produced the NFL's leading rusher twice and allowed Darren McFadden to have a resurrection of sorts.

Zack Martin has been a huge part of that success.

His power at the point of attack and ability to move in space have been tremendous. We can't overstate just how valuable he's been to the team. We're watching the early stages of a player who will one day be inducted into the NFL Hall of Fame in Canton, OH.

With question marks on the left side of center, Travis Frederick, Martin's durability and reliability have been the cornerstone to Dallas developing its identity as a running team.

Tyron Smith and Travis Frederick are great players in their own rights, but nobody emulates exactly what the Dallas Cowboys want to do on offense more than Zack Martin.

For the Dallas Cowboys to reach their goals this year, which certainly includes a deep run into the playoffs, Zack Martin will have to be on the field for all 16 games and continue to play at his All-Pro level.

And nothing in his career suggests he will do anything else. 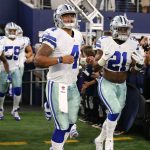 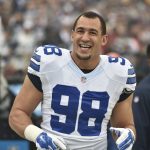