According to Field Yates of ESPN, the Dallas Cowboys can now sign unrestricted free agents without affecting the 2018 compensatory formula.

Note: any unrestricted free agent signed after today will not count towards the 2018 compensatory pick formula. Example: LeGarrette Blount.

This is actually really good news for the Cowboys considering they are looking to be awarded four compensatory picks in 2018, which is by the way the max number a team can receive. That is because they lost more FAs than they signed.

Barry Church, J.J. Wilcox, Morris Claiborne, Brandon Carr, Jack Crawford, and Ronald Leary all played significant roles for the Cowboys last season and based on their salary/playing time, should net the Cowboys some pretty valuable compensatory picks in 2018. This is one of the reasons they weren’t very active in free agency.

Well, that could change now that they aren’t at risk of losing any of the potential compensatory picks next year. I personally don’t believe they will be very active even now, but there are some available FAs still out there that can come in and upgrade the roster.

The Cowboys could use a change of pace/3rd down back behind Ezekiel Elliott and Darren McFadden. I’ve already shared with you 5 running backs that could fill that role, but what about another young offensive tackle with starting experience? 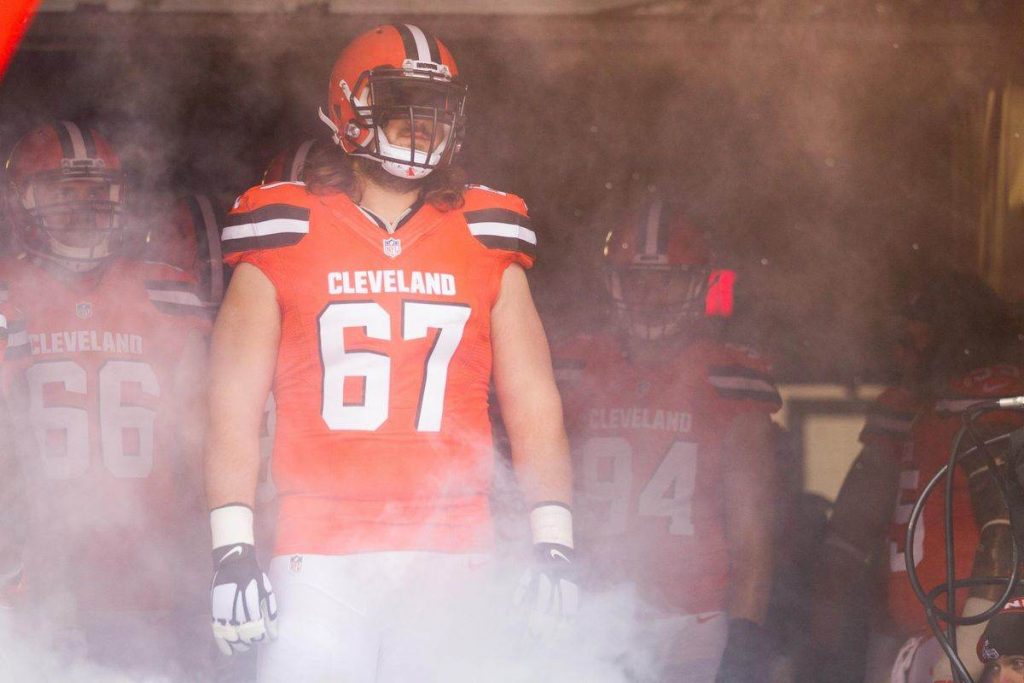 Pasztor has started 43 of 58 games at both guard and tackle for the Cleveland Browns and Jacksonville Jaguars since entering the NFL. It’s that kind of versatility the Cowboys like in their offensive lineman and with the right tackle and left guard position currently available, he makes a lot of sense.

Pasztor is just 26 years old, and at 6’7″, 308 could possibly be the player the Cowboys are looking for to fill the void left by Doug Free at right tackle. He may not have been a consideration before because it would have cost them one of their compensatory picks, but he should be now.

I know they are experimenting with La’el Collins at RT right now and Jonathan Cooper at LG, but they have always believed Collins’ best position is inside at guard. I tend to agree, which is why Pasztor makes sense.

Collins has the potential to develop into an All-Pro offensive guard, but I’m not sure the same can be said for him as a tackle. If not for a foot injury last season, he could’ve possibly joined Travis Frederick, Zack Martin, and Tyron Smith in the Pro Bowl.

The Dallas Cowboys certainly have several options available to them right now to put together a starting unit for the upcoming season, so the signing of Austin Pasztor seems unlikely. But, it’s definitely something I think they should seriously consider.

The good news is they can go out and sign any unrestricted free agent and not lose any of their 2018 compensatory picks. Whether or not they bring in any more free agents is still a mystery and we will all just have to wait and see how it turns out.

Are there any free agents you think the Dallas Cowboys should sign?