I've waited as long as I could to put this together. Three full days removed from a Cowboys loss to the Seahawks that ended their hopes at the playoffs, the Cowboys are a meaningless game at the Eagles away from entering the long and unforgiving offseason.

This lengthy period without Dallas Cowboys football will be full of conversations about how the 2018 team can improve in various areas. There will be talks of player development, utilization, and of course draft targets that could make an impact.

Players will come and go, fans will enter nondescript periods of optimism and gloom about what the latest Cowboys team attempting to break a 22 year Super Bowl streak will do next, and the men in charge of leading and coordinating the Cowboys will be put through none of this…

The Dallas Cowboys coaching staff is not good enough.

Risking complete failure for the chance at improvement is likely the reason the Cowboys have shown immense patience in Jason Garrett (set to enter his 8th full season as the team's HC), OC Scott Linehan (3 seasons as OC), and DC Rod Marinelli (4 seasons as DC).

I've personally advocated for Jason Garrett as the Cowboys Head Coach for a long time, and believe there is hope for this team with him still in charge as their “leader of men”. Once regarded as one of the brightest young offensive minds in the game though, Garrett has no play calling responsibilities with this team now, putting much more pressure on both Linehan and Marinelli.

On both sides of the football, the return of basic execution that was missing for so long here that it brought back mirages of the 90's has become a philosophy for how to constantly come up short.

The Cowboys — for a facet of reasons beyond the scope of this article — will miss out on an NFC playoff field that features the youngest HC in the NFL leading the LA Rams and the Case Keenum quarterbacked Vikings, along with an Eagles team confident they can still win with Nick Foles under center.

OC is not going anywhere. https://t.co/xwH7UjwqRv

This is the new era of coaching, and this is the power of allowing fresh ideas and new perspectives to flourish on an outlook for a Cowboys team with plenty of talent to return to the playoffs as soon as next year.

Whether it is Jerry Jones taking too much pride in the fact that he'll see his coaching candidate in Jason Garrett finally return the Cowboys to the top, or the latest excuse to come from a player that has gotten too comfortable in this sustenance-lacking system, the Cowboys under their current staff of Garrett, Linehan, and Marinelli will forever be driving into the sun at AT&T Stadium.

They'll do so blissfully unaware of the glass ceiling that exists above their heads, keeping each wasted season a formality.

Simply put, when things are not going as expected, there is a need for change. Unfathomably, this message has not reached a Dallas Cowboys coaching staff that needs it the most — the leaders of a team that did anything but meet expectations in 2017.

Here's hoping we don't do this all again sometime soon.

Garrett isn’t going anywhere. He probably has one more year before JJ decides to give him the boot and then go after Chucky. For a while I thought maybe Marinelli needed to go, especially with the way the defense fell apart with the absence of Sean Lee. But in the past few weeks the defense has shown signs of improvement, especially in the secondary. They still need to address Sean Lee getting hurt, which at this point, IS going to happen. That leaves Linehan. There’s a reason he didn’t win anything in Detroit with Stafford and Megatron. His play calling, especially against Seattle, has been terrible. Why start throwing the ball when you’re averaging 4 to 5 yards a carry? And why on earth do you throw the ball inside the 5 yard line when you have Zeke and one of the best lines in football??? What happened to Beasley, ALL SEASON??? Why is no help being given to the backup left tackle who’s being abused on a daily basis? How about moving Dez around like in the slot? I don’t get paid millions to call plays, but these are common sense things IMO. Everybody has been quick to place blame on Dak, Zeke, Dez, etc. They all deserve their share of the blame, but ultimately, it comes down to the coaches, and Linehan has done a terrible job in placing his players in position to succeed. He needs to go.

Wayne, thanks for reading and sharing your thoughts. We share in the same frustration on Linehan’s play calling, as you ask a lot of questions that simply can’t be answered. One thing I would like to address though is that Dez has gotten plenty of opportunities out of the slot, and hasn’t made good on those either. So, you’re right about it being a player *and* coach issue.

It has been far to long for these changes to take place.But as long as” asses in the seats” is still running the team,my/our/your Cowboys are going nowhere,but fast!!!! 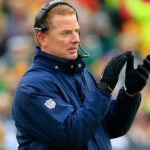 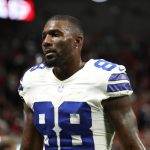