It’s funny how quickly some players are able to establish themselves as professional athletes and grow their fan base. That is exactly what Ezekiel Elliott has done in just a little over a years time since becoming a member of the Dallas Cowboys. Unfortunately, given his current situation, it’s that fan base that might be starting to turn on him a little and doubt his long-term future in the NFL.

Unless you have been living under a rock, you are fully aware of the six-game suspension the NFL slapped Ezekiel Elliott with based on nothing more than accusations of possible domestic violence. Right or wrong, guilty or innocent, it happened and there is no taking it back. But unfortunately, because of the suspension Elliott will now have to walk the straight and narrow if he wants to have any kind of career in the NFL.

I honestly don’t think Ezekiel Elliott is a bad guy, but the slightest slip up will more than likely put his career in jeopardy. It doesn’t matter how big or small the infraction, the NFL has already decided they are going to make an example of him. 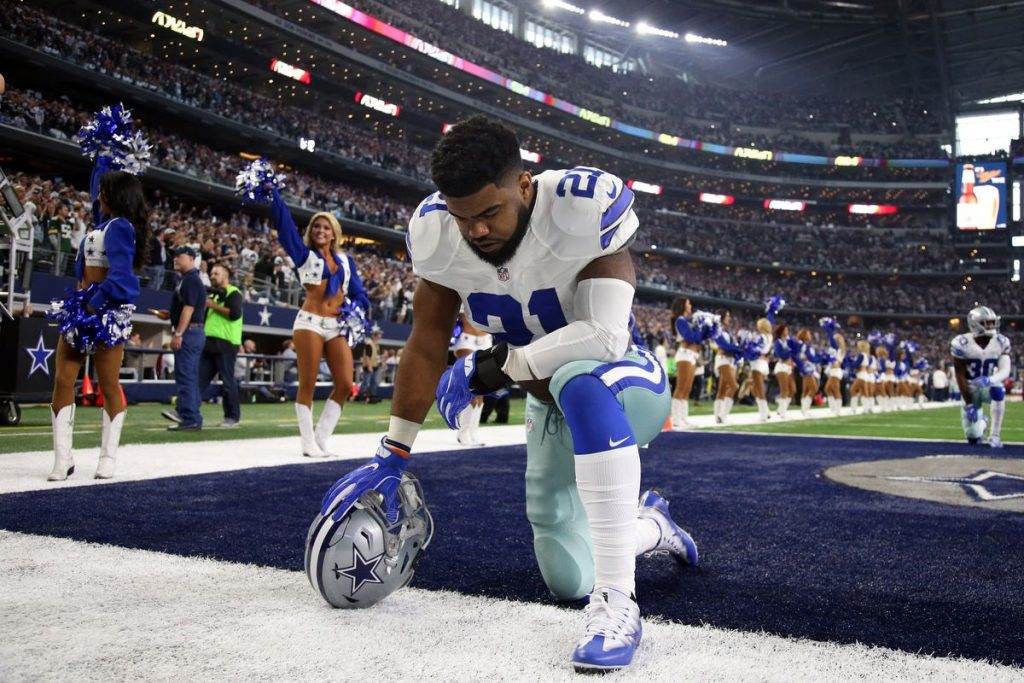 From here on out, Elliott is going to have to live like he is under a magnifying glass. Any kind of slip up, big or small, will likely cause the league to suspend him an entire season. This unfortunately has been weighing on the minds of a lot of Cowboys Nation and has to be at least a little bit concerning for the Cowboys organization.

You see, the Dallas Cowboys have Elliott under contract for at least three more years after this season. He has already proven how important he is to the offense and how much production dips without him in the lineup. They absolutely want him on the field because he makes them better. But, any kind of slip up would pretty much erase one of those three years. Look no further than what has happened with Randy Gregory.

I’ve heard many fans voicing their concerns about Ezekiel Elliott’s long-term availability with the Cowboys. They are afraid Elliott’s immaturity will end up getting the best of him and Zeke unfortunately has done nothing to ease those concerns so far.

I for one am not all that concerned about Zeke’s future in the NFL. I think his six-game suspension has served as an eye-opening experience and that he will do better from here on out to put himself in better situations and surround himself with better/more trustworthy people. 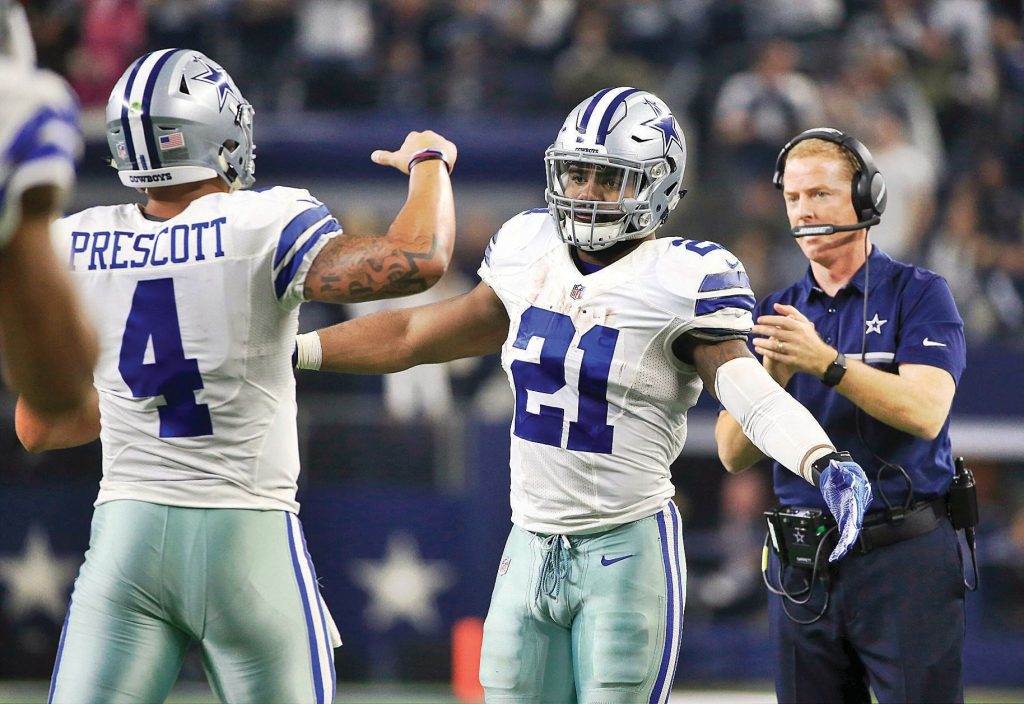 You can see anytime Zeke is on the field his passion for the game and how much he enjoys it. I don’t think he’s going to put something he cares so much about in jeopardy. But unfortunately, he already has a bull’s-eye on his back and can’t afford to take a misstep. That will without a doubt put his future career in jeopardy.

I personally can’t wait to see how #21 responds when he is able to suit up once again next week against the Seattle Seahawks. I think he is going to play with a chip on his shoulder and run angry. That is the best way he can stick it to the league for suspending him based on accusations and another reason why I’m not concerned about his future in the NFL.

I know if it was me, my mindset would be to turn myself into the best player possible and once again become one of the more popular athletes in the league. That is about the only way he can say “F U” to the league, and I think that’s exactly what he will do.

Are you concerned about Ezekiel Elliott long-term?