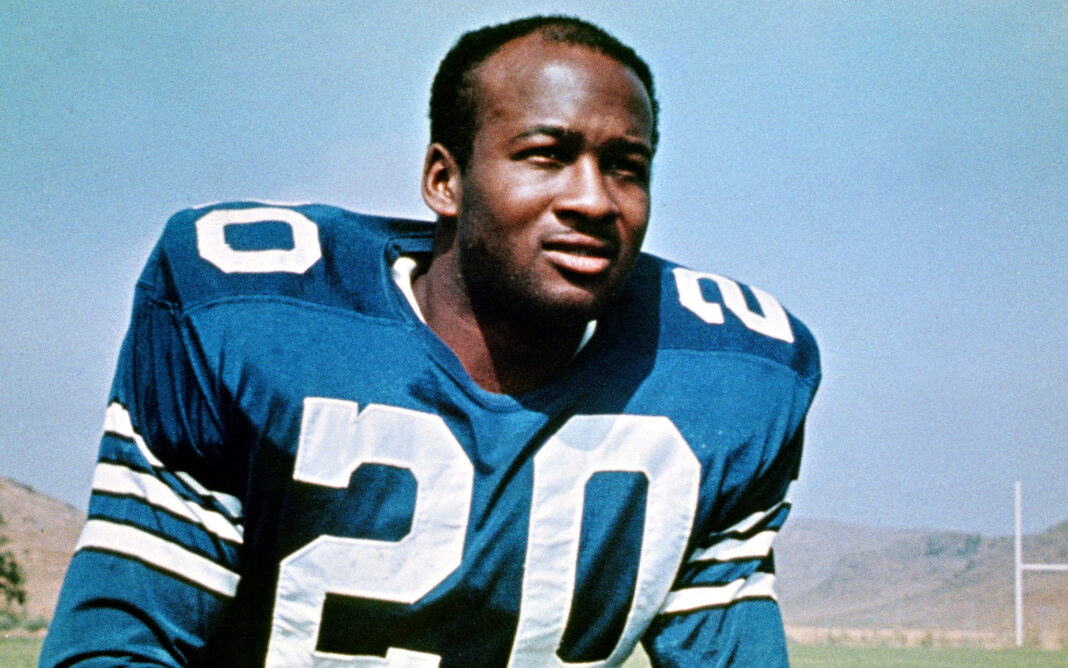 I hope that you started off your Monday morning with a nice shower, because I know we ended Sunday evening with a good one.

Quarterback Jameill Showers raised the eyebrows of Cowboy fans yesterday when he showed us his wheels. It was a lot of fun and more than anything it was great to have football on a Sunday.

20 days from now will be another Sunday, the one where the Cowboys host the Giants in the 2015 season opener (totally not a Friends reference there with the whole “the one” thing).

We’re going to stay on this Countdown To Kickoff today with that number in mind. So hands and feet inside the vehicle please, flash photography is permitted, let’s get going with the Greatest 20 in Dallas Cowboys History.

The Following Players Have All worn 20 For The Dallas Cowboys:

The 1964 NFL Draft gave the Cowboys three Pro Football Hall of Famers. There was Navy quarterback and Heisman Trophy winner, Roger Staubach. Of course the Dallas Cowboys sprinted away in world-record speed with the great Bob Hayes.

There is one other Gold Jacket owner who put a Star on his hat that year, though. When the Cowboys were on the clock in the 2nd round with the 17th overall pick they had a player in mind who they wanted, but he had an injury concern. In those days there were no time limits on draft picks so they figured, “let’s send a doctor to check this guy out!”

SIX HOURS LATER… the brain trust of the Cowboys collected $200 and passed go with the selection of the Greatest 20 in Dallas Cowboys History. The University of Oregon product was quite the, yes I know what I’m about to say, running back during his time in Eugene. Over his career as a Duck, Mel ran 269 times for 1,540 yards and 14 touchdowns… coupled with 41 catches for 644 yards and 5 more scores.

The 60s were a time in pro football where coaches put their finest athletes on the offensive side of the ball. Well, sweet action! We’ve got ourselves this offensive superstar and we put the best guys on offense… this is going to be awesome! When Renfro arrived in Dallas there were already a few offensive playmakers. Frank Clarke was a starting receiver and the Cowboys had just traded for both Buddy Dial and Tommy McDonald. Coach Landry is one of the finest innovators in NFL History so, not wanting such athletic talent to sit on the bench, he devised a plan for Mel.

Coach Landry took this new offensive weapon and determined that the smartest thing to do was put him in the defensive backfield at safety. You see, Coach Landry was trying to put together a dominant defense and he figured that an athlete with Renfro’s skills could contribute there. After all the free safety position provided Renfro, who was blessed with speed like no other, with an opportunity to play the ball and get after it.

Landry was right. Renfro led the team in interceptions as a rookie with 7, but he also contributed to the team in the return game. Mel led the entire NFL in both punt and kickoff return yardage, with 418 and 1,017 respectively. Play like that and you get invited to the Pro Bowl, and this started a streak of 10 straight Pro Bowl nods for Mel Renfro. Mel Renfro was a very gifted athlete. He’d had a lot of success as a defensive back, but he still had a hankering for the side of the ball that does the point scoring. Renfro supporters around Dallas organized the “MOO Club”, an acronym that stood for “Mel On Offense” in hopes of Mel getting some shots at running back.

Since he was looking to improve his offense anyway, Coach Landry decided that he would try Mel Renfro back at running back in 1966. That’s insane! Imagine that in today’s NFL game. Sean Payton of the New Orleans Saints just pulls Kenny Vaccaro over at practice one day and says, “Dude let’s move you to running back.”

Renfro was injured in the opening game against the New York Giants which allowed the Greatest 30 in Dallas Cowboys History, Dan Reeves, to come in and show off what he could do running the rock.

While Mel Renfro ultimately ran 8 times for 52 yards and caught 4 passes for 64 yards, Coach Landry had seen enough. He decided that after his injury Renfro belonged back on defense and at safety… for a little while. In his 7th season Mel Renfro underwent one more change. While he had dabbled in it a bit before, Renfro made the full-time switch to the cornerback position in 1970. Traditionally defensive backs are moved from corner to safety, not the other way around, but in 1969 the Cowboys gave up 22 touchdowns in 12 games and Coach Landry wanted somebody to stop that – somebody named Mel Renfro.

Mel Renfro led the NFL in interceptions during the 1969 season with 10 as a safety/corner hybrid, and this number dropped radically once he became a full-time cornerback. Once he was closer to receivers and blanketing them, quarterbacks became fearful of throwing his way.

While his interception numbers drop beginning in the 1970 season this is indicative of quarterbacks shying away from him. Mel Renfro was someone who teams refused to test because they knew that there was no way that they could beat him, he was just too fast and would close gaps so quickly that it seemed impossible.

Over 52 career interceptions Mel Renfro covered 626 yards returning them. Both of these numbers are 1st in Dallas Cowboys Franchise History. Renfro was selected to 10 straight Pro Bowls from 1964-1973, and he was a part of both the Super Bowl VI and Super Bowl XII winning squads.

Check back tomorrow to find out who the Greatest 19 in Dallas Cowboys History is!