Tony Romo is beloved among most of Cowboys Nation, and for the most part, it is for good reason.

The former franchise quarterback is the Cowboys’ all-time leader in passing yards, touchdowns, and quarterback rating. And considering how impressive the history of Cowboys quarterbacks is, those numbers speak to a certain greatness which Romo possessed.

However, his career will always be defined by his lack of playoff success. Failing to win a Super Bowl during the Romo-era, the Cowboys tended to struggle down the stretch in key December games, especially early in Romo’s career.

While many would argue that Tony Romo was carrying bad rosters to respectability from 2011-2013, the fact remains that the Cowboys crumbled during the final month of the season for three straight years. Their most notable collapse coming in 2011, falling from 7-4 and in first place to 8-8 and out of the playoff picture. 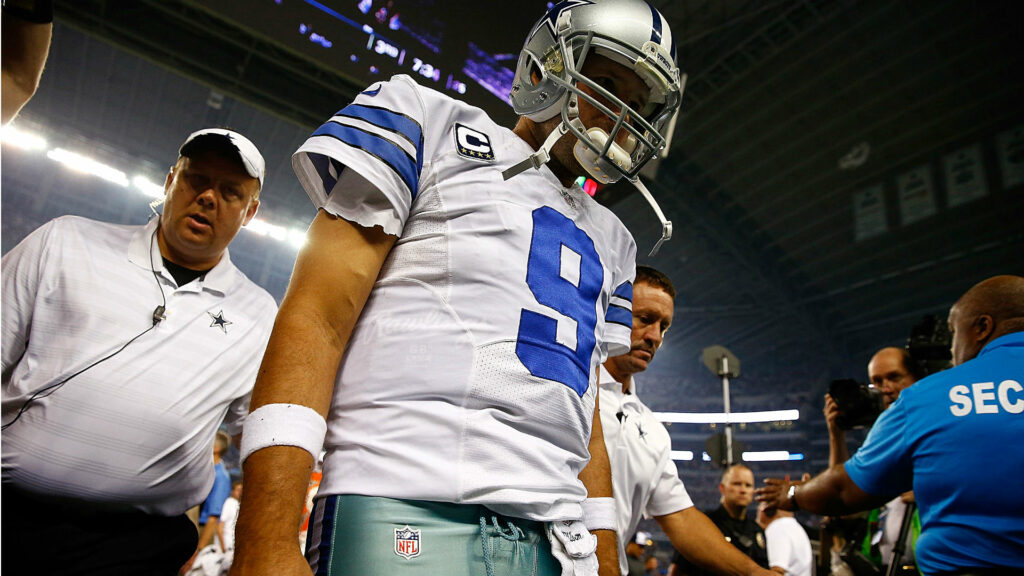 This past week, the NFL released their schedule for 2017, and Cowboys fans were immediately infuriated. With three road games in their final four weeks, including trips to Oakland and New York to face the Giants, the Cowboys face their toughest December schedule in years.

Even when they get to return to Texas for some home-cooking, the Cowboys still must face another 2016 playoff team in the Seattle Seahawks.

As great as the young Cowboys were a year ago, they are going to be defined this season by how they perform during the final month of the season. Three playoff teams, two hated rivals, and a cross-country trip from New York to California await them, and it is not going to be easy at all.

Like Tony Romo before him, Dak Prescott must perform to his best abilities when the weather is coldest.

Last season, Dak struggled mightily during his December match-up at the Meadowlands, and with the increased difficulty of the Cowboys 2017 schedule, a loss like that this season may put the nail in their NFC East championship coffin.

And if that happens, Dak is going to get killed by the same fans and media which have sung his praises over the last six months.

As fellow Staff Writer Jess Haynie discussed last week, Dak Prescott is already facing increased pressure from fans due to the way he “stole” away Tony Romo’s job from him. People are bitter about how Romo was forced out the door, not given a chance to re-gain his starting position due to Prescott’s performance.

Of course, these people ignore just how good Prescott was during his rookie season, attributing all successes to the help around him and the failures purely on his shoulders. In fact, Dak played lights out during most of December, especially on Monday night against the Detroit Lions.

But that is how it works for the starting quarterback of the Dallas Cowboys.

Dak Prescott now must shoulder this pressure. So far, there is no reason to expect that he cannot handle it and perform admirably in 2017 and beyond.

But with a tough schedule ahead, Dak Prescott will need to step up big time this December.