From the weather, to the plays, to the final result, the Dallas Cowboys 33-19 win over the Washington Redskins was nowhere near as smooth as the score would appear.

Considering the conditions, Dak Prescott had a good day, especially since he avoided any big turnovers. The story of the offense was running back Ezekiel Elliott, however, who ran the ball over 30 times for 150 yards and 2 touchdowns.

The Cowboys continue to feed Elliott, and this offensive line finally looks to have found their groove.

For as good as the Cowboys offense continues to be, however, where the Cowboys looked the gutsiest was on the defensive side of the ball.

After Ezekiel Elliott fumbled on the first play of the game, the Cowboys defense was put in a terrible spot. It looked as if Washington was going to jump up by a touchdown quickly, and put even more pressure on Prescott and company to break 30 points. Instead, after a sudden change, the defense held.

As the Cowboys offense sputtered throughout the second quarter, shooting themselves in the foot with dumb penalties, it looked like Washington had a chance to take control of the game. Instead, the Cowboys defense held them to three field goal attempts. One of which was blocked. 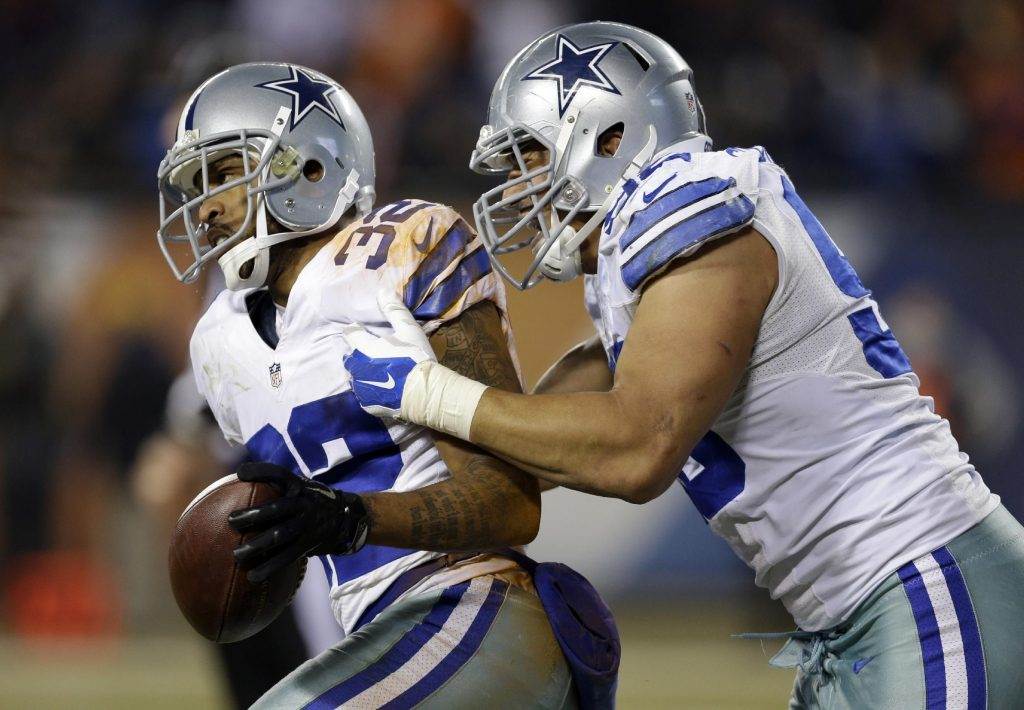 And, as the third quarter got under way and the Redskins had a shot to re-gain some momentum and take a second half lead, the Cowboys defense held, forcing a turnover on a sack fumble and handing their offense three points.

For this Cowboys defense, it all started upfront. Going against a banged up offensive line both DeMarcus Lawrence and David Irving ate the entire game. Irving came away with two sacks, and was straight up unblockable for much of the afternoon.

In the back-end, cornerback Orlando Scandrick had his best game of the season. Not only did he come away with a gigantic return on the blocked field goal, he also made some huge tackles and pass deflections on defense.

This defense has caught a ton of heat over the course of the season, and deservedly so, but they stood up and battled for four quarters on Sunday. Albeit against a banged up Washington offense, this defense deserves credit for yesterday’s win.