Cowboys Draft: 3 CBs To Expect In Round One

Earlier today, I outlined the three most likely defensive ends to be taken with the 28th overall pick if the Cowboys were to go that route. Of course, the Cowboys have other defensive needs as well, most notably in the secondary.

I expect the Cowboys' first round pick to either be a defensive end or a cornerback, so having already taken a look at the EDGE rushers, let's narrow down the cornerback board to three specific players. 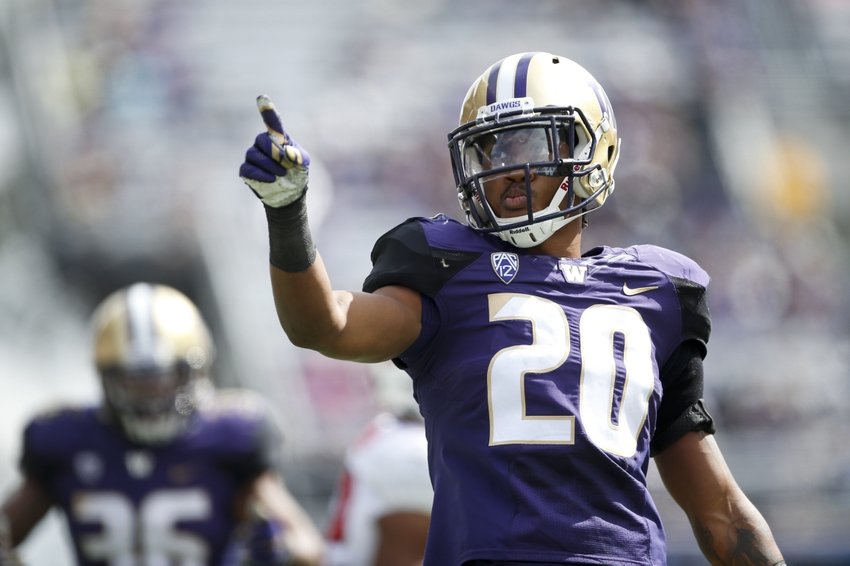 At 6'3″ 200 pounds, Kevin King is a much different cornerback than any other currently on the Cowboys roster.

But let me let you in on a little secret, that would be a good thing.

King is able to use his height and length to his advantage often, challenging wide receivers at the catch point and muscling them to the boundary as well. King ran a 6.56 second three-cone and 4.43 40 yard dash, giving him a similar play style and athletic profile to current Seattle Seahawks cornerback Richard Sherman.

Though he must improve on his ball skills at the next level, drafting Kevin King in the first round could potentially bring the Cowboys their version of the “Legion of Boom.”

Now, let Byron Jones be Kam Chancellor and draft your Earl Thomas in round two.

UCLA cornerback Fabian Moreau is a bit more of a controversial prospect for most Cowboys fans. Though Moreau is easily one of my top five corners in this class, his health concerns make him a candidate to fall down the draft board in a few weeks.

On tape, however, Moreau is a first round player. Clearly a fluid athlete with impressive lateral quickness, the former running back flashes all of the athletic traits needed to play outside cornerback.

Moreau also has the upper-body strength to re-route receivers at the line of scrimmage, and is more than willing as a tackler.

If the Cowboys are willing to look past his medical, or learn information which indicates he will be fine for training camp this summer, then I am happy to take Fabian Moreau in the first round.

Out goes one LSU cornerback, in comes another?

Tre'Davious White could be the perfect compliment to Anthony Brown and Nolan Carroll on the outside of the Dallas defense if taken in the first round. The long, lanky corner flashes athleticism, recovery speed, and the best ball skills of this batch of this three players.

White also already possesses the technical skills to play corner in the NFL, sticking to wide-outs in man coverage and reading patterns in zone.

With his instincts, technique, and ball skills, Tre'Davious White is worth a first round pick by the Cowboys in the 2017 NFL Draft.

Kevin Bradyhttps://kevinrobertbrady.wordpress.com
Die-hard Cowboys fan from the Northeast, so you know I am here to defend the 'boys whenever necessary. Began writing for a WordPress Cowboys Blog, and have been with ITS since 2016.
Previous article
Will The Dallas Cowboys Draft A QB In 2017?
Next article
2017 Dallas Cowboys Preseason Schedule Released

Why would the Cowboys take either of the other two over Tre’Davious White? By your description he sounds like a no-brainer.

King/Moreau are more raw in their games at this point (in my opinion), but King probably has the highest ceiling of the three players. White is the safest bet day-one to me.

If White was already gone before Dallas drafted, which is extremely likely.