The Dallas Cowboys have shown a willingness in the past to draft players that require a “redshirt” year to recuperate from whatever injury they sustained in college or during the draft process. The most recent example of this would obviously be linebacker Jaylon Smith. But, if you believe Jerry Jones, then we can expect these “redshirt” players will be avoided when the Cowboys draft in April.

Maybe it is the fact that the Dallas Cowboys already have a really solid foundation to build around or maybe it’s just a smokescreen by Jerry Jones. But, to make such an announcement with a little less than a month to go before the 2017 NFL Draft is a little surprising.

This is the time of year where NFL teams do their best to hide their draft intentions and the Cowboys are no different. In fact, Jerry Jones could write a book about spouting nothingness in an interview.

I don’t know if I’m buying into all of this just yet because I think there are some really good injured players currently recuperating that could come in and eventually be difference makers for the Dallas Cowboys. I actually wrote about 6 of these injured prospects the Cowboys could target a few days ago. But, of those six prospects, only cornerback Sidney Jones is likely the only player that would require a “redshirt” season.

It makes sense the Cowboys draft players that are ready to contribute right away though. They need rookies that can play right away, especially on the defensive side of the ball.

So, the best way to try to figure out what Jerry Jones is talking about is to determine which players he would classify as needing a “redshirt” season. 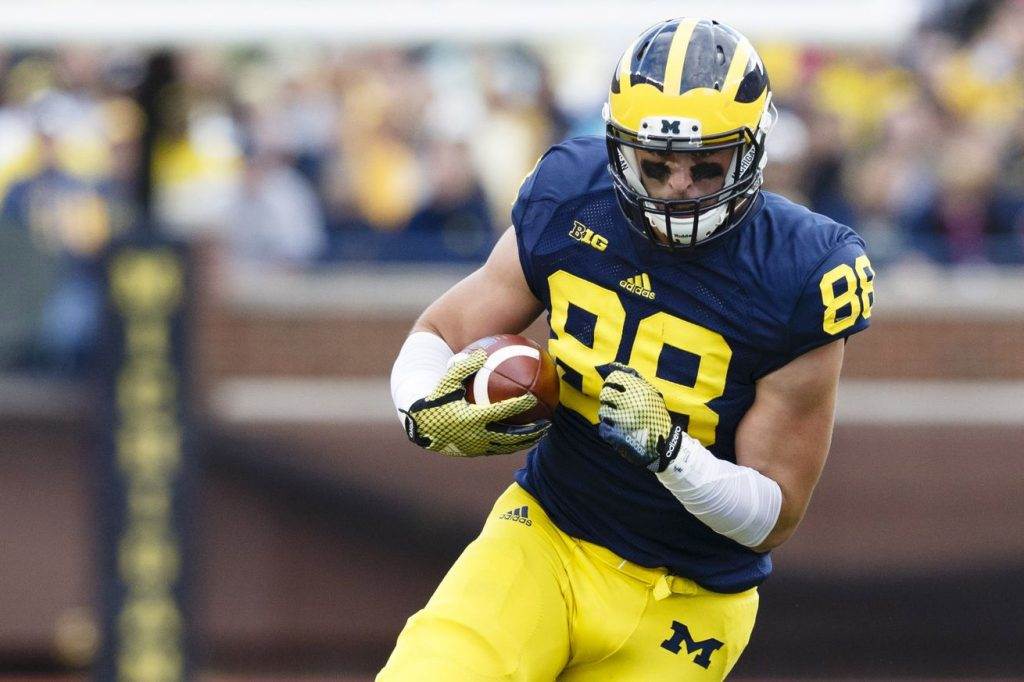 We’ve already mentioned Sidney Jones who is likely going to miss all the 2017 season with an Achilles injury, but what about those players like tight end Jake Butt who could be ready at some point next season.

I personally don’t think that the Dallas Cowboys will completely take them off their draft board. Instead, they may take a slightly less talented player who can contribute from day one over Butt, who they might have to wait longer for to get on the field. Ultimately, it’s all going to come down to value.

The Dallas Cowboys are already a really talented team, but in order to end up where they want to in 2017, they need to find rookies that can play next season. They probably can’t afford to draft another player like Jaylon Smith. That would be a roster spot that could go to someone who can make a difference next season.

Unfortunately, we still have about a month ago to find out if all prospects currently recuperating from injuries are what Jerry Jones is talking about or just those that won’t be able to play in 2017. Regardless, it’s probably the best approach to take for the upcoming season.

Is avoiding “redshirt” prospects the right approach for the Dallas Cowboys?