For as long as we’ve had the NFL Draft, we’ve had teams reach in the first round for the most important position in sports – the quarterback. Evaluating the quarterback position continues to plague many teams that perpetually sit at the top of the draft order in search of their franchise guy, and there are plenty of reasons to think that the same will apply – potentially in a big way – the upcoming 2017 NFL Draft.

With the exception of Mitchell Trubisky, who essentially has just one year of college starting experience, the consensus on this year’s QB class is that there are far more questions than answers about prospects like Deshaun Watson, DeShone Kizer, Pat Mahomes…and even Davis Webb.

That’s right, despite this draft class being absolutely loaded with talent on the defensive side of the ball, yet another flawed QB prospect is entering first round discussion with California’s Davis Webb. Of course, it was a Cal signal caller that went with the first overall pick a year ago with Jared Goff, and his start in Los Angeles can hardly be described as encouraging.

Davis Webb spent just one season in the “Bear Raid” offense in the PAC-12 at California, and before that started for Texas Tech (yeah, he threw 1,367 passes in college) in 2013. Losing his starting job to injury to Pat Mahomes in 2014 led Webb to sit as his backup in 2015 before transferring. 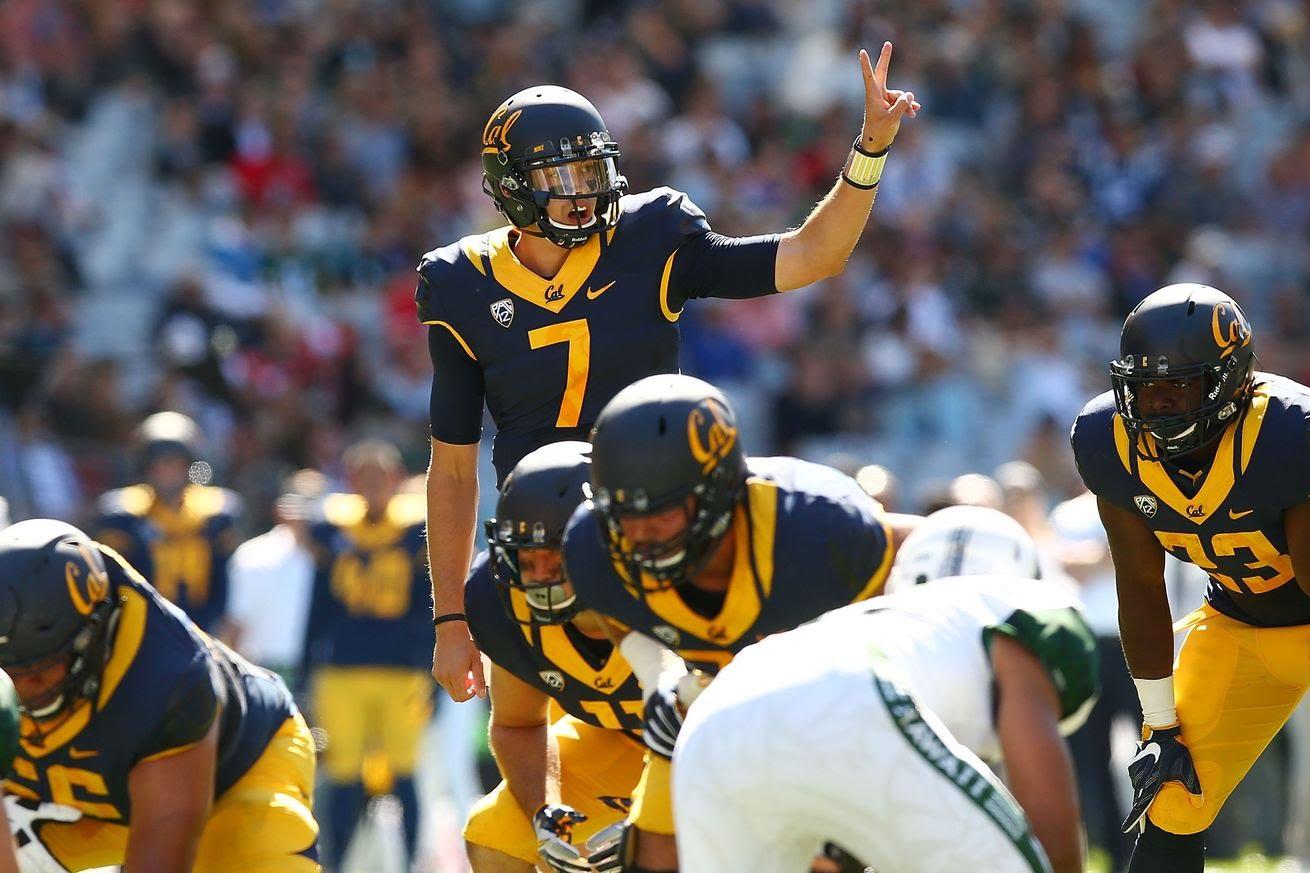 If you’re a Cowboys fan, I already know what your question is.

Why are we talking about a quarterback that lost his job in college and will likely be over drafted, we found our franchise quarterback in the fourth round last year?

As mentioned, and as fellow Staff Writer Kevin Brady and I have been bringing you with scouting reports at Slant Sports, this 2017 NFL Draft is full of defensive talent that can help the Dallas Cowboys. A simple look at their pre-draft visits to date doesn’t hide the fact that the Cowboys know they need help on defense – and more accurately depth on this side of the ball.

Sounds like they’re bringing ever CB in draft in for visit so I’d say none. https://t.co/Z4uQoS4cMg

Not only will every card turned in for a questionable quarterback before the 28th overall pick slide more defensive talent down the board for Dallas in the first round, but it could put them in a great position to add even more of this depth by trading down just a few spots and still choosing from waves of talented cornerbacks, safeties, or edge rushers.

If getting Will McClay and the Cowboys brain trust more draft picks this year following their 2016 draft haul is something you’re interested in, you may want 27 teams to pass on the hype for these quarterbacks – of which there is one more piece in Davis Webb to potentially help America’s Team.

Who could trade up for Webb’s services, and what would the Cowboys get in return? Let’s take a closer look.

The sun rises once every 24 hours, and with each new day the Browns are looking for a new quarterback around this time leading up to the NFL Draft. Cleveland has four picks in the first two rounds this year, and no immediate pressure to reach with any of them for a QB with Myles Garrett making their decision at first overall the easiest it’s been since Andrew Luck to Indianapolis.

Assuming the Browns do take Garrett to kick off the draft on April 27th, things will get interesting when they come on the clock again with the 12th overall pick. As many as four teams could consider quarterbacks before this pick, but it is also just as likely they’ll have their full stack of QBs to choose from here.

Stick with me Cowboys Nation, and assume that the Browns are once again smart (I know its difficult) with this pick and wait for their quarterback even longer.

By the time Dallas comes on the clock, naturally guys like Trubisky, Kizer, and Watson are gone – leaving former teammates Pat Mahomes and Davis Webb. A handy look at Jimmy Johnson’s draft trade value chart tells us that the Browns would have to offer 660 points of trade value to the Cowboys to come back into the round and take one of these QBs.

The appetizing 33rd overall pick that leads off the second round is worth just 580 points, meaning Cleveland would also have to likely part with the first pick in the fourth round at 108th overall – worth 78 points.

The Browns get a new, exciting, gun-slinging quarterback while the Cowboys make up for their lack of a 5th round pick by adding a premium 4th and only moving back five spots from 28.

With needs all over the roster under new leadership with John Lynch and Kyle Shanahan, the 49ers will likely pass on reaching for a quarterback with their 2nd overall pick.

It would be smart for San Francisco however to bring their first-year, QB-guru head coach a developmental QB at some point in this draft, and with their stocks always elevated the time to do so even on a guy like Davis Webb could be at the bottom of the first round.

What makes the 49ers an intriguing trade partner for the Cowboys is of course not only their 34th overall pick but their 109th – one of two selections they have in the 4th round.

These two picks would get San Francisco within 636 points of the needed 660 for the 28th overall Cowboys’ first-round pick. Making things even more juicy is that the 49ers also have two picks in the 5th round.

Again, Dallas currently has no 5th round pick, but could get the 49ers to overpay in acquiring one at 146th overall – nine points over value on the remaining 24 points required for this move. More realistically, the 49ers 161st overall pick gets this deal done with 27 value points.

In this last hypothetical trade scenario we’ll break down, the Bills round out the top-ten in this 2017 Draft by passing on a quarterback. Cleveland breathes a sigh of relief.

Looking to add a developmental guy behind Tyrod Taylor though, Buffalo can offer the 44th overall pick to start for Dallas’ 28th. This puts the Bills nicely within 200 points of the needed 660 at 460 points.

Worth 215 points to get the job done, the Bills could add their 75th overall pick in the third round to get this deal done. Compared to our last scenario with the 49ers, the Cowboys technically only kept three “premium” picks – or selections in the top 100. Recent draft history in Dallas should rightfully bring excitement for the 109th and 133rd picks, but even those fail in comparison to adding the 75th overall pick.

Davis Webb, or any quarterback that remains on the board with the 28th overall pick, could be the gift that keeps on giving for the Dallas Cowboys in the 2017 NFL Draft to put them over the top.

In a vacuum where fans (of teams without Dak Prescott of course) only care about tape and not the glimmer of hope a potential franchise QB in the draft provides, this year’s class would leave plenty – perhaps too many – of these quarterback prospects on the board in the first round for Dallas on the clock.

The quarterbacks we’ve been talking about forever now, and one we haven’t in Webb, are going to hear their names called earlier than they should though.

We go live to Jerry Jones – who already expressed his belief that he sees potential for a trade with the 28th overall pick – on draft night if the Davis Webb hype continues for three more short weeks.

To think some Cowboys fans wanted our fourth overall pick of a year ago to be used on a California quarterback.

Tell us what you think about “Cowboys Draft: Could This Rising QB Help the Cowboys Trade Out of the 1st Round?” in the comments below. You can also email me at Sean.Martin@InsideTheStar.com, or Tweet to me at @SeanMartinNFL!