After months of hard work and anticipation, the day of the 2017 NFL Draft is finally here. Yes, finally.

With the draft usually comes two things, mock drafts and draft boards. Here at Inside The Star, we have put together a Cowboys-focused draft board using both our own draft grades and the Cowboys thresholds/needs.

Put together by contributor Ian Koplowitz, staff writer Sean Martin, and myself, we have graded nearly 150 players from this year's class. By position, we present to you all of our first and second round graded players in this draft class.

Later in the week, all of our back-end day two and three prospects will be presented here as well.

Before getting into the board, there were a few notable exceptions/players we should touch on. Due to the Dallas Cowboys' needs, we did not give a quarterback a single first round grade. Each of us had a different “QB1,” but we settled on Mitchell Trubisky and Deshuan Watson based on how the Cowboys typically draft.

At running back, Joe Mixon was included on the board despite not being an RKG. It was determined that he is going to be taken within the first two rounds, and has tape worthy of a first round grade. Leonard Fournette is “RB1” to many scouts, but doesn't fit the mold of a back the Cowboys would add in this class, pushing him into the second round.

Besides that, the board should be a bit self-explanatory. Considering that right defensive end and cornerback are the Cowboys most needy positions, and this draft class is full of talent at those positions, they clearly have more first and second round grades than any other group.

But enough with the chit-chat, let's get into the board.

So, there you have it, all of our first and second round graded players. Do you agree with this board, or do you think a quality prospect was left off? Let us know how you feel in the comment section below.

I would love to see Kevin King as well. Thanks for reading, Saul! 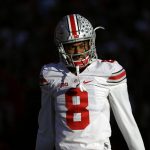 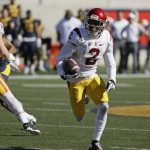