After months and months of speculation and football-less days, the week of the 2017 NFL Draft is finally here.

On Thursday night, the Dallas Cowboys will have a chance to add another talented young player to their already impressive core. Most likely, that player will be on the defensive side of the ball, and will make his home either on the line of scrimmage or in the secondary.

Now that we are so very close to the Cowboys being on the clock, the short-list of potential prospects they could take has truly been narrowed down.

Part one of a two part series, here we look at the four most likely EDGE players to be taken with the 28th overall pick. 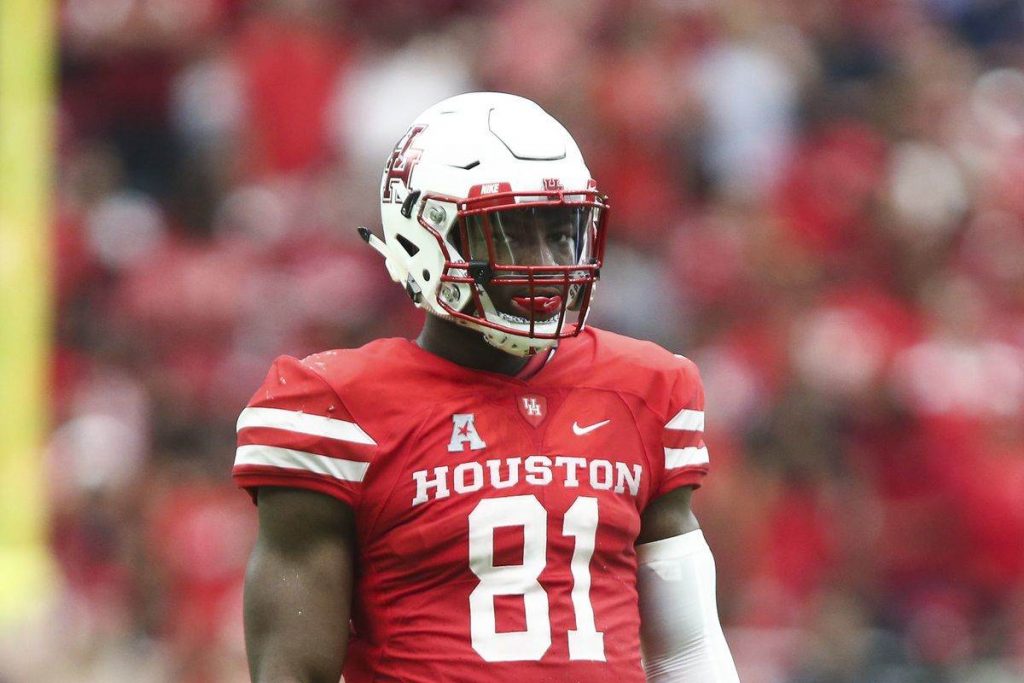 Ignored by Cowboys Nation for much of the draft process, Houston's Tyus Bowser is finally getting the recognition he deserves. Now thought of as a late first round prospect, we should all embrace Bowser with open arms if selected by the Cowboys on Thursday.

Tyus Bowser spent most of his collegiate playing time dropping into coverage, and playing in a more outside linebacker role. However, when given the chance to rush the passer, he flashed the natural and athletic abilities to create sacks and pressures at the next level.

Bowser's athletic profile is incredibly similar to Oakland's Khalil Mack, and while some see him as a 3-4 OLB, Rod Marinelli would love to add that type of rusher to play right defensive end in his 4-3 scheme.

And, traditionally, when Marinelli gets an athlete like Bowser on his defense, Pro Bowls ensue.

The favorite choice of much of Cowboys Twitter, Wisconsin's TJ Watt is a realistic option for the Cowboys at the end of round one.

Though he isn't the physically imposing defensive lineman his older brother JJ is, TJ Watt features the body and athleticism of the modern day edge rusher.

Similar to Bowser, Watt has been projected as OLB on a lot of draft boards, but Rod Marinelli could use him effectively as a 4-3 RDE. If Bowser is off the board when the Cowboys are on the clock, TJ Watt would most likely be my personal number two option.

However, I think the Cowboys may value Watt over Bowser in the scenario where they are both available.

With the nastiest inside counter move of any pass rusher in this draft class, Missouri's Charles Harris is one of the most coveted defensive ends in the NFL Draft. It is looking less likely that Harris will be on the board when the Cowboys are on the clock in round one, but he has been the most common player mocked to the Cowboys by the draft pundits.

Charles Harris is the right kind of guy which head coach Jason Garrett will love, and can be an effective right defensive end for Dallas for many years to come.

While I don't value his athleticism as much as I do Bowser's, Harris is still an explosive rusher with solid first step burst and a decent amount of pass rush moves. Plus, Harris played defensive end full time in college, unlike TJ Watt and Tyus Bowser. 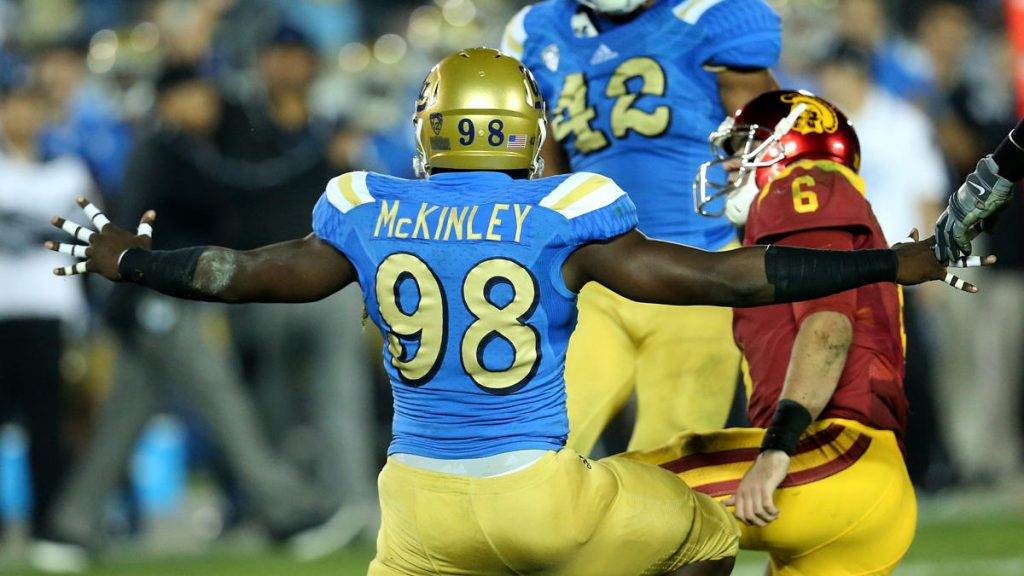 It's quite possible that UCLA's Takkarist McKinley is the perfect combination of full time defensive end and 3-4 OLB explosiveness. However, being an incredibly raw rusher with some serious shoulder troubles is going to have Takk fall on many draft boards come Thursday night.

Still, Takk is one of my favorite edge rushers in this draft class, and has some serious upside to make him worthy of a first round pick.

Depending on how the board falls Thursday night, it is quite possible that Takk is the Cowboys best available defensive end come the 28th overall pick, which will most likely make him their pick.

So, these are the final four edge possibilities for the Cowboys in the first round. Later this week, I will examine the final few cornerbacks who may be worthy of the 28th overall pick.