With both Brice Butler and Terrance Williams re-signed this offseason, the Cowboys continuity on offense at the wide receiver position for second-year quarterback Dak Prescott is one of the most exciting things they have going into 2017.

Already committed to the running game more than most teams, there aren't many touches for a rookie WR to earn in Dallas' current offense thanks to Dez Bryant and Cole Beasley. This hasn't stopped the Cowboys from looking at a few options for depth in the 2017 NFL Draft.

Here is how I think the Cowboys will stack the three wide receivers they've visited with ahead of the draft.

As mentioned, the Cowboys depth chart at receiver is all but filled out for at least 2017, which makes the important fact that USC's JuJu Smith-Schuster will not turn 21 until week 12 an intriguing one considering the Cowboys' interest.

Smith-Schuster may be raw as a route runner and complete WR, originally recruited by the Trojans as a safety, but his athleticism and length give him the upside to be a productive NFL player on the offensive side of the ball.

JuJu doesn't have elite speed or burst to separate, but is a threat to connect on big plays by winning consistently at the catch point and boxing out defenders.

USC WR JuJu Smith-Schuster just said the Cowboys and Rams have shown the most interest in him.

These are all traits that the Dallas Cowboys could use in a young, developmental WR that could step up if called upon early in his career due to injury – which is why I believe JuJu Smith-Schuster will top their board out of the three wide receivers they've met with. 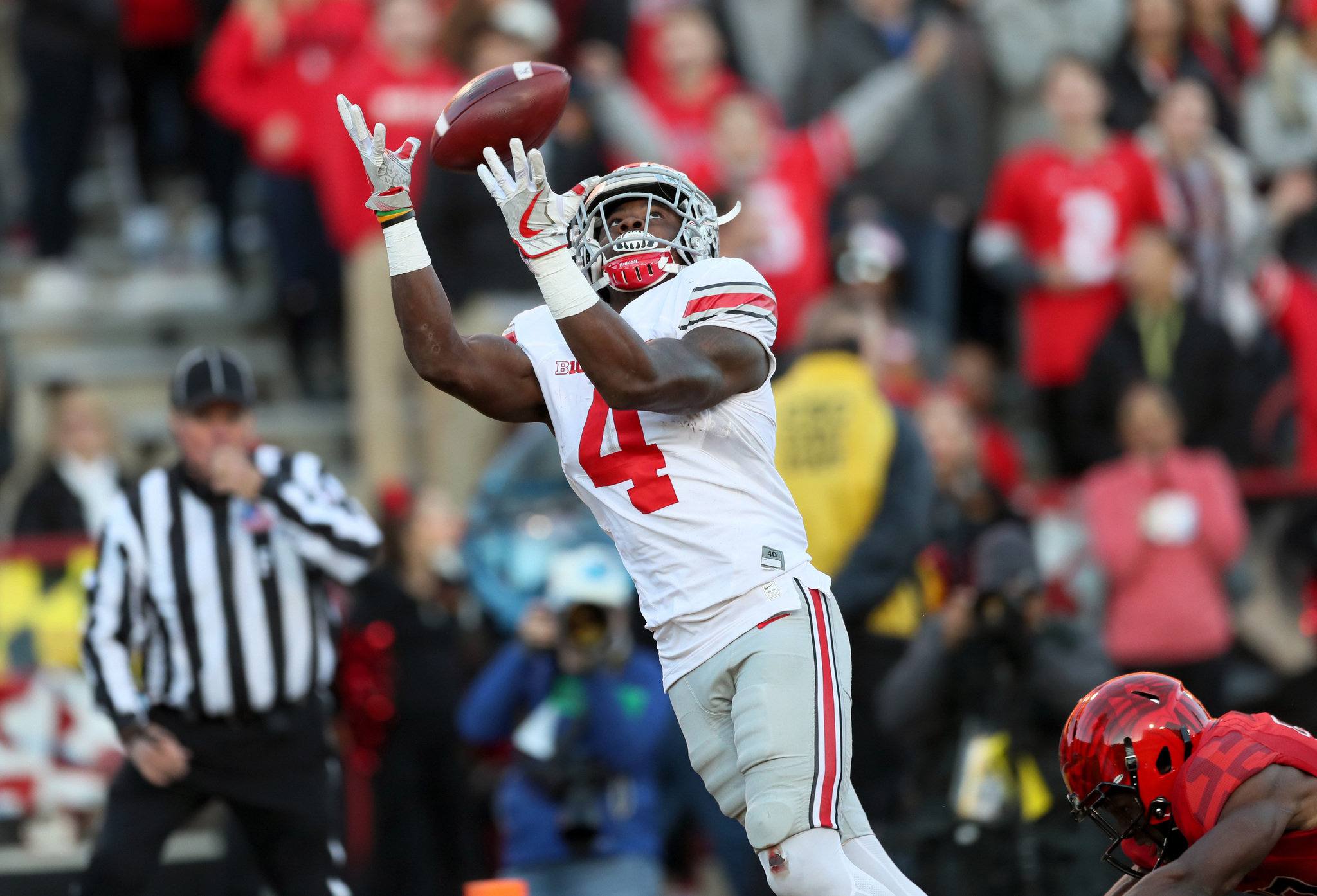 Call him a running back or a wide receiver, Curtis Samuel is a top-60 player in this 2017 NFL Draft out of Ohio State regardless of where he lines up. With 172 career carries for the Buckeyes for an average of 7.5 yards to go with 1,249 receiving yards and nine touchdowns on 107 receptions, Samuel made the transition in Columbus from Ezekiel Elliott a smooth one as a ready-made NFL player.

Curtis Samuel could truly be the final missing piece in the Cowboys offense as an elusive runner with breakaway speed and the ability to line up both in the slot and outside as a WR.

Drafting Samuel, if the Cowboys are even in a position to do so, would perhaps be looked at by Cowboys Nation as a “luxury pick” – but taking a special ball carrier out of Ohio State worked wonders for them just a year ago in the draft.

Adding depth at both RB and WR, I think the Cowboys will value Samuel just behind Smith-Schuster if looking for a true pass catching option – with more depth available specifically at RB in this class.

The most realistic draft scenario involving a WR for the Dallas Cowboys in this draft is that they target one late after using their premium picks on defense. With Brice Butler only locked up through 2017, Dallas could use another deep threat on the outside to develop, and that is exactly what this small school prospect from Grambling is.

Chad Williams ran a 4.40 second 40-yard dash at his Pro Day, and relies almost solely on athleticism to set up defensive backs before beating them with his vertical ability and strong hands.

Williams might have trouble finding the active roster for the Cowboys early in his career, but has the traits to warrant a later round pick at a position needing depth on this roster.

As we enter draft week, I'll be ranking the rest of the Dallas Cowboys pre-draft visits by position as I expect them to. Catch up on the safety position right here, and be sure to check out Slant Sports for full scouting reports!