When Joey Ivie's name flashed upon the screen to announce he was the Cowboys first of their three seventh round picks, most of Cowboys Nation wondered, “who is this guy?”

Only starting 10 games his entire collegiate career, all coming his final season, Ivie went relatively unnoticed during the 2017 NFL Draft process. But after diving into his film, I came away relatively excited about what he could bring to training camp.

Well, about as excited as you could be for a 7th round defensive linemen joining a team with a plethora of defensive tackles and strong-side ends already. 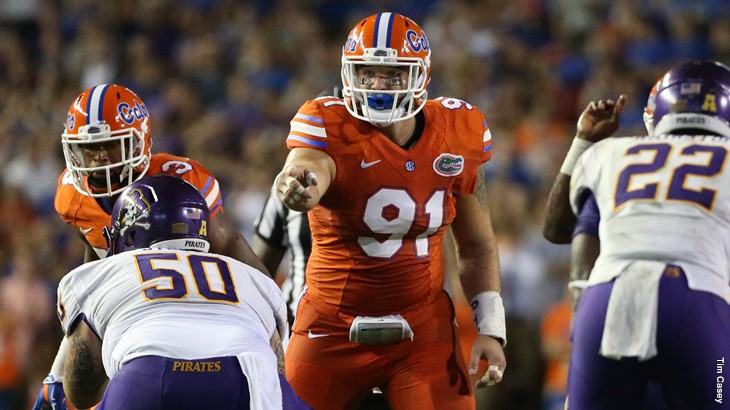 Joey Ivie is the definition of an effort player, Getting by on his extremely high motor and “try hard” mentality, Ivie was able to flash on film at times despite his lack of snaps. Finishing the season with 26 tackles, 3.5 tackles for loss, 2.5 sacks, and a forced fumble, Ivie certainly got the most out of his minimal playing time.

Ivie's best quality, besides his effort, are his hands. Showing the ability to strike offensive linemen back with his quick and efficient punch, Ivie's quick and active hands helped him to be serviceable as an interior pass rusher.

At 6'3″ 300 pounds, I expected Ivie to be a lumbering type of player, especially after checking out his less-than-average Pro Day athletic testing numbers. Surprisingly, Ivie displayed adequate athleticism on the inside.

Joey Ivie is a high effort, quality character guy, but he has some clear flaws on film. First, when faced with double teams or powerful interior offensive linemen, Ivie stood almost no chance. To often he was moved off the line of scrimmage or completely taken out of the play.

Lacking the ideal length of an NFL defensive lineman, Ivie's short arms are only made more ineffective by his high pad level and narrow base.

Simply put, Joey Ivie does not have the explosiveness that you want out of your defensive lineman at this level. He relies too often on his effort and upper body, but does not show the proper technique or lower body strength to anchor in the run or win as a pass rusher consistently enough. 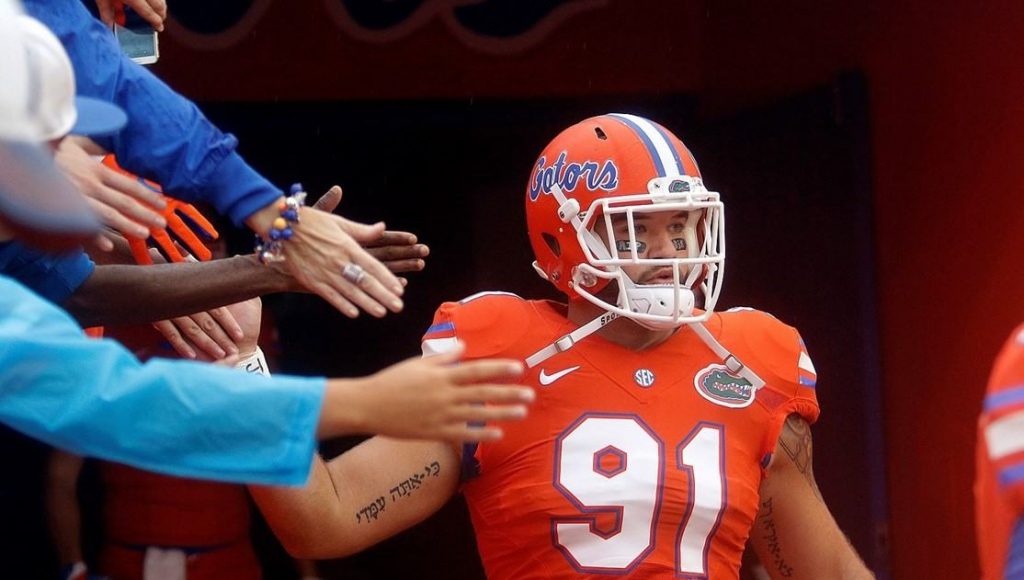 Joey Ivie is a Rod Marinelli guy, and it can be seen on film. The effort, tenacity, and grit that he plays with are admirable, and make him worthy of a look during training camp.

Unfortunately for Ivie, he lacks the length, athleticism, and overall play strength to make it at the next level. In the end, I expect Ivie to be a causality of the numbers game in camp, as the Cowboys try to keep their returning defensive line in tact, adding just rookie defensive end Taco Charlton.

However, Rod Marinelli obviously had a hand in this pick being made, and if Ivie can take to Marinelli's coaching and show enough during the preseason, he may find himself on the practice squad this season.

To read more on Joey Ivie and the entire Cowboys draft class, check out The Cowboys Blitz Draft Guide.

Kevin Bradyhttps://kevinrobertbrady.wordpress.com
Die-hard Cowboys fan from the Northeast, so you know I am here to defend the 'boys whenever necessary. Began writing for a WordPress Cowboys Blog, and have been with ITS since 2016.
Previous article
Cowboys Draft: Scouting 7th Round WR Noah Brown
Next article
Cowboys Can Sign Free Agents Without Affecting 2018 Compensatory Picks

‪There is nothing new here. Just another guy that read old scouting reports and regurgitated them. None of you bloggers watch his film. But I promise you that the Cowboys did. You don’t take a chance on a player with a draft pick, that’s what free agency is for. Joey Ivie missed starts because of injuries in his Jr. and Sr. years. He played through those injuries and personal tragedy. Ivie is a DT that played NT in the SEC because his team needed him to. I have watched his film and he has been consistently undervalued! Make no mistake, Joey Ivie will be on an NFL roster. ‬ESPN Analyst McFarland, who was at actually at his Pro Day said, “Joey Ivie really impressed me, he will get drafted late but will play 10 years in NFL.

I watched his film. As I can see from your email address and username, you clearly have an affection for Florida which I don’t. So, sorry I didn’t re-assure your fandom for the Gators. Anyway, I can potentially see him making a roster due to his effort and hand play, but I don’t think that comes here. Too much invested in interior DL already. And who says you don’t take a chance on a player with a 7th round draft pick?

Love your loyalty, man, but the logic is off. We’ve seen examples of drafted players, even as high as the fourth round, who didn’t make the team as rookies. There’s rarely much difference between a seventh-round guy and an undrafted; just a player the team wanted enough to to have to negotiate with as a free agent. They are hardly guaranteed a roster spot based on that draft pick.

The “other people” thing drives me nuts. Kevin had HD All-22 film on Ivie vs. Vanderbilt in 2016. Add to that, Kevin is a starting C at his college the last 2 years and is also now a student OL coach.

I’m pretty sure he knows what a good, great, and shitty D-Linemen look like, especially tackles.

Simply put, you disagree with Kevin on a report about a guy you obviously followed in NCAA and are making it personal, instead of offering your own take. Kind of lame, dude…

BS on less that average crap. I personally know three guys at his Pro Day that clocked his 40 in the 4.9 range. Better the majority of DTs at the NFL combine.