The Dallas Cowboys added nine new players in the 2017 NFL Draft, seven of which upgrade the defensive side of the ball. From my own evaluation, I legitimately think the Cowboys added four starters to Rod Marinelli’s unit – with the other three late round defenders being drafted for traits.

So what single trait will stand out the most for each of Dallas’ picks? I’m glad you asked.

Ironically enough, the pick that Cowboys Nation seems to be most upset about is the Cowboys’ first round selection of Michigan edge rusher Taco Charlton with the 28th overall pick.

The knock on Charlton through this draft process has been that, despite certainly looking the part of a NFL-ready pass rusher, the tape shows a limited set of skills on the edge with a player that rarely finishes.

When I wrote this full scouting report at Slant Sports on Taco Charlton, I consistently noticed both his lower body strength to explode up field against offensive tackles and turn back to the quarterback along with the upper body strength to dip and drive underneath his blockers.

The Cowboys seem committed to molding Charlton into their right defensive end this defense is sorely missing. While his traits scream base LDE, Charlton’s dominant strength will give Rod Marinelli a great starting point to fine tune Taco’s rush moves and get production on the right side.

The Cowboys did not shy away on Thursday night from telegraphing their plans to add a cornerback with their second pick at 60th overall, doing just that with a player that received some first-round buzz in Chidobe Awuzie.

The instinctive Colorado cornerback was a magnet to the football in the Pac-12 for four seasons, gaining experience as both an outside CB, slot CB, and FS.

Awuzie will gamble too much at times, but his typically solid technique to mirror receivers and feel routes stem from his elite all-around instincts in the secondary.

Awuzie’s new Head Coach Jason Garrett initially embraced his versatility, but Joe Baker confirmed that he is viewed by the team first and foremost as a cornerback.

For Cowboys fans that weren’t as happy with the Charlton pick because he “won’t be a noticeable pass rusher that opposing offenses fear”, get ready to notice Chidobe Awuzie quite a bit in the silver and blue this season.

Jourdan Lewis has been one of the most intriguing prospects to follow through this draft process, having also scouted him fully at Slant Sports.

Receiving good news at the Senior Bowl where he measured in at 5100 with 31 inch arms, Lewis then saw his draft stock fall after domestic violence allegations against him.

Potentially a first round talent, Lewis is not short on confidence coming to Dallas a third round pick, jumping out on tape as one of the best pure cover cornerbacks in this class with fantastic tackling ability as well.

Lewis will indeed be limited somewhat because of his height, but getting younger and adding a player with his cover skills in the slot is a great value pick for the Cowboys inside the top 100.

Balance, burst, and fluidity are all additional traits that make up Lewis’ overall cover skills – another player you’ll notice on the field this season for the Cowboys.

Whether you love or hate comparing NFL Draft prospects to current players in the league, Ryan Switzer is undoubtedly Cole Beasley.

It is likely those return skills that prompted the Cowboys to turn in Switzer’s card, as Special Teams Coordinator Rich Bisaccia was in the war room at the time, and it will be up to Scott Linehan to also get the most out of Mitchell Trubisky’s favorite target in the ACC.

Ryan Switzer is a smooth athlete with incredibly reliable hands, and I absolutely love his ability to surprise safeties at the second and third level by exploding past them to separate and extend to snap passes with a wider catch radius than you would expect from a slot receiver.

If you’ve noticed a theme with the Cowboys draft stock allocated to this new-look secondary when it comes to adding versatile athletes that create turnovers, you’re absolutely right – and should get ready to enjoy Xavier Woods as the sixth round steal he can prove to be.

Woods was one of the last pre-draft visits that remained on the board for Dallas through their fourth round pick and all of the fifth. Lasting long enough in the sixth to prompt the Cowboys to move up in the sixth round using next year’s fifth round pick and draft him, Woods will have a chance in numerous positions to show off his tackling ability.

Displaying stopping power against running backs and rare physicality on the perimeter, Woods can hold his own in the box, carry receivers out of the slot, and come downhill from a deep safety position with range.

The Dallas Cowboys absolutely stole Xavier Woods, and with it added another athletic tackler to a defense that thrives on forcing teams to march methodically against them and get past waves of such tacklers consistently.

The Dallas Cowboys used another sixth round pick on another basketball player this year, one with some football experience at Florida State in Marquez White.

At this point in the draft, especially having already landed two starting caliber cornerbacks, the Cowboys were drafting for developmental traits. CB Marquez White’s standout trait is his length that allows him to control receivers at the line and rally back to the football.

Getting great value on White, a cleanup on his mechanics will land Dallas another capable player in the secondary coming out of the 2017 NFL Draft.

A one-gap player with inconsistent penetrating skills at DT for Florida, the Cowboys used one of three seventh round picks on Joey Ivie to add depth at a position they’re already pretty set at with Maliek Collins, David Irving, Cedric Thornton, and Stephen Paea.

Ivie will have a chance to show some consistency in training camp with his athleticism to shed blockers and close on quarterbacks.

Struggling to make plays and jump out on tape because of his size and pad level, Joey Ivie has flashes to warrant this late round pick. 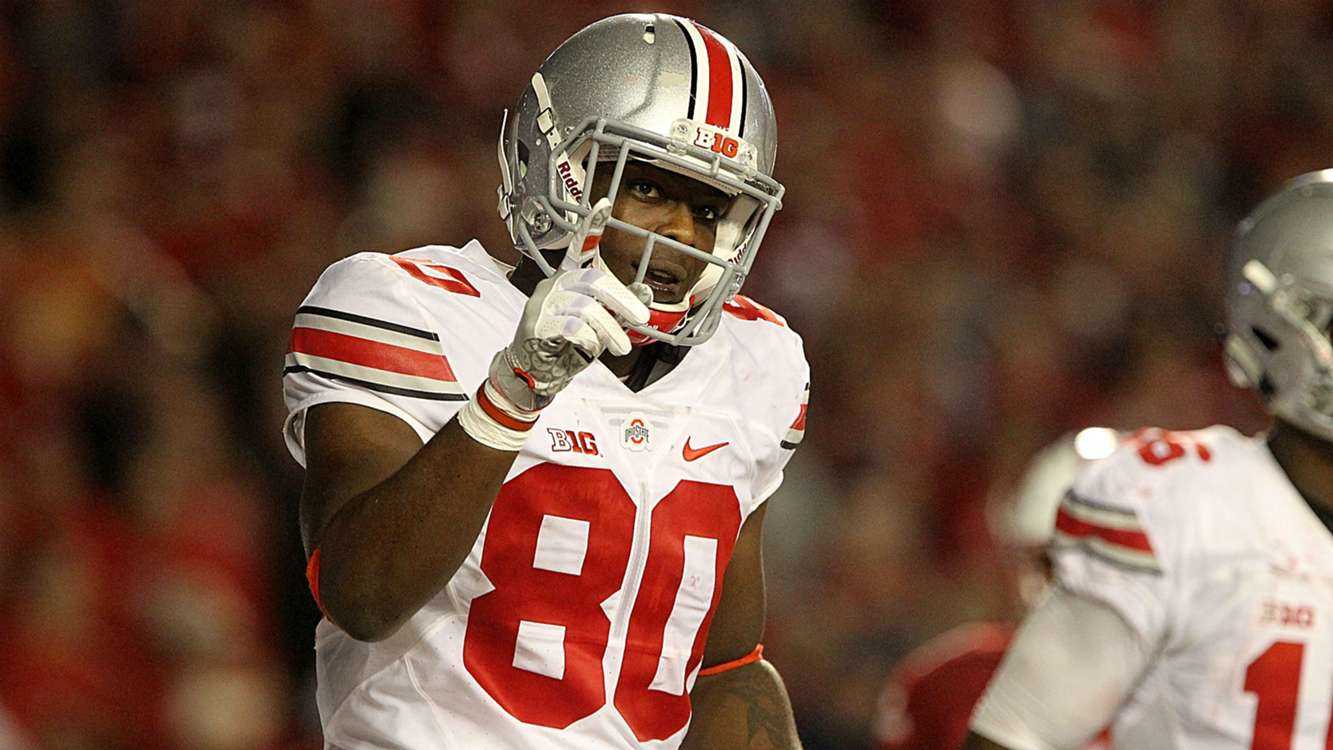 Jerry: “I don’t mind telling you that our No. 1 agent for Noah Brown was Zeke Elliott.

The Cowboys blocked their way for Ezekiel Elliott to lead the league in rushing as a rookie out of Ohio State in 2016, now adding one of his teammates at WR.

Noah Brown was the best receiver on Dallas’ board at the time of this pick, likely earning that spot thanks in large part to his blocking ability. Not afraid to square up defenders and steer them out of plays, Brown shines with a trait that is critical for WR Coach Derek Dooley.

Brown may face an uphill battle earning meaningful snaps for the Cowboys this season, although he does have strong hands to high point balls and win at the catch point, but look for his blocking to effortlessly stand out.

A second defensive tackle drafted by the Cowboys, and their second Colorado defender, Carrell was viewed by most as a priority free agent.

Instead, Dallas locked up his services with the 246th overall pick. Carrell logged plenty of snaps, leading his college team as a DT with some range to work down the line and finish at the football or free up others to make tackles.

We’ve already mentioned the depth the Cowboys have at defensive tackle, meaning they won’t at all have to count on either Ivie or Carrell. Both players have traits to look at though, and for Carrell its his motor as he gets set to work with Rod Marinelli.

Perhaps the best part of the NFL Draft is watching players that never get much of a chance before their selection develop into reliable starters. If this is going to happen for the Cowboys, in trying to emulate the success of their 2016 draft haul, look for the above traits to earn these prospects their chance with America’s Team.

Tell us what you think about “Cowboys Draft: The Single Best Trait For All 9 Rookies” in the comments below. You can also email me at Sean.Martin@InsideTheStar.com, or Tweet to me at @SeanMartinNFL!