Throughout free agency the perception of the Dallas Cowboys biggest draft need has swung drastically.

Immediately following their Divisional Playoff loss, everyone assumed Dallas would look for a right defensive end to sack quarterbacks and wreak havoc on offenses in the first round. But after losing four key contributors to last season's secondary, everyone is now looking for the Cowboys to go cornerback or safety in round one.

Recently, two very prominent draft analysts has linked the same defensive back to the Cowboys with the 28th overall pick.

The 5'10” 186 pound corner misses the threshold which most general managers in the league tend to hold for day one corners, but due to his incredibly gifted traits as an athlete, some believe he could rise to the end of the first round.

Jackson possesses excellent ball skills, and is even better once he has the ball in his hands. His closing speed, lateral quickness, and overall athletic ability are all superb as well.

However, Adoree' Jackson is quite small for an outside cornerback, and may better fit the slot corner role which is now occupied by veteran Orlando Scandrick. Still, the versatility which Jackson provides in the return game, as well as a potential offensive weapon as well, could interest the Cowboys.

Adoree' Jackson was also recently noted as one of the Cowboys' 30 pre-draft visitors, and if my article last year on the topic taught us anything, it's that the Cowboys take those pre-draft visits very seriously come draft day.

Both NFL Network's Daniel Jeremiah and CBSSports' Dane Brugler mocked Adoree' Jackson to the Cowboys in the first round this past week, with Brugler providing some interesting explanation for the pick.

“One of the Cowboys top-30 visits, Jackson is the type of athlete that NFL teams covet at the cornerback position. He is still unrefined in several areas, but his ceiling has a good chance of getting him in the late first round.”

Being that Jackson is still so “unrefined” I think it will be surprising to see the Cowboys go this route in round one.

To be honest, I have been thinking that a trade back out of the first round is very possible, especially considering the depth of this draft class. The Cowboys may want to back out of the first in order to acquire another second and/or third round pick, and get themselves four picks in the top 100.

Dallas has almost become known for trading back in recent years, especially after yielding center Travis Frederick after moving themselves towards the end of the first round in 2013.

Regardless, USC cornerback Adoree' Jackson is someone to keep your eye on as we move closer and closer to draft day.

The question becomes is he likely to be a Day 1 starter? We need somebody that will hit the ground running and is he that guy? And if he is really a slot then what are you doing with Scandrick? While I believe he could be a Day 1 punt and kick returner I don’t see him as a starter at CB just yet.

And therein lies the problem with drafting Jackson in round one. He is an incredible athlete and has some raw abilities as a corner, but I don’t know if he can survive as an outside starting CB at the next level. I just don’t see this pick making much sense right now.

I think there are other players equally athletic and meet the height/weight requirement Dallas likes. I can see him maybe in the 2nd if the player Dallas likes there is gone, but there are too many CBs that are better that will be available at 28.

NO and definitely not at 28. 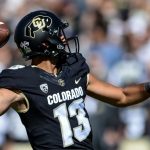 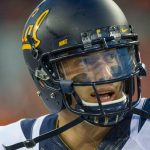