Despite being so needy on the defensive side of the ball, the Dallas Cowboys have decided with some elite offensive talent at this year's NFL Scouting Combine.

With the impending free agency of both Terrance Williams and Brice Butler, the Cowboys are likely to be in the market for a new wide receiver-two this offseason. With the depth of receivers in the 2017 NFL Draft class, specifically with second round grades, the Cowboys will most likely look to draft one in round two.

Westbrook did not actually participate in the Combine drills this weekend, but he is set to do so at his Pro Day on March 8th. Dede Westbrook, who finished the 2016 season with 80 receptions for 1,524 yards and a Heisman invitation, was a highly productive receiver during his days at Oklahoma.

A quick-twitch player with the ability to win after the catch, Westbrook was often given the opportunity to explode on quick screen passes or end-around type plays. Westbrook is a smooth route runner who plays with good body control, and is fast enough to create separation from cornerbacks vertically.

Dede Westbrook didn't run the 40 today, but he one time did this and I'm sure to his agent @LilTunechi it would suffice. pic.twitter.com/KS20Qm1GZl

While the Cowboys already have a good amount of weapons in their offensive inventory, adding Westbrook would give them the ability to manufacture playmaking opportunities on every down.

Giving him 5-7 targets in the pass game, 1-2 end-around attempts, and allowing him to return kicks would make drafting Westbrook “worth it” in round two. Dallas might not be a pass-first team anymore, but allowing Westbrook to find his way into the offense could let Scott Linehan get creative with the play-calling.

Westbrook could play both the Lucky Whitehead and Terrance Williams role at the same time. In turn, this could save a roster spot and save some money which could be used on the defensive side of the ball.

If available in the second round, Dede Westbrook would be a solid selection for the Cowboys to make. Personally, I believe taking him in the first round would be a bit of a reach, but if they really want to draft Westbrook, that might be where he needs to go.

Trading back into the early stages of round two would be a smart move if Dallas has their hearts set on Dede Westbrook.

Of course, with the abundance of edge rushers in this draft class, I am still driving the “defensive end at 28th overall” train all the way to draft day.

Kevin Bradyhttps://kevinrobertbrady.wordpress.com
Die-hard Cowboys fan from the Northeast, so you know I am here to defend the 'boys whenever necessary. Began writing for a WordPress Cowboys Blog, and have been with ITS since 2016.
Previous article
Free Agent CBs: Will the Cowboys Re-sign Carr or Claiborne?
Next article
John Ross Breaks 40-Yard Dash Record; Out of Cowboys’ Range? 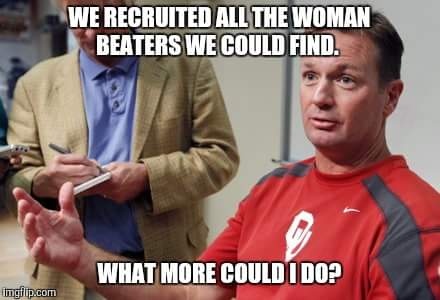 With multiple domestic violence charges and other off field issues I don’t see how we can take a shot at this guy, talented or not.