The Dallas Cowboys have arguably the NFL's best offensive line, headlined by Tyron Smith, Travis Frederick and Zack Martin. Two out of three of those players have already been locked up for the foreseeable future with quite large contract extensions, and it's starting to look as if the Cowboys are turning their attention to the third.

Zack Martin is the only All-Pro offensive lineman that hasn't received a contract extension from the Cowboys, but that could change once the team gets back together for training camp. In fact, this is exactly the formula the Cowboys' front office used before extending both Tyron Smith and Travis Frederick.

In the past, the Cowboys have used the spring to exercise the fifth-year option on their rookie contracts, then used training camp to discuss long-term extensions. The fifth-year option gives them time to crunch the numbers and see where both sides are at, while also locking up Martin's services for the season.

I can almost guarantee you the Dallas Cowboys already have an idea of the kind of contract extension it would take to keep Zack Martin a member of the organization for years to come. Stephen Jones has even admitted to already taking a look at the numbers.

“Yeah, we're kind of looking at them,” he said during an interview on 105.3 The Fan. “We usually work on these things, a lot of times, in training camp. That's when the player is up for it.”

The good news is, the Cowboys aren't cash-strapped as much as in years past because of the retirements of both Tony Romo and Doug Free. Plus, smarter spending in free agency gives the organization the wiggle room needed to pay the asking price for a player of Martin's caliber.

So, don't expect Zack Martin to be going anywhere soon. The Cowboys will likely meet his asking price, and it will probably be in the same range as Kevin Zeitler's five-year, $60 million contract with $31.5 million in guarantees. This made Zeitler the top paid offensive guard in the league, but that might not be for very much longer. 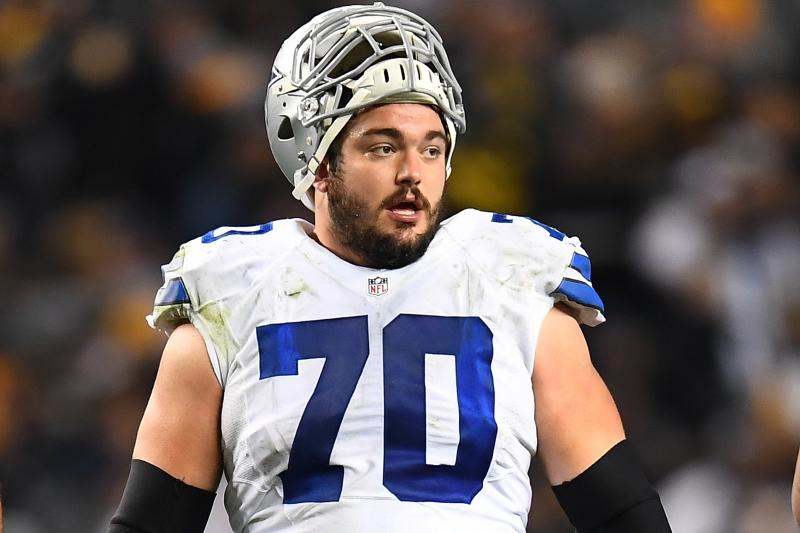 Zack Martin's contract could even possibly exceed what Kevin Zeitler received from the Cleveland Browns during the off-season. There are reasons why this could happen, which is something I'm sure the Cowboys' front office has already taken into consideration.

For one, Martin is just 26 years old, one year younger than Zeitler. It's not a huge difference, but I'm sure it will likely come up when negotiations get underway. But, that's minuscule compared to why Martin will probably receive more money than Zeitler.

The Browns decided to make Zeitler the top paid offensive guard in the NFL, despite not making a single Pro Bowl or All-Pro selection in his first five years in the league with the Cincinnati Bengals. Martin on the other hand has been named to the Pro Bowl in each of his first three seasons in the NFL and was named First Team All-Pro in 2014 and 2016.

If you add all of this up, you can bet that Zack Martin will likely end up becoming the highest-paid offensive guard in the NFL. But, it wouldn't be out of the question to take some kind of discount in order to keep the offensive line intact by remaining with the Cowboys.

Do you think the Cowboys and Zack Martin reach an agreement in training camp?

The Dallas Cowboys have had to answer questions all off-season regarding the lack of depth on the offensive line. A thin group coming into...
Read more
Cowboys News

From the second I seen this guy “accidentally” hurt Sean Lee in OTAS, I knew we had something here This guy is the best guard in the league and should be payed like it Pay him Jerry!!! PS: Thanks Stephen for not letting pops pick Johnny College football

Well said Travis. I don’t think there’s any way they let him get away.