According to Adam Schefter, the Dallas Cowboys and their All-Pro offensive guard Zack Martin have decided to shut down contract talks for now, but plan on trying again next off-season.

Cowboys and All-Pro G Zack Martin have halted contract discussions until after season, per @toddarcher. They'll try again next off-season.

The two sides tentatively set a late August deadline for the contract extension to get finalized in order for it not to become a distraction during the season. Unfortunately, there has been very little progress and both sides decided it would be best to shut things down for now to focus on the 2017 season.

The Dallas Cowboys have used the off-season, and more specifically training camp, to work out contract extensions in the past with players like Travis Frederick and Tyron Smith. But, Zack Martin's contract may be little more tricky to get done.

Fortunately, there is no need to worry. The Dallas Cowboys have exercised Martin's fifth-year option, which means he is slated to make $9.341 million in 2018. Martin however would without a doubt have preferred a long-term extension for financial security, especially since the fifth-your option only protects against injury.

First off, Zack Martin is one of the best offensive guards in the entire NFL and is probably looking to be compensated as such. The Cleveland Browns signed Kevin Zeitler to a five-year $60 million contract with $23 million guaranteed this off-season to make him the highest-paid offensive guard in the NFL. That is likely the starting point for Martin's contract extension, but his deal will likely exceed what the Browns paid Zeitler, because his credentials are better.

Zack Martin has earned a trip to the Pro Bowl in every season since entering the NFL (2014-2016), whereas Kevin Zeitler has yet to earn that distinction even though he has been in the league two years longer. Hence, age also works in Martin's favor in contract discussions.

Secondly, the Dallas Cowboys have to be careful with how they work Zack Martin's contract for future purposes. The Cowboys already have a lot of money tied up in the offensive line having already given Tyron Smith, Travis Frederick and most recently La'el Collins contract extensions. They have to make sure that every little detail is just right so that they don't handicap themselves in the future by investing all the resources in one area.

Fortunately, next year might just be the best time to finalize a contract extension for Zack Martin. There are very few players waiting in the wings for an extension next season and the Cowboys can create more cap space by getting out of the few bad contracts. It doesn't really change the trickiness of Martin's extension, but it does give the Cowboys more wiggle room to work something out.

I for one am not particularly concerned that Zack Martin and the Dallas Cowboys won't be able to come to terms on a contract extension. Jerry Jones is known for keeping players he wants and will do whatever is within his power to make things happen.

So, even though the Dallas Cowboys and Zack Martin have shut down contract talks for now, don't expect him to be wearing anything but a star on his helmet anytime soon.

How do you feel about the Cowboys and Zack Martin shutting down contract talks?

I can’t figure out the hold-up … unless Martin is wanting to become the highest paid OL in the history of the NFL (?) To me, THAT is the only thing that would stop Jerry (or Stephen) from getting this deal done. Jerry has ALWAYS over-paid for players who are the best at what they do … and I’m sure he would’ve here. But, evidently, something from the Martin camp is holding this deal up. And, in my opinion, it’s Martin asking for the world.
But, what’ll probably happen is … sometime this week, we will hear that Martin has signed for the most of any GUARD in the NFL.

Zack Martin deserves to be paid as the highest offensive guard in the NFL. I think it’s the way the contract is worded and the guaranteed money involved that is probably holding things up. I have 0% concern it will not get done, but everybody involved is probably looking for a mutually beneficial extension. 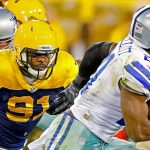 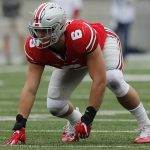