So this is what Cowboys game day feels like! It has been exactly 200 days since we've collectively shared this feeling as Cowboys Nation – with circumstances much higher as Dallas hosted Green Bay with a trip to the NFC Championship Game on the line.

A season later, excitement is certainly lower for tonight's Hall of Fame game between the Cowboys and Cardinals, but expectations are as high as ever for QB Dak Prescott, RB Ezekiel Elliott, and a class of rookies that have overhauled Rod Marinelli's defense.

To put it simply, the Cowboys have impressive depth on both sides of the ball. Even with their starters projected not to play tonight, this game will be critical to talented players fighting for the last spots on the final 53 man roster.

The Dallas Cowboys path towards Super Bowl LII starts now, and it begins in Canton, Ohio – at the Pro Football Hall of Fame.

Inside The Star Staff Writer Kevin Brady provided some insight in scouting the Arizona Cardinals right here, a team that fell short of 2016 expectations but returns a veteran squad with exciting rookies and a top head coach in Bruce Arians.

We'd probably watch the Cowboys face off against the Ohio Bobcats tonight, if we're being honest, but as far as NFL opponents go the Cardinals should present an interesting match up against America's Team.

Anyone else going to be in their seats at least an hour before this? Just me? That's fine.

Al Michaels and Chris Collinsworth will be on the call for the Cowboys' first of five preseason games. Get used to this pairing, as the Cowboys will appear on NBC's Sunday Night Football three times this season – including another prime time week one start against the Giants at home.

The radio home of the Dallas Cowboys, you can stream 105.3 The Fan right here.

It is only fitting that on the week they'll honor Jerry Jones – who has added to his legacy as the Cowboys' President, Owner, and GM by moving his team to the beautiful AT&T Stadium and somehow topping that with The Star at Frisco – the Hall of Fame itself will unveil a new facility with the Tom Benson Stadium.

Last season's Hall of Fame game between the Colts and Packers was cancelled due to field conditions, but football's home is now very ready for  the Cowboys, Cardinals, Jerry Jones, his helicopter, and whatever else is in store throughout this great weekend. 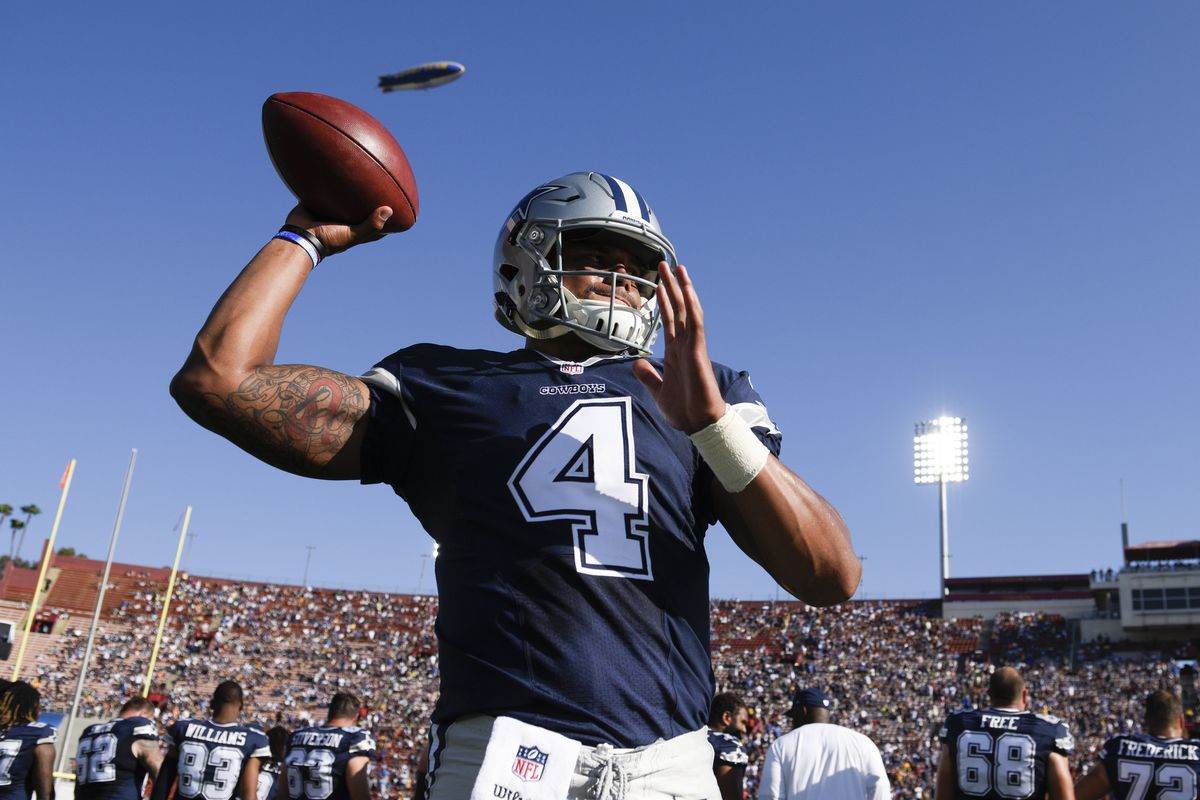 For the Cowboys' preseason openers, this will also mark the second straight season in which they help in welcoming a “new” facility. Dallas' opening kickoff in 2016 came at LA Coliseum, signaling the Los Angeles Rams' return to the city and first game at the historic venue since 1979.

That kickoff was returned for a touchdown by Lucky Whitehead…we've come a long way. Welcome, 2017 Dallas Cowboys football season.

In a normal league year, the Dallas Cowboys would have concluded the regular season at this point. The lasting taste in the mouth of...
Read more
Game Notes

The Dallas Cowboys didn't make the kind of statement they'd hoped for in their matchup with the Arizona Cardinals. Struggles in all phases of...
Read more