The Dallas Cowboys will be featured on HBO's Hard Knocks for the third time in the series' history, news that was announced Friday. The new season begins on August 10th, with the team holding a joint practice featuring last year's Hard Knocks franchise the LA Rams on August 7th.

This will be the first time that Cowboys training camp is viewed through the lens of reality TV since 2008, a year they finished 9-7 and third in the NFC East.

Regardless of where fans stand on the Cowboys Hard Knocks appearance being a distraction or not, here are the top storylines around America's Team for the show to dive into.

This is an obvious place to start, but undoubtedly the top story for the Cowboys this offseason. Dallas' new $160 million quarterback was lost for the season in week five a year ago. Rehabbing ahead of schedule, Prescott has everything he needs to make the emotional scene of being carted off against the Giants an afterthought going forward.

Not only are Prescott's trio of WRs the best in the NFL, but they offer differing personalities that could work into the show with second-year standout CeeDee Lamb, Michael Gallup in a contract season, and veteran Amari Cooper.

Also lost for the season in 2020 were the Cowboys starting tackles, though Prescott can now look forward to being protected by Tyron Smith and La'el Collins again. Just how good the Cowboys offense will need to be is up to a number of outside factors, but the readiness of Prescott to lead a team that remained in the playoff hunt through week 17 without him is HBO's starting point for featuring the Cowboys.

2. Dan Quinn Up for the Challenge As New Defensive Coordinator

Ask even a casual fan what they know about the Cowboys prior to viewing Hard Knocks, and it won't take long for their historically bad defense to come up. Even with a star-studded offense, the Cowboys will need to take major strides on defense this season, and are hopeful the return to normal in-person coaching is the first step.

The next step was moving on from Mike Nolan and hiring Dan Quinn. The well-respected former Falcons HC is not simply picking up where Nolan left off, as Quinn brought in multiple draft prospects that fit his system as well as assistant coaches with experience under him.

Nobody is expecting HBO to show the Cowboys morphing into the '85 Bears in Oxnard, but a sense of identity on defense is needed. Eccentric personalities like DeMarcus Lawrence and first round pick Micah Parsons have a chance to capture the cameras, but how will Quinn manage players like Jaylon Smith, Randy Gregory, and Trevon Diggs to rebuild this defense?

3. Hollywood Cowboys and the Return of “Normal” Fan Interactions

There's no doubt the Cowboys embrace their role as the most visible team in the league, and in return TV cameras jump at any chance to show off the star. When the Cowboys roll into Oxnard, so too will a sense of normalcy that was starkly missing from training camps around the league a year ago.

Fans everywhere should be excited about getting to see their teams at practice or a game again, but there's nothing quite like the Cowboys arriving to California to greet their fans there along with those that come from Texas. HBO putting this on primetime is as good a promo for the league as any, that 2021 will feel like the football seasons we all remember prior to a challenging 2020.

There's also the added caveat of real life being normalized again, meaning California nightlife is in full swing and ready to welcome a peak behind the Cowboys' players and coaches curtain.

4. Much to Learn about HC Mike McCarthy

In 2018, the Cowboys were featured on Amazon's TV series All or Nothing. Instead of a glimpse into training camp, this series took place during the season with incredible access to coaches meetings and player preparation.

One of the lasting takeaways from that series was a new perspective on then-HC Jason Garrett. With the camera on him for far more than just four quarters on Sunday and his often mundane press conferences, a fiery and emotional Garrett was a surprise to fans. Garrett's ten year leash as the Cowboys HC would end the following season in 2019.

Mike McCarthy now enters his second year on the job, and only Jerry Jones himself knows where the patience scale sits for the coach that follows the second longest tenured Cowboys HC in history.

Where Garrett was criticized for seemingly taking a step back on gamedays and not having a clear advantage he brought to the team, the same was said at times about McCarthy through his difficult first season.

Hard Knocks can shed new light on how McCarthy has changed the Cowboys approach, and how he delegates to experienced coordinators in Kellen Moore and Quinn.

Cowboys fans are no stranger to finding an unknown player during training camp and the preseason and following their longshot journey to make the team. Typically this is a player on offense, but with Dallas' depth on this side of the ball the cameras may have to look elsewhere for their Cowboys Hard Knocks hero.

Sixth round pick DT Quinton Bohanna has already made a strong impression with fans, talking up Memphis BBQ compared to his new home town of Dallas. TJ Vasher and Brennan Eagles are UDFA wide receivers with local ties, playing at Texas Tech and Texas respectively. Carrying some momentum from last season, LB Francis Bernard would also do well to draw the attention of Hard Knocks as he prepares for his second season. 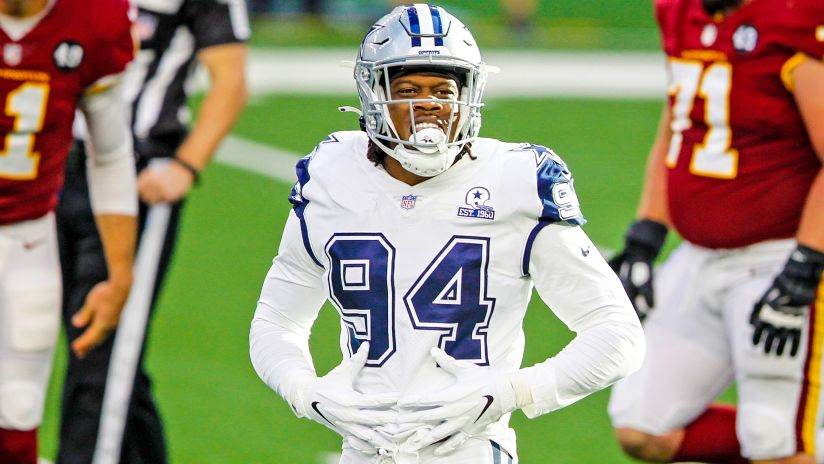 Not long after the conclusion of the 2020 season, Jerry Jones made it clear in a radio interview at 105.3 The Fan that he wasn't happy with DE Randy Gregory's playing time after returning from suspension. This was just one of the factors that led to both Mike Nolan and DL Coach Jim Tomsula being fired after one season.

The Cowboys longtime trust in Gregory becoming the player he was out of Nebraska is in line to pay off this season. Asserting himself on Hard Knocks as a starting caliber pass rusher and helping to put his past behind him would go an incredibly long way for Gregory.

Bradlee Anae, Dorance Armstrong, and rookie Chauncey Golston can be considered competition for Gregory to line up opposite Lawrence at right end, but the motivation is clear that the Cowboys want Gregory to own this position.

The Cowboys opening press conference from Oxnard will take place on Wednesday, July 21st. Let us know what you're most looking forward to seeing from the team at training camp, as well as on Hard Knocks, in the comment section below!