The Dallas Cowboys have a tough task on their hands this Sunday when they host the San Francisco 49ers in the wild-card round. One of the main players the Cowboys' defense has to be concerned with is Tight End Goerge Little who is one of the NFL's best at his position.

Safety Jayron Kearse, the Cowboys prized free-agent signing, will have the responsibility of trying to neutralize Kittle as much a possible to limit what the 49ers do offensively. That's a challenging assignment, to say the least, but the six-year veteran has some extra motivation heading into this matchup seeing as he's been constantly asked about how himself and the Cowboys' defense will contain Kittle.

Kearse mentioned that he isn't the only one that has his work cut out for him on Sunday.

“I'm ready for the task, but he has to go against me, too,” Kearse said. “I kind of get ticked off when I'm being asked ‘Kittle this, Kittle that.' He has to play me, too. So we'll see how that shakes out.”

Kearse was seen as a depth piece at the safety position and wasn't even supposed to be a big part of the Cowboys plans defensively when he was signed last March. However, he took full advantage of his opportunity and has become one of the most important players on the Cowboys' defense.

The former seventh-round pick set a career-high in tackles with 101 (led the Cowboys) and also set career highs in interceptions (2) and passes defended (10) in 2021. His stellar and unexpected level of play this season built tremendous trust in him with the Cowboys coaching staff to the point that he was given the green dot to take over play-calling duties during the Cowboys Week 8 win over the Minnesota Vikings.

This makes it understandable that Kearse has extreme confidence in his ability to match up with Kittle. With that being said, Kearse is smart enough to know that he's facing a formidable foe when it comes to the two-time all-pro tight end.

“Kittle's a great tight end – one of the best tight ends in the league, if not the best,” Kearse said. “He does a lot of things in the pass game and the run game which is unique to a lot of tight ends, because you've got guys that's either really good at run blocking or really good pass catchers.”

Kittle can make it a long day for the Cowboys' defense if he's making plays in the middle of the field and down the seams. That's why Kearse is vital to what the Cowboys do defensively because he can use his 6-foot-4 frame and underrated ball skills to cause problems for Kittle.

This will be one of the most important matchups of this battle between the Cowboys and 49ers. If Kearse can step up to the plate and raise his level of play even higher than it has been this season, which is required in the playoffs, he could be an X-factor in a Cowboys' win.

Jayron is having a good year and he turned out to be a very good FA signing. He has the bloodlines and has most likely gotten some fine tuning from his uncle, former NFL DE Jevon Kearse, and cousin former NFL CB Philip Buchanon. Hopefully he can reduce Kittles effectiveness. 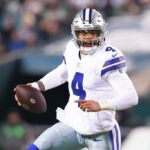 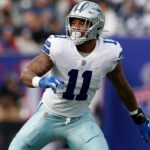