Whenever younger players can earn starting jobs on a NFL roster, that team is going to improve, and such was the case in a dramatic way following the Dallas Cowboys' 2016 NFL Draft. Now with a fresh haul of players brought in with the 2017 draft, nine young members of America's Team will look to push current members for their jobs.

After already looking at which Cowboys were given a vote of confidence based on Dallas' draft plans, here are a few that need to be ready to finish the fight in proving their worth for the 2017 season. 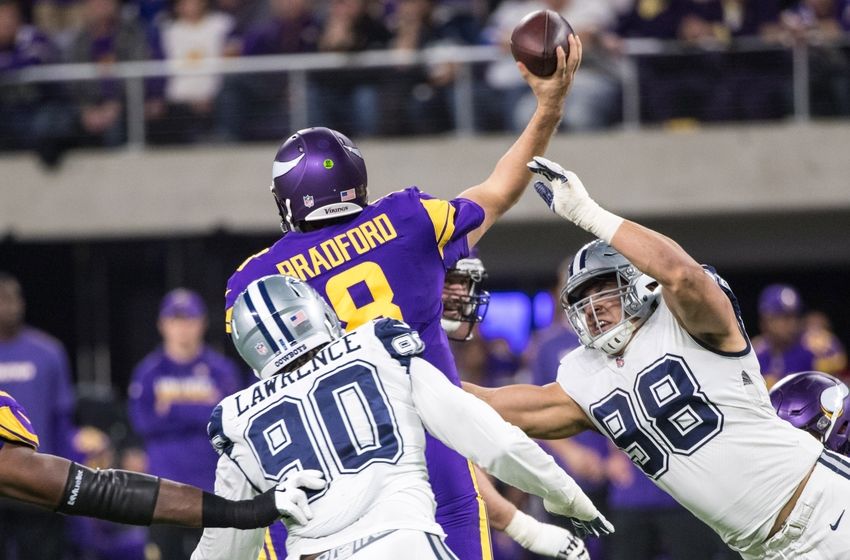 The world may have very well ended if the Cowboys came away from the 2017 NFL Draft without addressing the defensive end position at all, but dedicating their first round pick to Taco Charlton is bad news for DeMarcus Lawrence entering a contract year.

Charlton, like Lawrence, projects best as a very solid LDE – but the Cowboys seem committed to giving him an opportunity on the right side, another position Lawrence was asked to fill in at during his brief nine games with just one sack in 2016.

Various injuries and a suspension along the way have held DeMarcus Lawrence back from being the cornerstone pass rusher that the Cowboys desperately needed him to be when selecting him in the second round in 2015, appearing in just 32 career games.

D-Law has a lot of ground to make up in a short period of time this season if he is going to prove of any value beyond 2017 for the Cowboys, especially with Taco Charlton bringing fresh blood to his position. 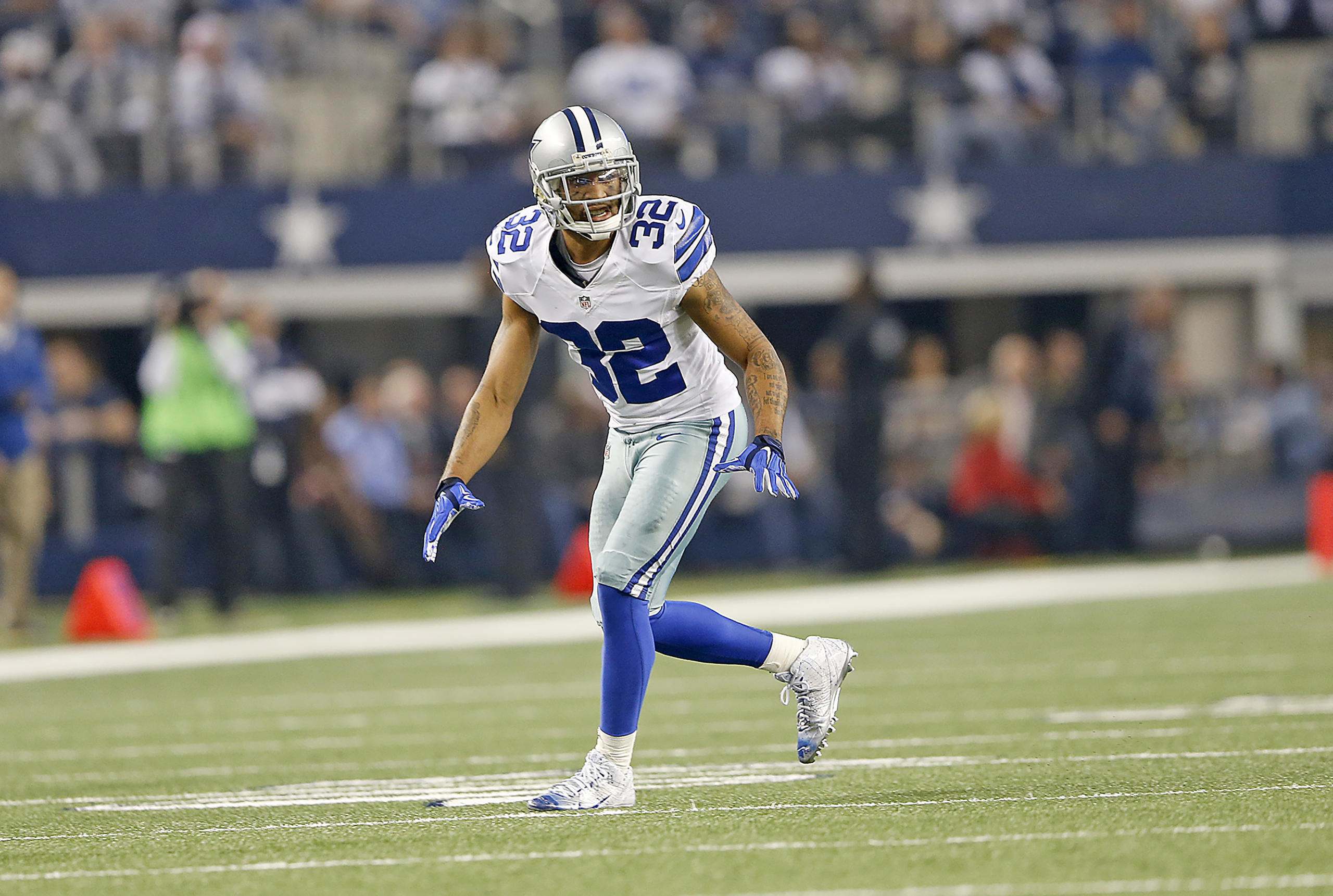 Whether or not veteran cornerback Orlando Scandrick's services are even part of the Cowboys plans for a young secondary this season is something discussed by Staff Writer Brian Martin here at Inside The Star, following reports of Dallas' intention to trade Orlando.

Scandrick has proven to be at his best when a fire is lit under him, and if he is here to stay, this fire will spread not only amidst trade talks but via rookies Chidobe Awuzie and slot CB Jourdan Lewis.

I still believe the best version of the Dallas Cowboys defense moving forward included Orlando Scandrick, but they may certainly feel differently when it comes time to actually crunch the numbers on this roster. 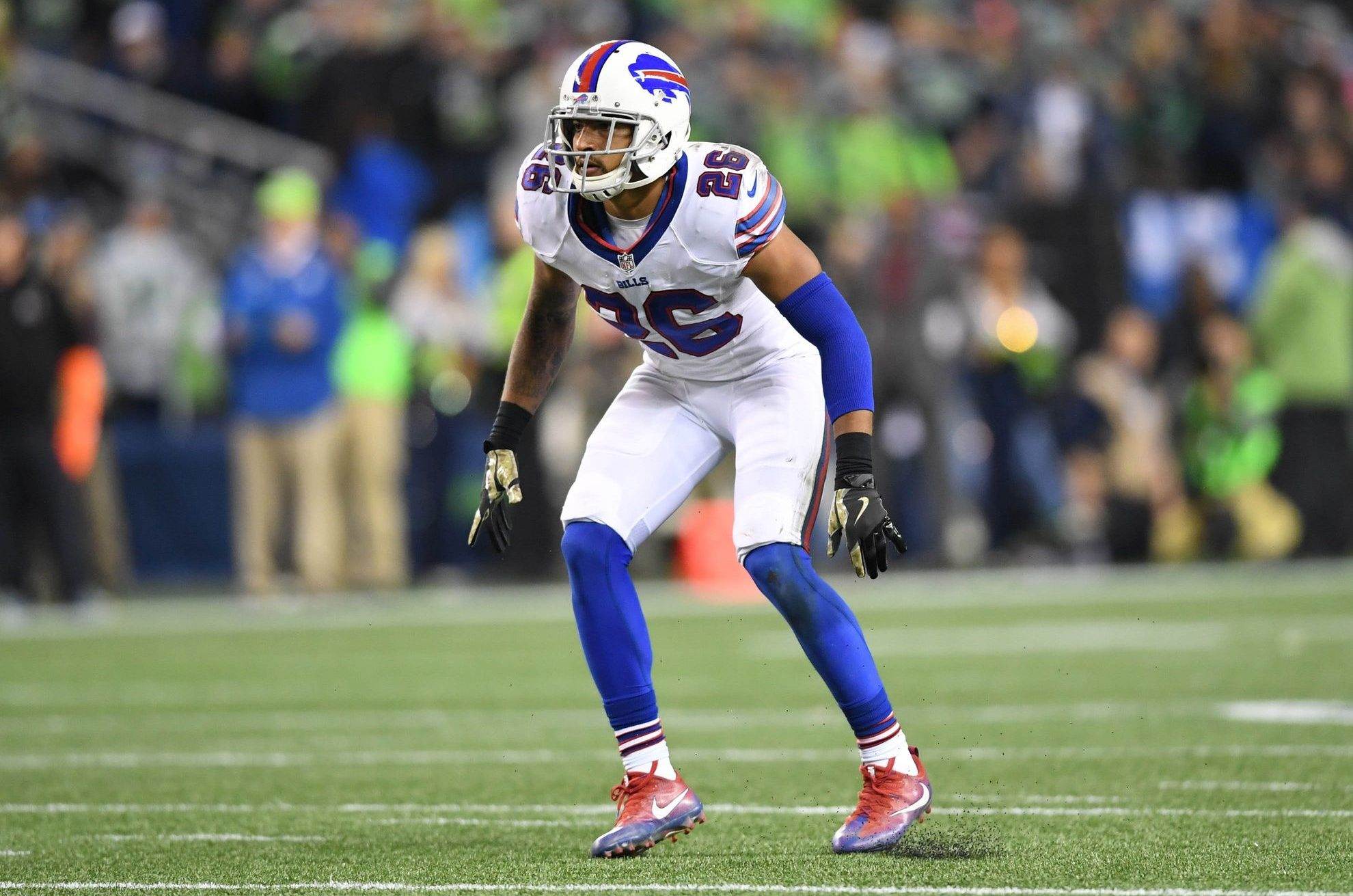 Playing in the NFL can be a cruel life for mid-tier players like veteran safety Robert Blanton. A pre-draft addition in free agency, Blanton can certainly bring some toughness and consistency to the position in Dallas, but will now face competition from Xavier Woods along with Jeff Heath and Kavon Frazier.

All younger options to replace a player that certainly doesn't bring anything amazing to the back-end of Rod Marinelli's defense, Blanton may have a tough time standing out with limited opportunities. Jeff Heath was already a player I highlighted as one the Cowboys are confident in, and with that confidence should come reps over the summer.

Assuming Woods gets his fair chance as well along with Frazier – who practically redshirted his first season – Robert Blanton could soon be back on the free agent market. 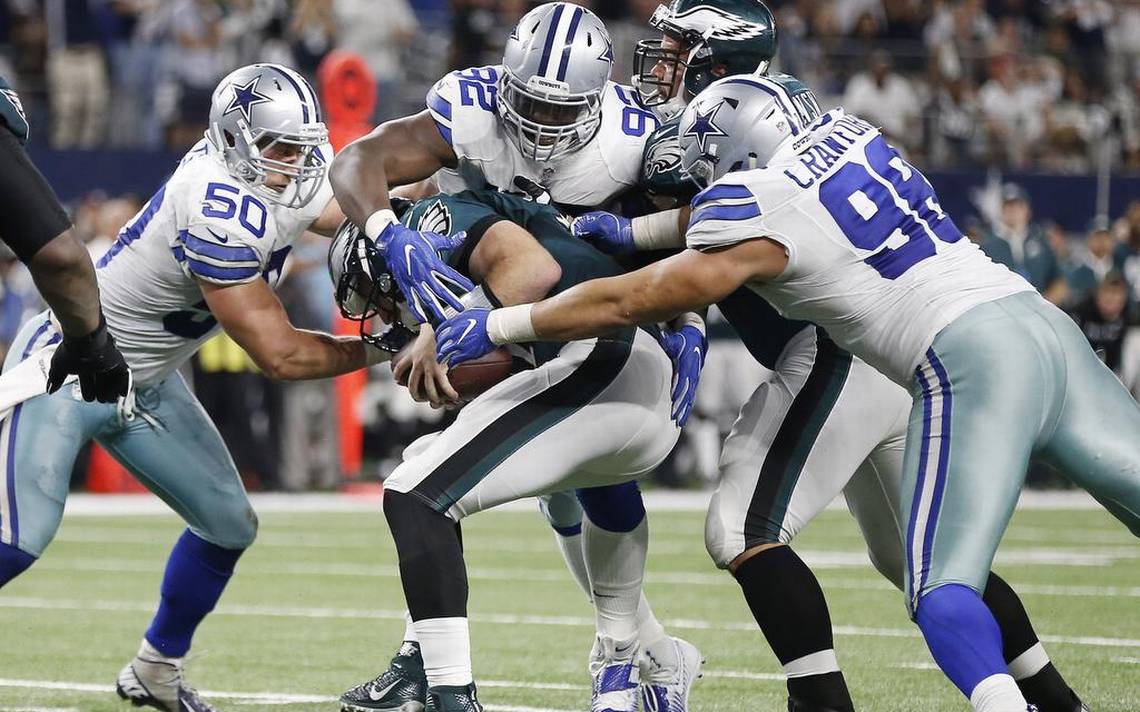 Already employing a rotation along their defensive line, Cowboys DT Cedric Thornton's roster status may not be in jeopardy, but his playing time at the 1T position certainly could be.

The Cowboys feel good about their depth on the interior of the line with second-year player Maliek Collins holding down the 3T position, surrounded by contributions from Thornton, David Irving, Tyrone Crawford, and Stephen Paea.

More snaps off may even help Thornton make more plays as a disruptive 1T DT, but not if his role becomes entirely diminished by any combination of Paea, Irving, or seventh round picks Joey Ivie and Jordan Carrell. 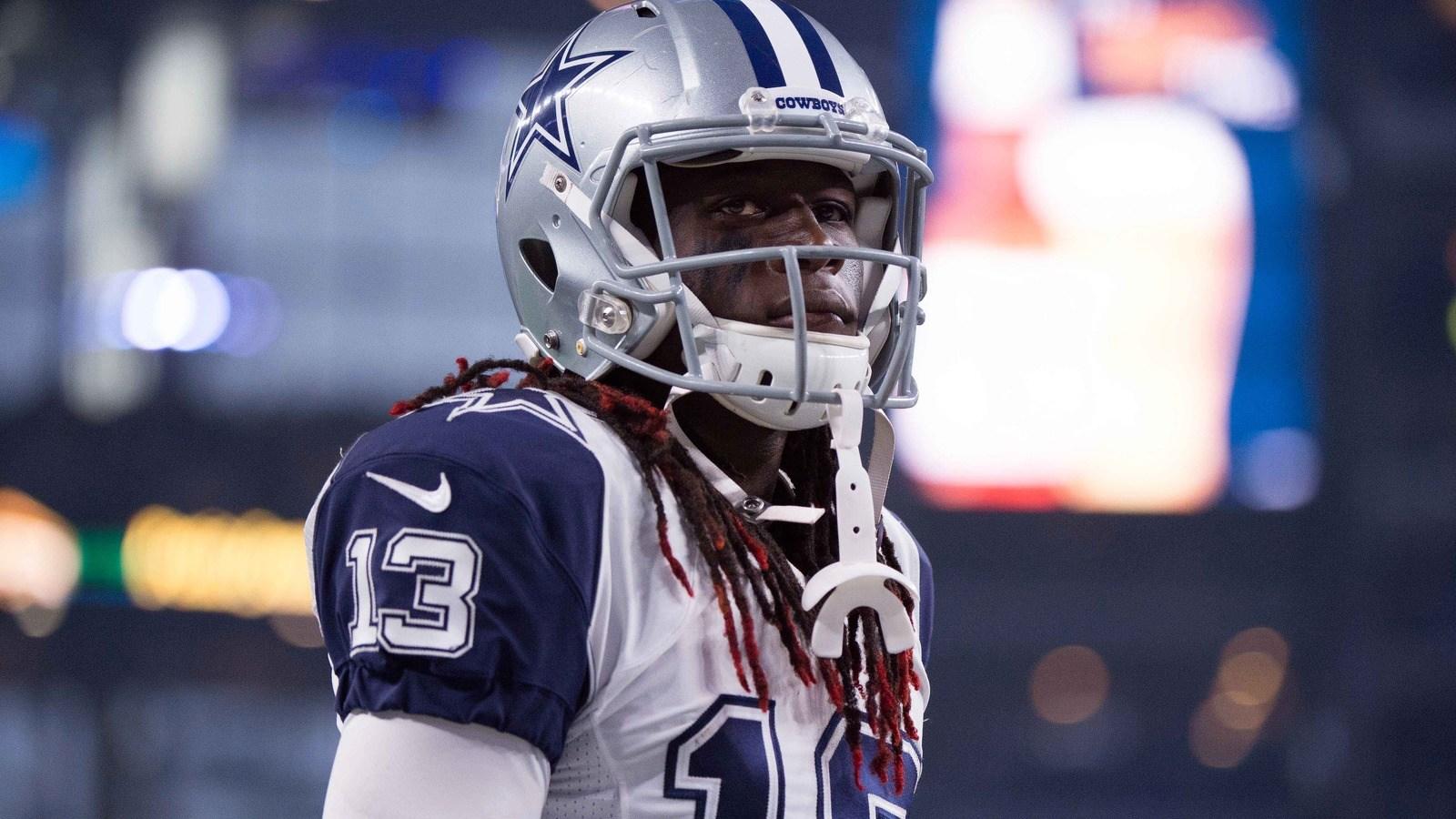 On a roster as competitive as the Cowboys, Lucky Whitehead's role is incredibly limited – and the gadget player/return man has left the door wide open to be replaced by not only a more dynamic but a more complete one too.

This player could be the 133rd overall pick Ryan Switzer, who served as a do-it-all offensive weapon and dangerous punt returner in the ACC at North Carolina.

Quincy McDuffie was also added from the CFL this offseason as a return option, creating additional competition for Whitehead, but using a fourth round draft pick on a receiver that fits the mold of Lucky's replacement is a telling sign for Whitehead and the rest of the WRs fighting for opportunity in what projects as one of the league's best offenses in Dallas this season. 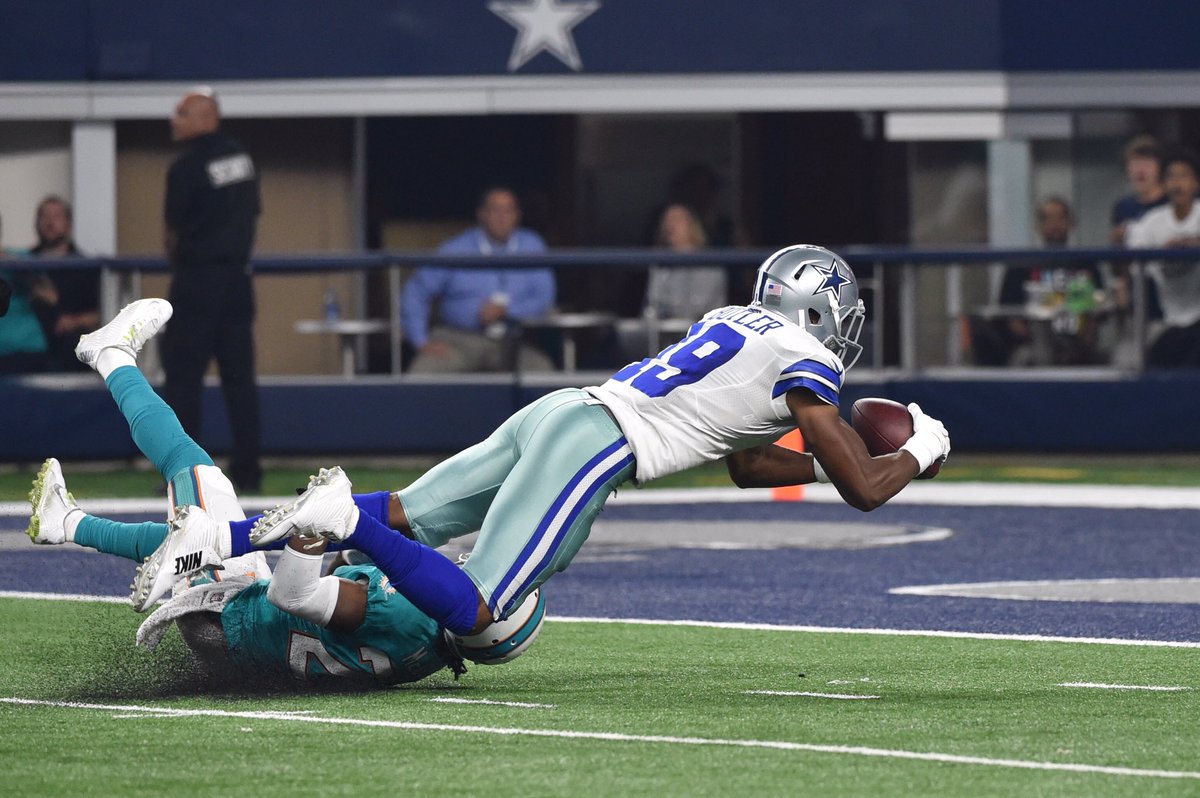 A look at the way the Cowboys have handled Brice Butler's status on the WR depth chart this offseason is a great example of how the team wants to build the entirety of the roster through competition.

Once an absolutely necessary target to have on the outside in the absence of Dez Bryant, Butler is signed on a new one-year deal only through 2017 and will have to earn his chances against both Ryan Switzer and Noah Brown.

Switzer projects more as a gadget player and slot WR offensively, but the Cowboys' fourth round pick could still take Butler off the field in certain situations – a one-dimensional player at times as is with downfield speed but inconsistent hands.

Noah Brown will be motivated to earn a tough roster spot at receiver thanks to his blocking ability, an elite trait of his that is absolutely valued in Scott Linehan's offense. This too could push Butler to become more consistent and contribute at the top of the depth chart with the likes of Bryant, Williams, and Beasley.

The heat of the upcoming summer months are sure to bring with it plenty of heated competition for roster spots on the Dallas Cowboys through training camp and the preseason. Head Coach Jason Garrett would not have it any other way, and with his front office orchestrating another solid draft, look for some young players to try to continue the youth movement in the silver and blue.

Malik Hooker joined the Cowboys this offseason after his rookie contract with the Indianapolis Colts expired. But had he not been such an attractive...
Read more

couldn’t agree more with these. Training camp might be the best it’s been in years with all of the competition that is about to take place. This doesn’t even include the Right Tackle, Left Guard spots (which I know you left out because they weren’t drafted). Crazy amounts of competition happening.

The defense is getting younger AND better and that is super exciting.

I would be more than ready to see this secondary, looking forward to training camp as well!

No doubt. Just wrote on Jess’ piece about how they are going to have some options with how they deploy their DBs.

If they want veterans in the nickel you could see Carroll, Scan, Brown, Jones, and Heath.

If they want to mix it up with youth, Carroll, Lewis, Brown, Jones, Awuzie.

That 3-2-6 we saw them run a lot last year may become pretty prominent again.

All the athletes. All the turnovers.

I think Scandrick has @ least one more year in Dallas. he’s basically the anchor for a rookie Secondary.

Sean Martin
Reply to  deal with it

I absolutely agree, this is simply a better football team all-around with Scandrick as a veteran option at CB. He also deserves to be here for any playoff success, and can be a part of it if he remains healthy.

Think the team is scared a bit as well, or they at least want to see how he handled some pressure from Switzer. Drafting, in their books, this class’ top return man is a huge red flag for Whitehead.