The Dallas Cowboys took a big step towards putting their perceived best five offensive linemen on the field at Wednesday's second day of minicamp, as 2016 free agent acquisition Jonathan Cooper was finally given the start at left guard.

The Cowboys are entering their first season since 2009 without Doug Free as their starting right tackle, which prompted them to move projected LG La'el Collins to Free's RT spot. This has left Chaz Green (once the leading candidate to replace Free and allow Collins to start again at guard), Joe Looney, OT Emmett Cleary, and Jonathan Cooper as Dallas' depth to find an answer at LG.

Jonathan Cooper is by far the sexiest name on this list, as the former first round pick could resurrect his career by playing in between first round selections and Pro Bowlers Tyron Smith and Travis Frederick.

Cooper has obviously not lived up to his draft status as the Cardinals' seventh overall pick in 2013, breaking his fibula in his first preseason to start his NFL career. Injuries would be the story for Jonathan Cooper with the Cardinals before he was traded to the Patriots and later released. 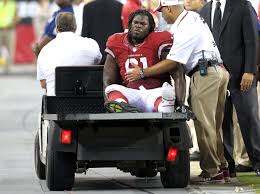 Most recently, Cooper was seen starting three games for the Browns in 2016 before being released in December and signed the next month by the Cowboys. Our Staff Writer Kevin Brady picked up with evaluating Cooper's tape in Cleveland and found plenty of positives.

There is little doubt that Dallas presents the best chance for Cooper to turn around his pro football career, re-signed this season initially for depth but now working as a starter – a move that feels long overdue at this point in the offseason for Cowboys Nation.

Cleary had his limited flashes at LT in 2016, and Green has reportedly looked solid at a brand new position inside, but Cooper is a natural scheme fit to block in space at LG and propel the Cowboys' running game to an entirely new level with Ezekiel Elliott in 2017.

Bryan Broaddus reviewed Jonathan Cooper in his first minicamp practice at LG – having previously seen him at center during OTAs – and had this to say:

“Jonathan Cooper took the majority of snaps at left guard with the first offense. I didn’t notice any major problems technique-wise…”

Since the Space Cowboys have come together as the consensus best offensive line in the NFL, this current offseason has likely brought the most uncertainty to the unit with changes at two positions. Assuming for a second the Cowboys feel certain about La'el Collins returning to his college position of tackle, Jonathan Cooper should get his shot to be a part of this special group as the Dallas Cowboys' starting left guard – a spot that now belongs to him as of the start of minicamp.

The Cowboys offensive line coming out of this reshuffling as their best ever incarnation for this young and loaded offense to take advantage of? This is a very real possibility, and one that opposing defensive coordinators around the league should already be losing sleep over.

I have to be honest, I’m both thrilled and concerned about Cooper playing LG. There have been discussions about his injuries robbing him of his mobility. While playing guard doesn’t exactly give you visions of nimble athletes, Dallas likes to employ pulls with their line, especially their guards. If Cooper is unable to move well in space, something that WAS a part of his game when he was drafted, it will cause some creative work on Linehan’s part to solve his pulling game.

I’ll be quite interested in watching Cooper play in the preseason to try and tell if he’s able to handle all the duties the Cowboys expect of him.

Hard to look through a window and know what’s going on inside, so far the scoutscoaches have done a hell of a job with what they have in front of them.
Just like real life, piss in one hand and wish in the other, which one fills up first. And let’s all enjoy what we have not what we hope for.

Marinelli has been making silk purses out of sows ears since he got here, give him some silk and let’s see what he does with it.

If Garrett built the Oline in his image in 3yrs what makes you think it’s going to stop, I’m a fan of the ‘RHG’ and it took a while, but when I finally saw the ‘Process in writing it made sense, 3yrs to 5yrs and can’t wait to see the next 10. Garrett could be Jerry’s fadora for another decade.

All hail the red headed genius known as (‘RHG’) ftom here on.

Saw him speak at Princeton his 1st year as Coach, he is a motivator. And his Process is working. 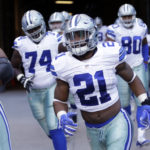 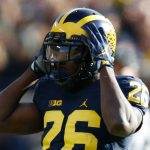